This week we’re seeing Sony Ericsson teasing what’s more than likely an Android device under a fancy white sheet saying it’s Something Big and that it’ll be revealed next week – this setting it precisely in line with CES 2012. We’ll be there, of course, to see it pop out of the sheet, and you’ll be the first to know here at SlashGear, but let’s do a bit of thinking on what it might be now: a phone? Perhaps a brand new tablet? More than likely it’ll have something to do with the gigantic photos that leaked last week.

We had a short glimpse of what Sony Ericsson’s next device might be last week in a set of photos which said that its camera, at least, would be gigantic. It was the Sony Ericsson LT28a set for release on AT&T’s network, very possibly an LTE device, mind you, and its camera was (and probably is) 13 megapixels big! That’s one massively impressive device specification on its own, of course, but get this: also included was a dual-core 1.5GHz processor under the hood. Sony Ericsson, are you bringing something awesome to the show? 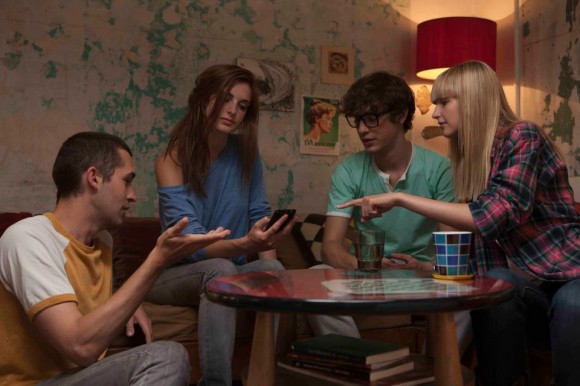 Also presented by Sony Ericsson was this image of a crew of ladies and gentlemen gathered around one device. This device looks to be standard sized, black, and rather interesting if their looks show off its results. We’ll see what we’re getting at next week – for now, courage. Sony Ericsson has now showed this device off on Google+ as well as Facebook, where you can apparently win one if you guess what it is!