Sony may have not become a small-time player in the mobile market but there was a time when it eclipsed Samsung and went head to head with the old Nokia and Motorola. That was during its time as Sony Ericsson, when it launched notable (Symbian/UIQ-based) smartphones as well as flaunting the still popular Xperia line. It also dared to come out with innovations that may have been far ahead of its time, like the Xperia Play gaming phone and this VAIO-branded smartphone that has now come to light as a canceled prototype.

Phones with sliding keyboards aren’t actually new. In fact, the very first commercially available Android phone, the HTC Dream, had one, though one could argue it was the display that slid out and not the other way around. Today, there seems to be a renewed interest in a phone that could be used like a mini-laptop but it was actually Sony Ericsson that first came out with one. Or at least should have if it didn’t scrap this unnamed phone. 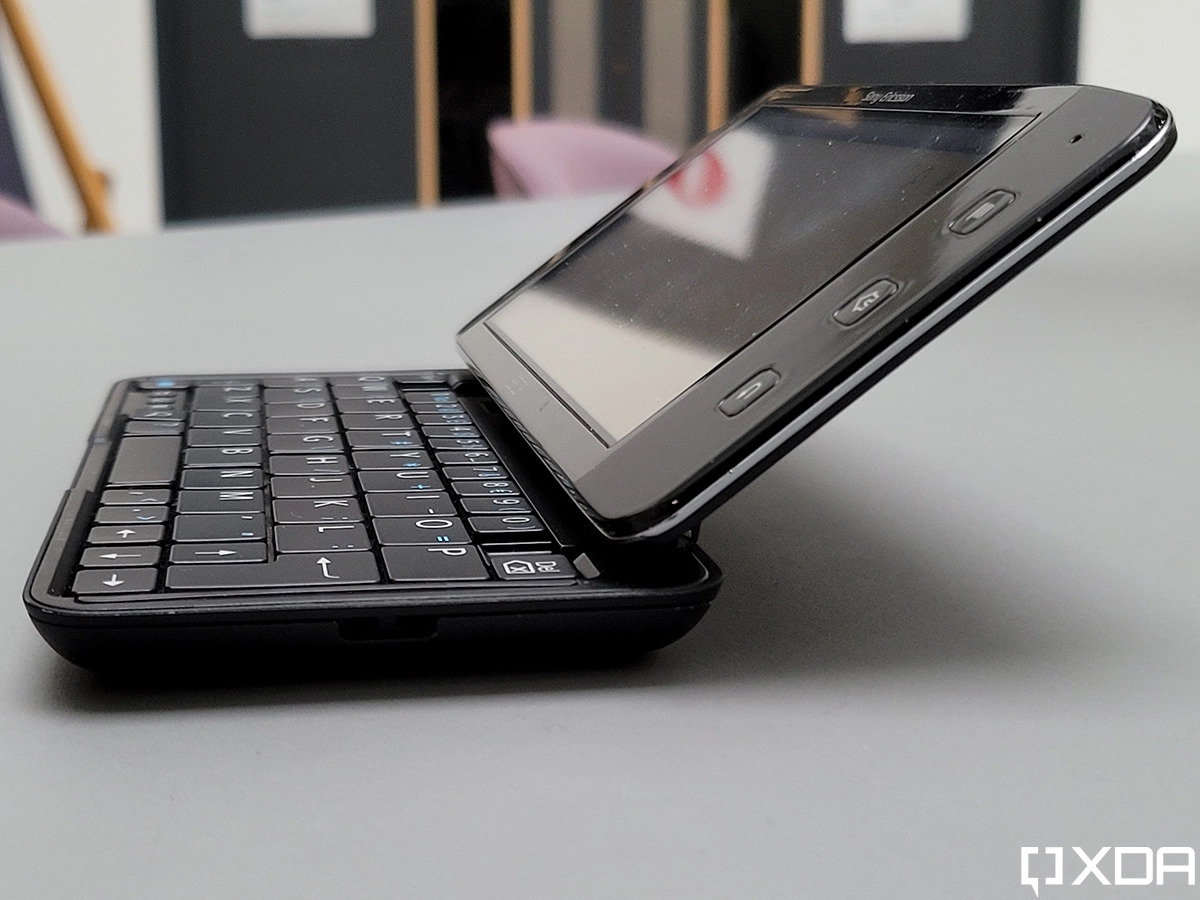 What makes this Sony Ericsson VAIO phone different is that it had a two-stage hinge where the phone can either lay completely flat or the display angled up a bit. The latter makes it easier to use the phone in an almost laptop-like configuration which is supported by the rubber feet at the bottom. 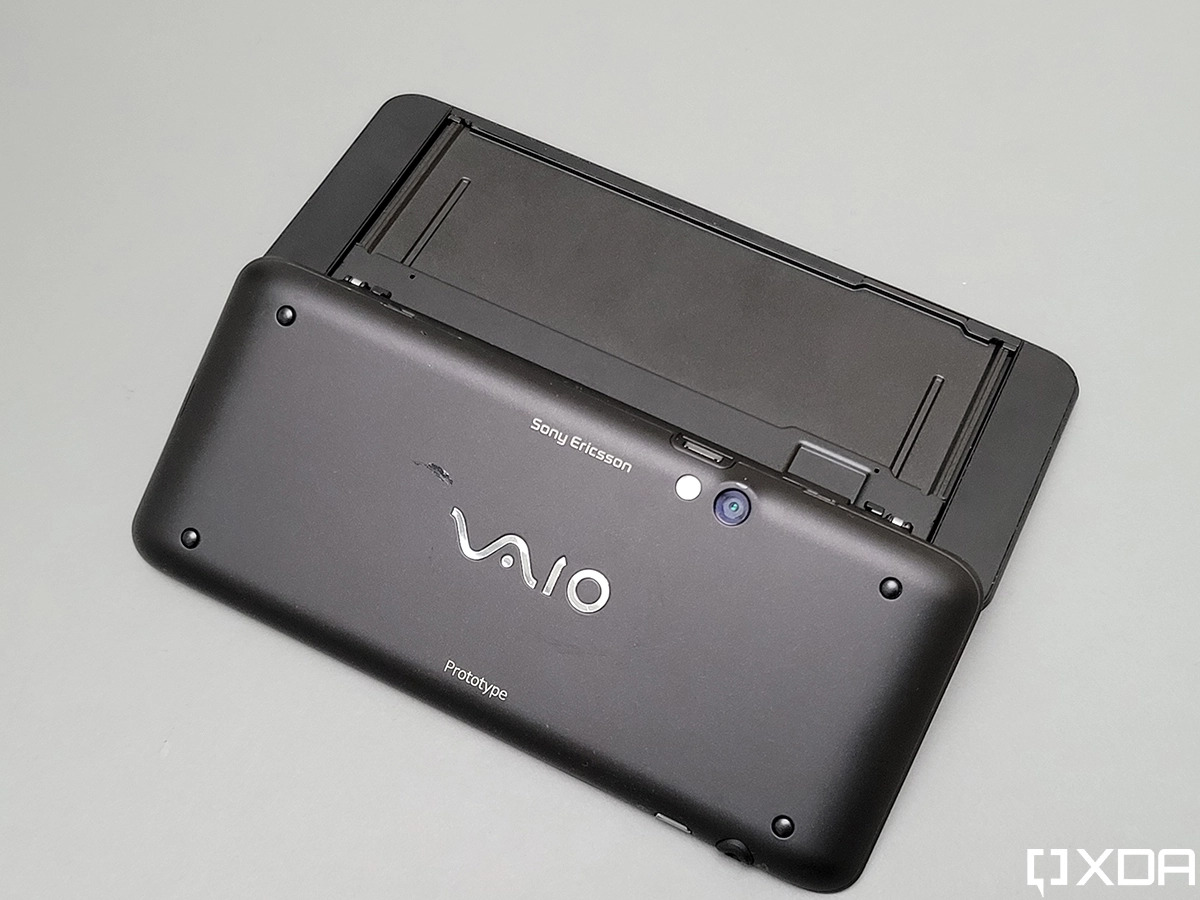 The keys themselves are unconventionally large, again supporting a mini-laptop use case. The layout manages to cram in dedicated Android navigation buttons and a dedicated Search key. The phone itself has those same navigation buttons, an artifact of a bygone era. Likewise, the device is running Android Eclair, version 2.1 from 2009 for those who remember. 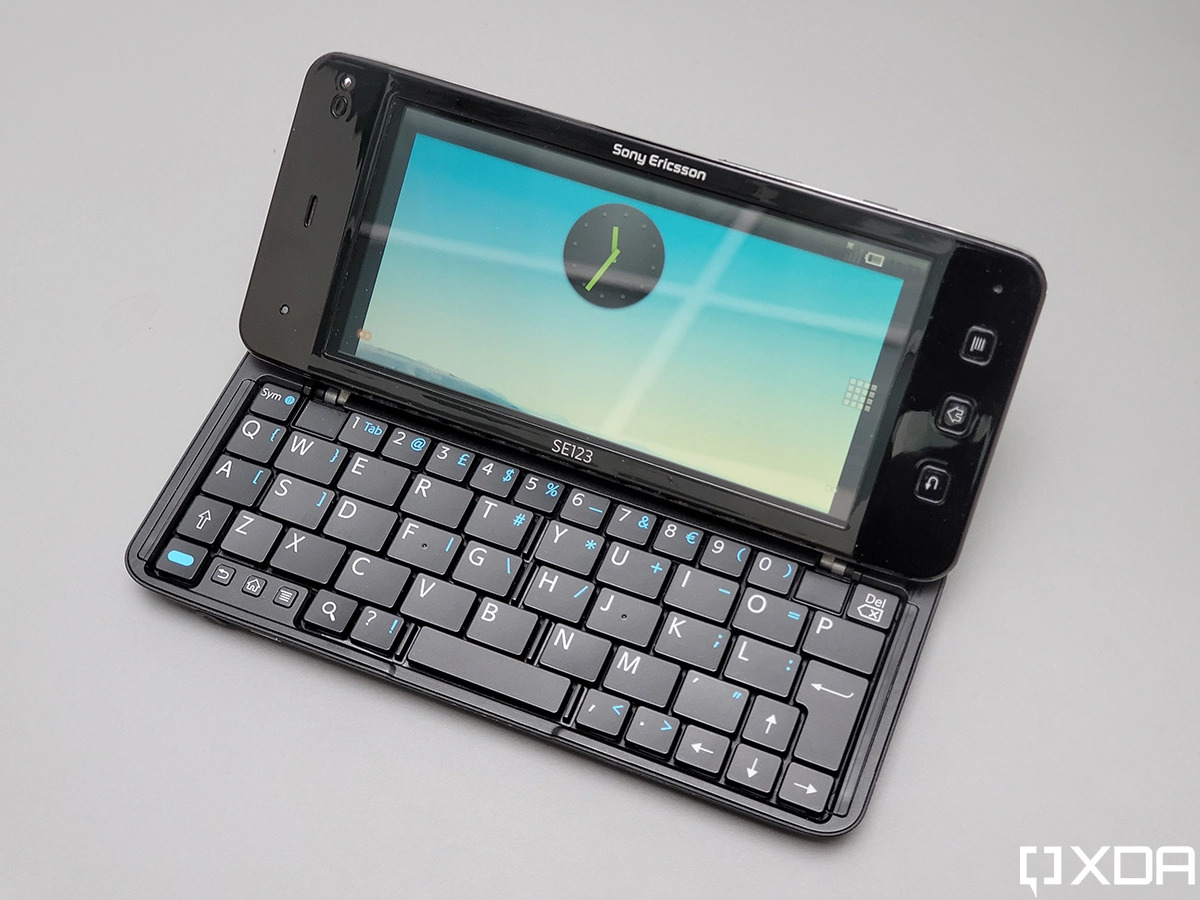 What happened to the plans for this Sony Ericsson VAIO phone will probably remain a mystery and its unfortunate fate will have some wishing it didn’t end that way. The smartphone landscape has changed considerably since then and such a phone would probably spark not just interest but a modest volume of sales. Unfortunately, Sony today is also a very different beast and it is highly unlikely it will ever go down that road at this point in time.