Ebook or e-ink readers are far from dead, especially considering how tablets themselves are struggling for survival. Digital paper devices are, instead, going through a transformation, incorporating new features that were once limited to touch screen tablets like iPads and Androids. Sony’s DPT Digital Paper series is one this new breed of e-readers and a smaller, more portable version is coming to the US in the form of the 10.3-inch DPT-CP1, available for pre-order now.

The first generation of ebook readers, represented by the Amazon Kindle and its rivals, were pretty much digital versions of books. In terms of interaction, however, they may sometimes be even worse than physical books. At least you can write notes on a book, for example.

Newer ebook readers have become a bit more complicated and straddle the fine line between digital paper and full tablets. Some even run Android underneath. Sony’s DPT series is still a bit tame in comparison though it does add not only a touch screen but also a pressure sensitive stylus for scribbling notes and making black and white pencil art.

The first Sony DPT already arrived in the form of the 13.3-inch DPT-RP1. The new DPT-CP1, announced just last month in Japan, sports a smaller 10.3-inch screen, a “notebook” to the RP1’s “letter” size. Functionality-wise, however, the two are practically the same, exhibiting the same features, like a 16-thumbnail overview, Wi-Fi and Bluetooth connectivity, and zoom and pan touch interface. 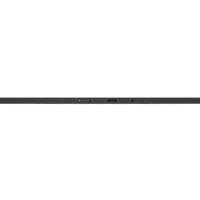 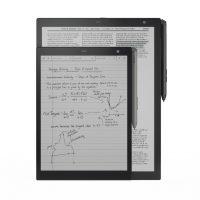 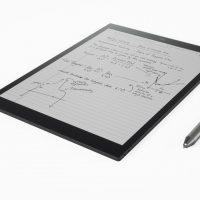 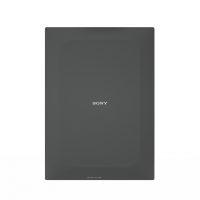 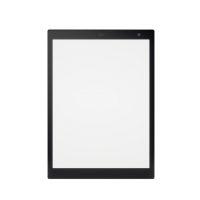 There is, of course, also a difference in price. The Sony Digital Paper DPT-CP1 retails for $599.99, $100 lower than the larger RP1. Pre-orders are now available on Amazon and B&H with shipping scheduled to start next month.