Sony hasn’t been left behind in the Ultra HD gush, with its own oversized 4K TVs as well as a concept Ultra HD media player which we’re hoping spawns a commercial version. The company announced a line of up to 84-inch Ultra HD sets at CES this week, including the X9000A series with its prominent speakers taking pride of place around the bezel.

Sony’s using “4K X-Reality PRO” branding for its Ultra HD models, which start at 55-inches. The 84-inch XBR-84X900A, for instance, has a total of ten speakers, and comes with a One-touch NFC remote which allows for easy pairing and streaming from an Xperia smartphone or tablet. 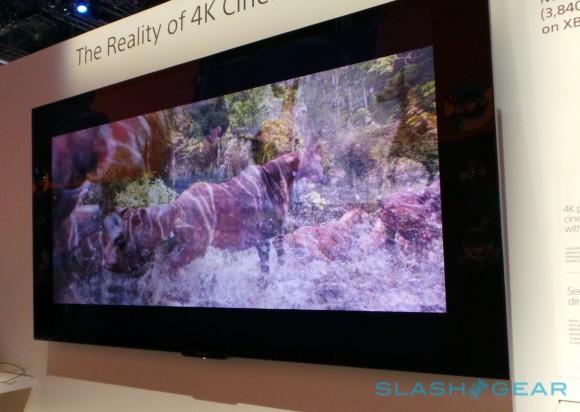 As for what that 3840 x 2860 resolution can do, Sony had a display showing a full newspaper spread on a single display, with all the text legible. There’s a close-up shot in the gallery below. 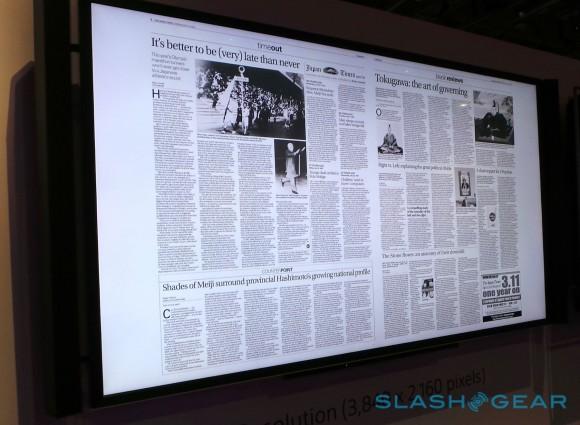 Unfortunately, the 4K media player is being described as just a prototype for driving Sony’s demo displays here at CES; the company says it has no specific plans to release it. The hatbox-style design does have some history, however; Sony had a range of similarly-shaped VAIO PCs back in 2007.