We’re live in Milan today, covering Sony’s latest announcement. In fact, Sony showed off a brand new marketing campaign today that’s intended to demonstrate their latest technology behind their BRAVIA televisions. The tech is called Motionflow 240Hz and in order to show off what the latest in motion picture technology is capable of, Sony resorted to the oldest method of creating motion pictures: the zoetrope.

A zoetrope is a device that uses static images but when spun at high speeds, create the illusion of movement. The Sony BRAVIA-drome feeds off of this 19th century technology to make for a device that is 10 meters across and spins at over 40 kph.

The subject of BRAVIA-drome is soccer, and this acts as the perfect way to show off how Motionflow works. In actually gets rid of jerkiness and shows the ball traveling in the air smoothly. This reproduces the feeling of being there live at the game. The new ‘drome is the subject of a commercial that will be used worldwide. Filmed in Venaria, which is near Turin, Italy, it shows a soccer star within the images in the BRAVIA-drome. 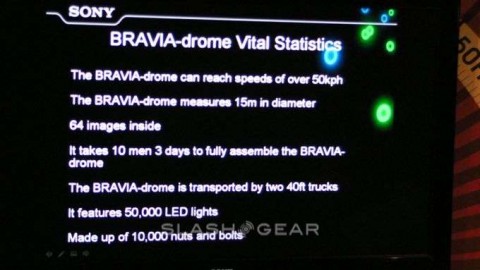 The commercial itself shows the faces of those in the audience standing in awe of this massive device. And it’s no wonder people were impressed. The BRAVIA-drome is capable of reaching speeds of over 50kph, requires two 40-foot trucks to transport it and weighs in at ten tons. It’s believed to be the largest zoetrope ever built!

The Motionflow 240Hz technology helps smooth out the jumpiness experienced on a normal television set. This works by significantly boosting the number of images, thus the frame rate. A “transitional picture” is placed between images in fast-moving parts of video, providing for smooth picture that is more pleasing to the eye. 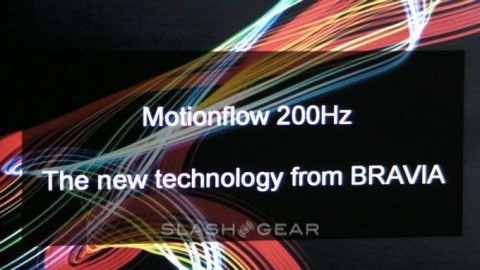 This transitional picture is actually created by this Motionflow tech. It works by examining the images that precede and follow a particular image–especially during fast moving parts of a sports event or during an action sequence in a movie. All of the quick cuts and fast movements can cause a problem with how the sequence is subsequently viewed. By examining the prior and following image, Motionflow then adds an image in between that can make that car chase–or the movement of a soccer ball, in the case of the new ad campaign–look natural without any noticeable gaps in movement. 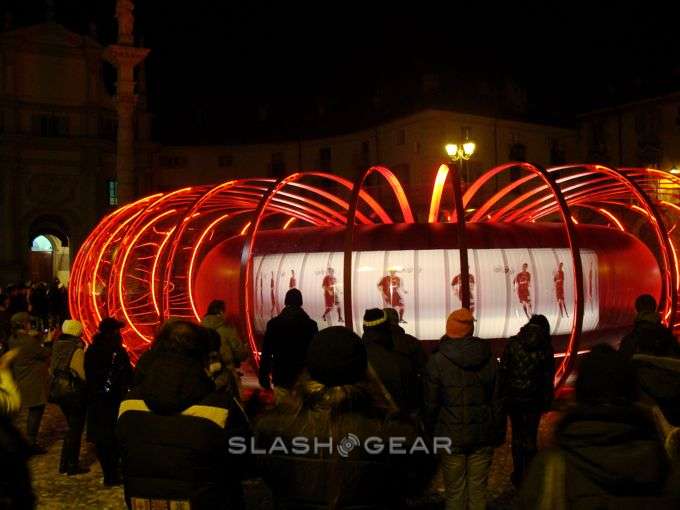 It’s really rather impressive and the whole BRAVIA-drome effort shows Sony is serious about promoting their newest technology. Check out our video from the press event below: