Sony has taken the wraps off its Sony Alpha A9 II, a mirrorless camera featuring a full-frame 24.2-megapixel CMOS sensor, the company’s updated BIONZ X image processor, support for creating voice memos, and more. The model is suitable for a range of professionals, including everyone from photojournalists to sports photographers.

The Sony A9 II features up to a 6,000 x 4,000 resolution with support for different aspect ratios, including the common 4:3 and 16:9. Images are crisp thanks to 5-axis sensor-shift stabilization; other features include 14-bit depth and support for saving photos in RAW file format in addition to the common JPEG format. 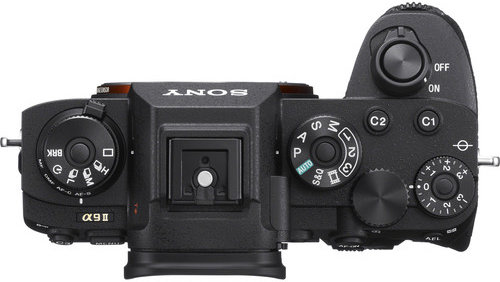 In addition to its compact size, the A9 II features a 3-inch 1.44 million dot tilting touchscreen alongside a 3.68 million dot OLED electronic viewfinder. The updated model features dual-band 2.4Ghz and 5.0GHz WiFi in addition to a 1000BASE-T speed Ethernet port, USB 3.2 Gen 1 Type-C, and dual SD card slots with support for UHS-II cards.

As mentioned, the camera also supports voice memos, which is a feature described as a way for photographers to record up to 60 seconds of audio to go alongside an image. The idea is that a photojournalist working in the field can quickly leave a verbal note with a particular image, offering key details that’ll accompany the photo when it is wirelessly transferred to their editor.

As expected, the new model likewise supports recording up to 4K Ultra HD video at up to 30fps. The model brings Real-Time Eye AF for video recording, as well as Interval Shooting and expanded Multi-Interface Shoe support. Sony notes that it didn’t include Picture Profiles with this model, however. As far as the battery is concerned, users can expect up to 500 shots on a full charge using the EVF, a figure that jumps to 590 when using the LCD.

The item will be available to preorder starting today at $4,498 USD.