Sony A7 and A7r camera specs and images leak

Images of two new Sony Alpha digital cameras have leaked online. The images are of the Sony A7 and A7r and both are fitted with lenses that will be available for the cameras in the leaked pictures. The cameras look very similar, but have some differences in their specifications.

The A7 has a resolution of 24-megapixels. In the photograph it is paired with a 28-70 mm lens. The A7r digital camera is tipped to have a resolution of 36-megapixels and is seen in the image of the 35mm f/2.8 Zeiss lens attached. The A7 will reportedly cost $1698 for the body alone. 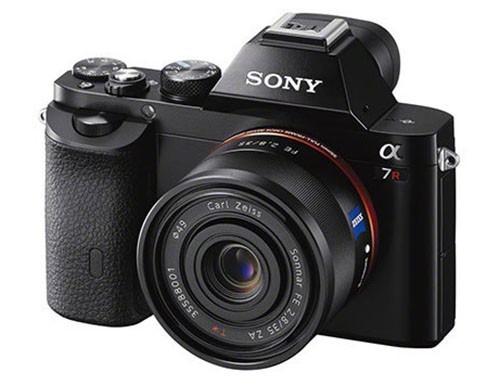 When equipped with at 28-70 mm lens the camera kit will sell for $1998. The Sony A7r is tipped to cost $2198 for the body alone. Both of the cameras have an OLED electronic viewfinder with 2.4 million dot resolution. Images are reportedly stored to SD cards and the cameras use NEX batteries.

The LCD screens on the rear of the cameras tilt and both feature integrated Wi-Fi and NFC technology. The cameras also have a new LAEA Full Frame A to E-mount adapter and an optional vertical grip. The cameras are tipped to work with current NEX APS-C lenses and crop mode or in full frame mode if shooters are okay with heavy vignetting and dark corners.