These rare Sonos speaker deals include our favorite soundbar

There are plenty of multi-room audio options out there, but few have the reputation that Sonos does, which is why a Super Bowl season deal on some of its best connected speakers is worth paying attention to. Sonos kit is rarely on sale, and you have until February 3 – the kick-off date for Super Bowl LIII – to invest.

If you’re new to the multi-room speaker party, here’s the rundown. Sonos’ speakers create their own mesh network in-between each unit, and then hook up to your home router – either wired or wirelessly – to stream music from the cloud. You can link accounts from a wide variety of streaming services, including Spotify, Apple Music, and Tidal, as well as play tracks locally from your smartphone, tablet, or computer, or indeed from network-attached storage.

Newest speaker in the deal is the Sonos Beam. It’s designed for those people who want a compact soundbar, and is notable for also having Amazon Alexa integrated. It’s down to $349, a $50 saving off the usual price.

If you’ve got a bigger room, or just want more bass, the Sonos Playbar is also in the promotion with an even bigger, $100 saving. It’s on offer for $599. You don’t get Amazon Alexa integration, but if you have an Echo smart speaker – like this Echo Dot, which is also part of a promotion for $29.99 instead of the usual $50 – you can use that to control the Playbar by voice too. 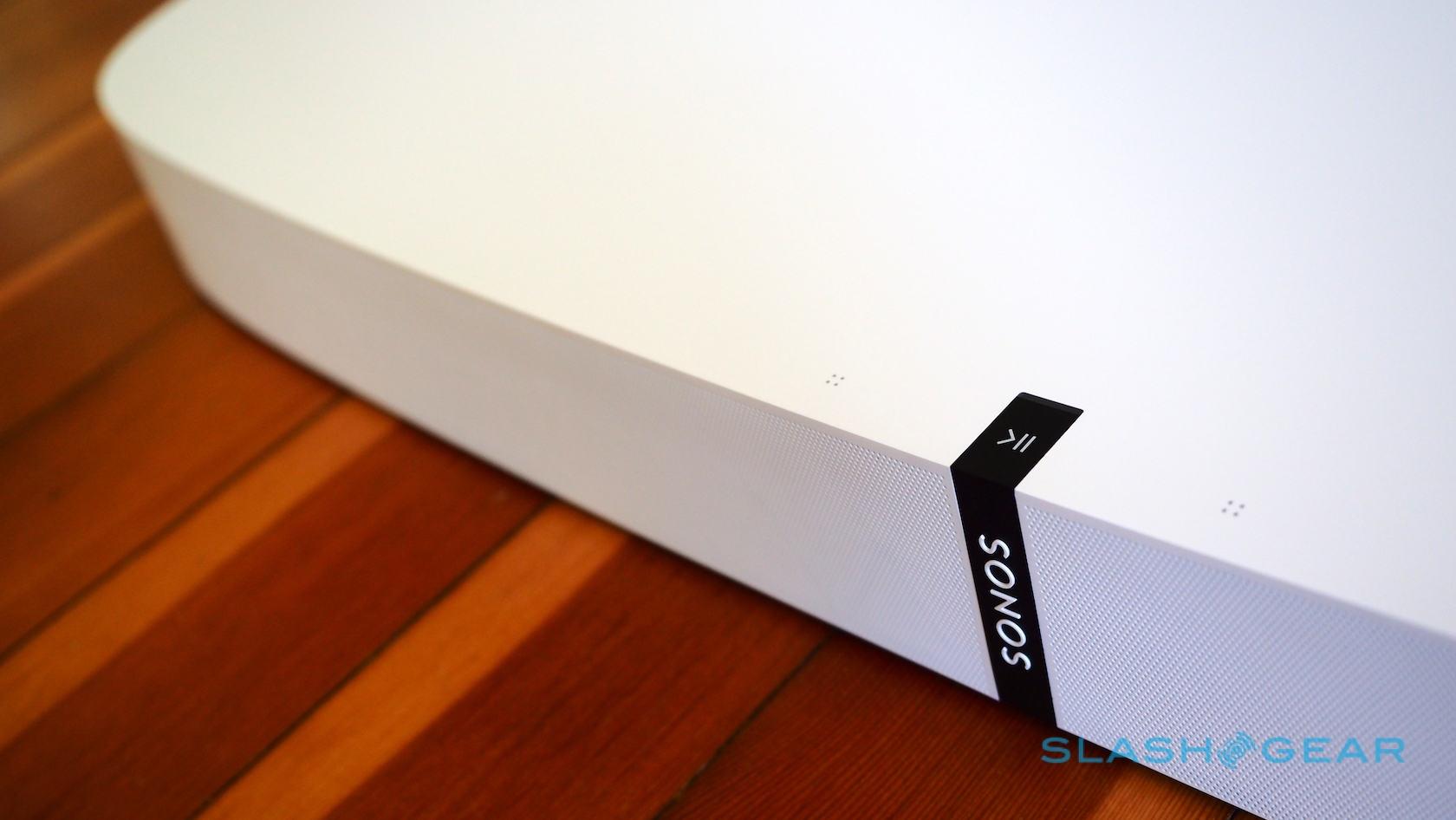 Sonos’ other TV speaker, the Sonos Playbase, is also available with the same deal as the Playbar. It’s usually $699, but is being discounted by $100 to just $599. Flatter but deeper than the Playbar, the Playbase is designed to sit underneath your TV.

All three can be combined with the Sonos Sub, which is a wireless subwoofer. It, too, is now reduced to $599. That’s also a $100 saving compared to the usual price.

If you’re looking for an instant home theater setup – which can of course also be used for streaming regular music – Sonos has a bundle deal, too. The Sonos 3.1 Entertainment Set is $1,198 – a $200 saving off the usual price – and comes in two versions. You can either have a Sonos Playbar and a Sonos Sub, or a Sonos Playbase and a Sonos Sub.

All of the deals will run until February 3. If you just want to start out small, meanwhile, a bundle of two Sonos One smart speakers – which each act as an Echo smart speaker with Alexa built-in too – is currently $379. That’s a $24 saving over buying them separately.