Here’s something new for the “things nobody asked for and would never want anyway” pile: DC and WarnerMedia have teamed up to make a new comic series promoting HBO Max. Corporate team ups like this are nothing new, and indeed, Warner has been doing its best to position HBO Max as the hottest streaming service around, but we can’t help but wonder if maybe HBO’s marketing teams should focus on giving these ideas a little more time in the oven.

In any case, this new comics series is unsurprisingly called “To The Max.” It centers around three different characters: Hector, Brian, and Olivia, whose initials form “HBO.” The three heroes are apparently ordinary people until they meet Max the dog, who gives them powers that allow them to become superheroes. 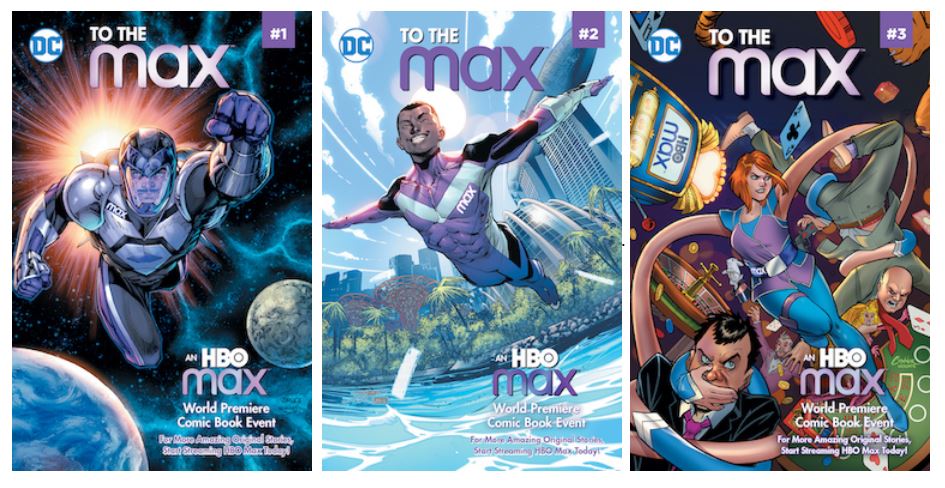 “The comics embody the theme that HBO Max has something for everyone and that everyone can be their own superhero and take themselves to the max!” Warner’s announcement today reads. Apparently, scattered throughout these three, eight-page comic books are various Easter Eggs referencing HBO Max’s content, including Friends, Game of Thrones, Sex and the City, and The Big Bang Theory.

If you feel so inclined and you’ve got the bandwidth to waste on something like this, you can download the comics today from various digital retailers. Those include the DC Comics website, Apple’s iBookstore, the Google Play Store, Kindle, Nook, and the DC Comics app. The comic books are free to download, though something tells us that WarnerMedia and its parent company AT&T would have charged for them if they thought they could get away with it.

So, there you have it: in its desire to spread the word about HBO Max far and wide, WarnerMedia has somehow convinced DC to create a series of comic books about the streaming service. In the future, historians may view this day as the point where the streaming wars went too far, and you’ll be able to tell your grandkids that you were alive to see it. Lucky you.