There are plenty of reasons to love the Pixel 4 and 4 XL but there is also a lot to not like about it. It seems that its Project Soli-based radar is just as divisive, especially when it comes to its usefulness. Designed primarily for hands-free navigation of a limited number of apps, Google’s ATAP research arm is now launching a “sandbox” app that perhaps aims to sell the idea of using that sensor for more things, at least if developers become interested enough.

To be clear, this Soli Sandbox app is not a tool for developing production apps. It says so on the app’s description! Its specific purpose is to let web app developers test how to use the Pixel 4’s radar to control their prototypes. They will still have to do all the development on their desktops (or Chromebooks) and then connect the app via the prototype’s URL.

We are excited to announce Soli Sandbox, a simple app that adds Soli interactions to your JavaScript prototypes through the Soli Sandbox app; only on Pixel 4. Not available in all countries.#solisandbox #motionsense

To that end, developers are given four kinds of gestures to work with, including the usual taps and swipes as well as presence and reach. This would give developers a sense of how such kinds of interactions can broaden the experiences they can offer. Presuming, of course, users would have a device capable of doing radar-based gestures.

Unfortunately, the requirement for this app is probably one of the highest around. Not only will you need a Pixel 4 or 4 XL, the only phones that have a Soli radar, you also need to have that radar enabled for your country. That is still an extremely tiny list, which means very few of those developers will be able to utilize this Soli Sandbox app anyway. 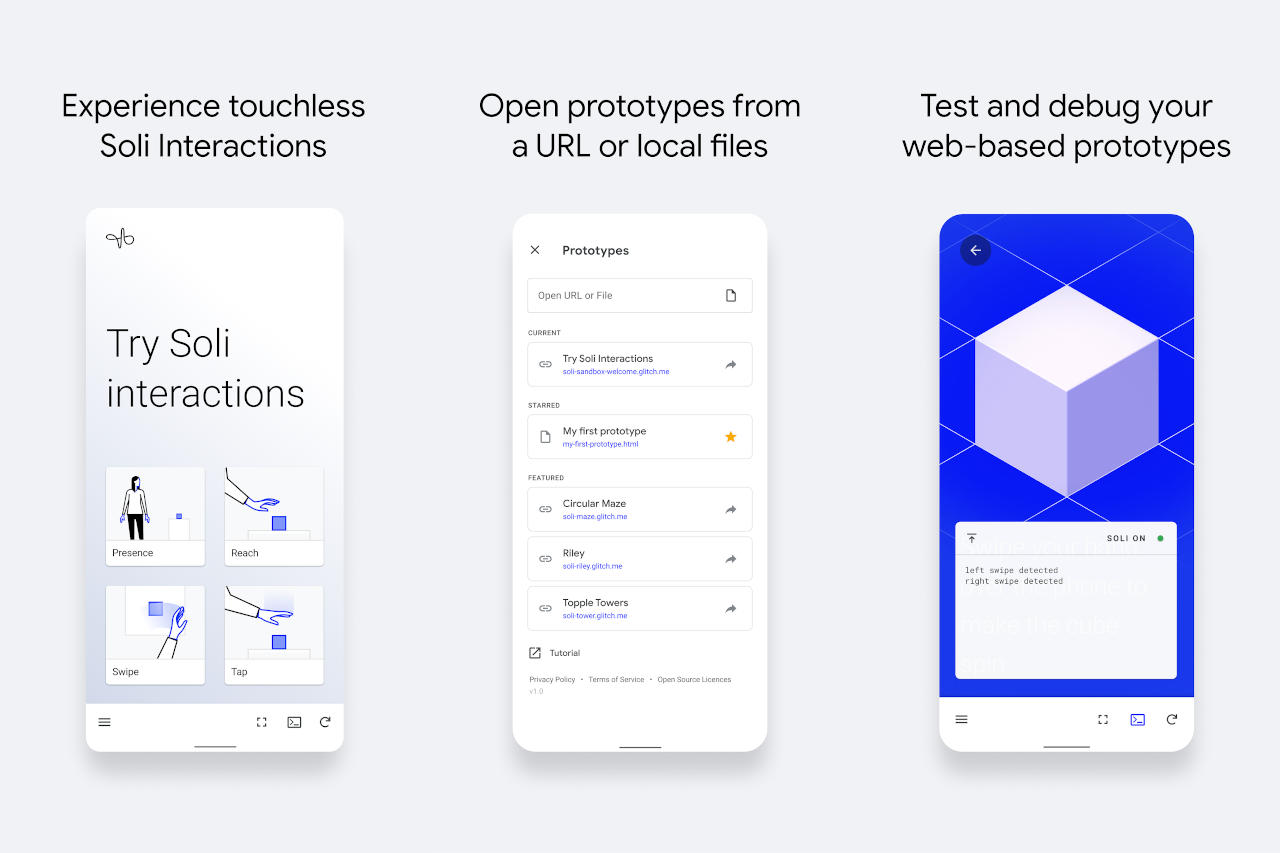 Aside from the underutilized hardware that people will be paying for even if they can’t use it, the Pixel 4 has so far garnered mixed reviews. That is perhaps why there are many who are looking forward to the Pixel 4a that may not have all the bells and whistles but whose price might at least match what they’re getting.