A monumental collision strong enough to jolt Uranus off its rotational plane and forever change the planet’s behavior could explain one of the long-standing mysteries about the oddly-tilted ice giant. New research dug deep into theories that suggested, as happened to Earth billions of years ago, a huge celestial crash might have led to the strange behaviors observed from the seventh planet from the Sun.

An ice giant, and the fourth-largest planetary mass in our Solar System, Uranus has the coldest atmosphere and the third-largest radius. What’s left scientists scratching their heads, though, is the planet’s unusual axis of rotation.

Like the rest of the planets in the Solar System, Earth included, Uranus orbits the Sun on the same plane. Unlike the rest, however, Uranus’ own rotation doesn’t occur with the poles perpendicular to that plane. Instead it’s tilted over, to around 98-degrees. 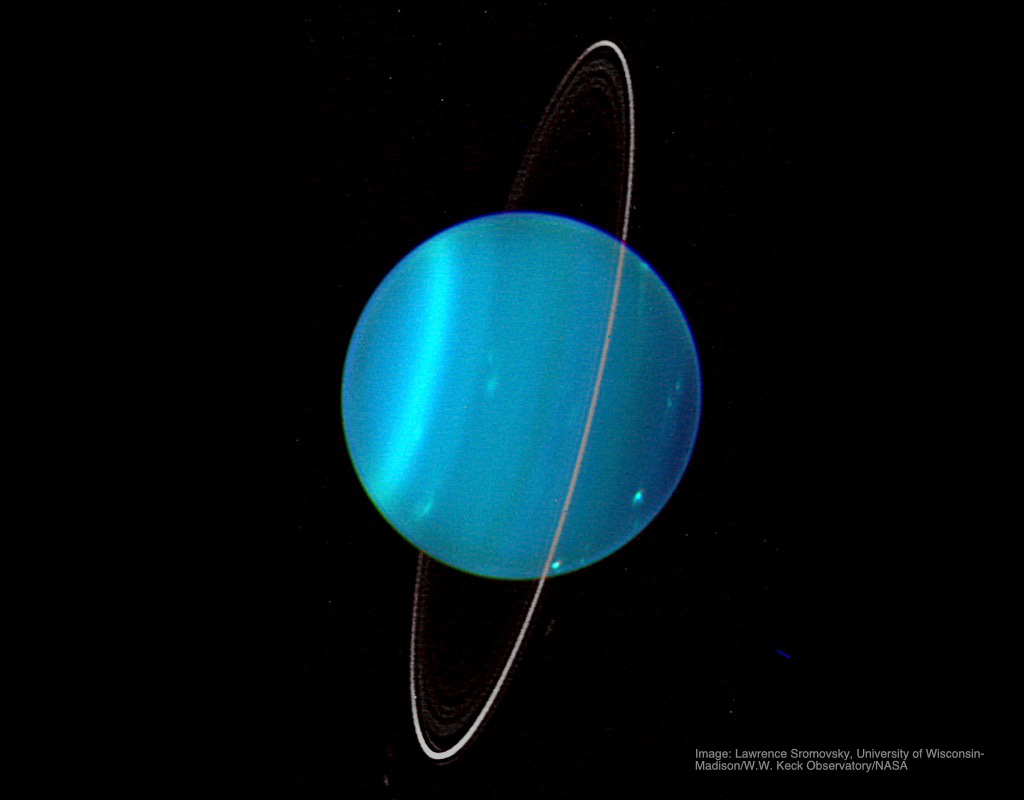 Why that might have happened is the big question, but it’s one that scientists at the Earth-Life Science Institute (ELSI) at the Tokyo Institute of Technology believe they have a strong answer for. They believe that Uranus was involved in a vast collision, struck by a smaller icy planet early on in the history of the Solar System. That, they suggest, was enough to tip the planet over, as well as create its numerous moons.

It’s certainly not unheard of for something like that to take place. Earth’s own Moon, for example, is believed to have been cracked off our planet when a Mars-sized body struck roughly 4.5 billion years ago. Uranus, though, has 27 moons – all orbiting at the same skewed angle as the planet’s rotation – and would require a much larger collision.

Indeed, it’s believed that the mysterious ice planet that must’ve struck Uranus was 1-3 times the mass of Earth. While our own Moon coalesced from debris into a single mass, out in the much colder depths of the Solar System where Uranus is found, impact debris mostly comprising of ice would have vaporized and stayed gaseous for far longer.

Uranus itself then collected most of that, the ELSI team led by Professor Shigeru Ida theorize, leaving far smaller – but more numerous – moons around the planet.

“This model is the first to explain the configuration of Uranus’ moon system, and it may help explain the configurations of other icy planets in our Solar System such as Neptune,” Professor Ida suggests. “Beyond this, astronomers have now discovered thousands of planets around other stars, so-called exoplanets, and observations suggest that many of the newly discovered planets known as super-Earths in exoplanetary systems may consist largely of water ice and this model can also be applied to these planets.”