NASA and the ESA’s Solar Orbiter may not be fully operational yet, but that hasn’t stopped the Sun probe from capturing one of its first gushes of magnetically-charged plasma from the corona of our nearest star. It’s among the first data tidbits from the spacecraft after a long year of travel from Earth to the Sun, where scientists expect it to help answer lingering questions about the impact of solar activity on our planet.

As astronomical events go, coronal mass ejection (CME) are pretty dramatic. Active points on the Sun’s surface flare up, with sprays of plasma from the solar corona jetting out into space. That comes with a magnetic field, of course, and the resulting geomagnetic storm can actually affect Earth’s own magnetosphere.

It’s the cause of the aurora borealis, aka the Northern Lights, among other visual changes, but the impact can be even more significant elsewhere. Radio transmissions can be impaired by aggravated magnetic concentrations, while strong levels of flux can even damage electrical infrastructure causing outages, or satellites in orbit around Earth.

Potentially even more impactful, however, is the affect CMEs could have on unprotected humans. While Earth’s atmosphere acts as a buffer to stop serious physical changes, astronauts in space or those on planets without the same atmospheric protection could be at risk from the so-called “space weather” changes. 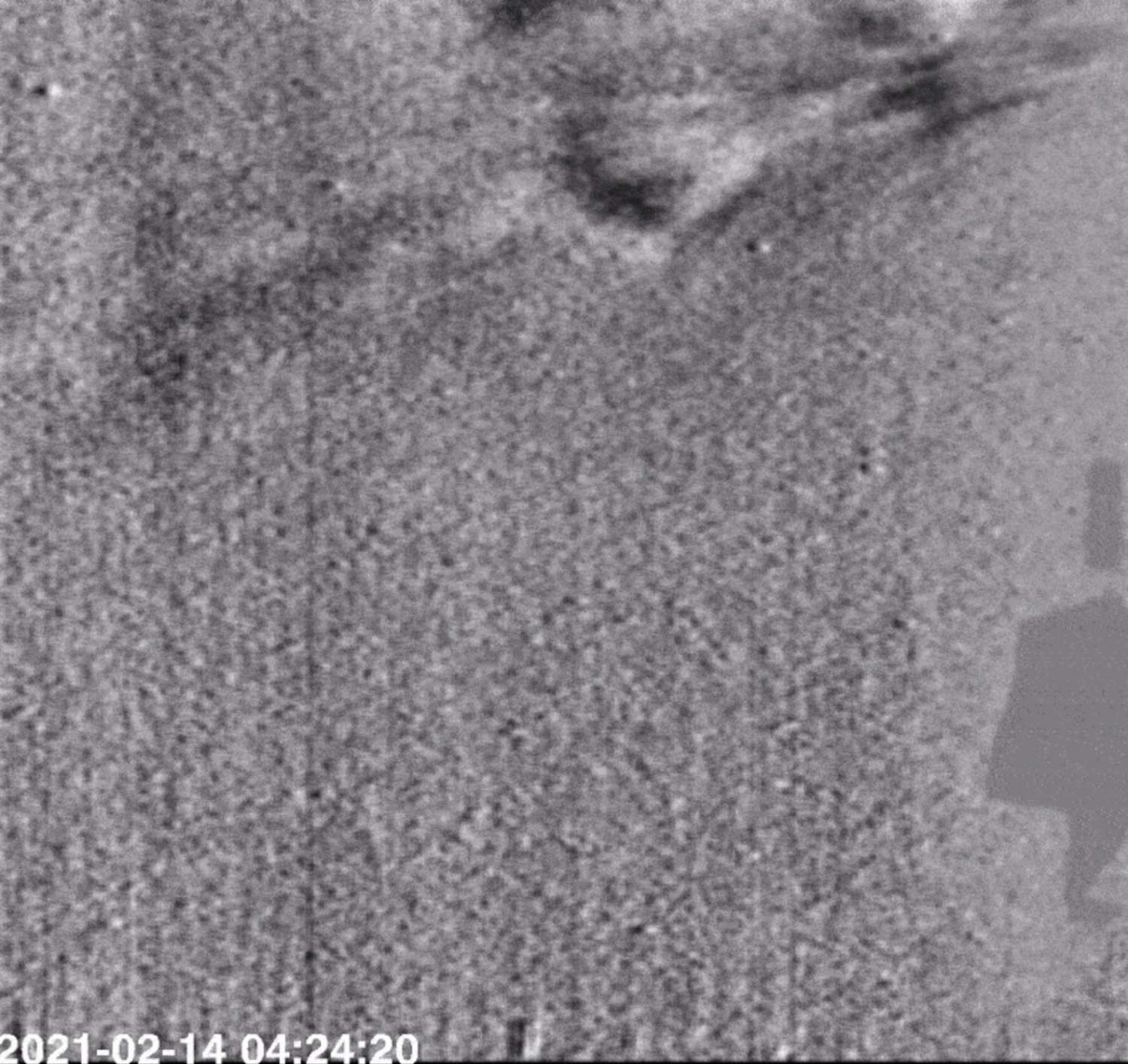 Figuring out exactly what happens between the Sun and Earth is one of the tasks ahead of the Solar Orbiter. Launched in early 2020, it’s intended to help identify some of the causes and impacts of CMEs and how they propagate through the Solar System. The spacecraft will also send back the first close-ups of the Sun, including from high solar latitudes, sharing pictures of the polar regions for the first time.

Before all that, however, all of the systems need to be checked ahead of the Solar Orbiter powering up fully in November 2021. It was during one such check, in fact, that not one but two unexpected CMEs were recorded at fairly close quarters. On February 12, 2021, the Solar Orbiter Heliospheric Imager (SoloHI), the Extreme Ultraviolet Imager, and the Metis coronagraph all recorded data about two eruptions over the course of a single day.

That information has been slow to return to Earth, mind, because of where the spacecraft was when the CMEs took place. From the Earth’s perspective, Solar Orbiter was actually just emerging from behind the Sun. Its instruments switched on just in time for the first CME, though the bandwidth has been so low that it’s taken some time for the full data cache to be transferred home.

While the ESA’s Extreme Ultraviolet Imager and Metis have captured CME data before, this was the first time for the SoloHI. Indeed, it wouldn’t have been possible were it not for ground updates on antennas back on Earth. With improvements in connectivity as a result, the systems switched on a little earlier than would’ve been initially planned.

Even so, this is a morsel rather than the Solar Orbiter at its full efficacy. The SoloHI was, for example, tracking at less than 15-percent of its normal cadence, as NASA attempted to pare back the amount of data bandwidth required.