Robotics aficionados may have mixed feelings right now. On the one hand, Alphabet, Google’s parent compny has just sold Boston Dynamics, potentially saving the robotics company from descending into obsolescence in the company. On the other hand, the buyer is none other than Japan’s Softbank, which may raise a few eyebrows within the tech industry and raising the biggest question of all: what does Softbank plan to do with Boston Dynamics’ giant robots?

To be fair, Softbank is no stranger to robotics, which isn’t surprising considering the country it hails from. After all, it already own Aldebaran Robotics, makers of the friendlier humanoid robot Pepper. But the stark contrast between Softbank’s lone commercial robot and Boston Dynamics’ hulking machines also points to a big difference in the two companies’ paths.

Not that Boston Dynamics really had such a path moving forward had it stayed under Alphabet. When Alphabet, back then still Google, bought Boston Dynamics in late 2013, it was under the watchful eye of Andy Rubin, who had a grand but, up to now, secret vision for robotics inside Google. That vision, however, went away with Rubin, and Alphabet was left with a few properties it really didn’t know what to do with. Except sell them, of course. 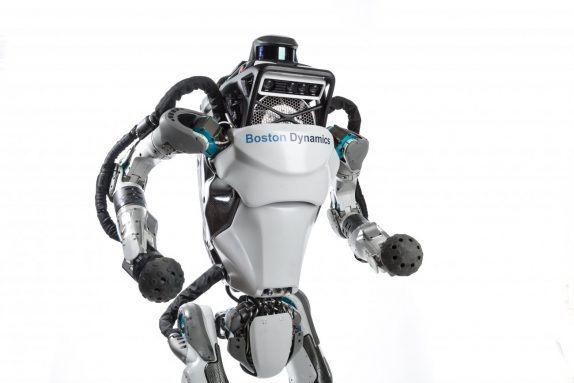 Boston Dynamics’ future inside Softbank is just as unclear and the press statement doesn’t exactly remove any ambiguity. Naturally, both companies had high praises for one another and talked about their shared vision for robotics. In terms of actual applications, we’ll have to wait and see.

Boston Dynamics, along with fellow robotics company SHAFT of Japan, is just part of Softbank’s latest acquisition spree. September last year, it acquired ARM Holdings, which designs the most popular mobile processors in the market. So far, Softbank seems to have seen it fit to take a “hands off” approach to managing ARM, something the robotics community might also like it to do as far as Boston Dynamics is concerned.