Despite my love for The Legend of Zelda: Breath of the Wild and its numerous brain-teasing shrines, I have to say that I’ve never been much of a puzzle game fan. Video games, in my mind, have always been about the adventure or competition or relaxation. Working through puzzles never seemed like something I’d want to do to wind down at the end of the day. As it turns out, I was wrong about that – I just needed a game like Snipperclips to show me the light.

More specifically, I needed a puzzle game where I wasn’t trying to solve the puzzles on my own. Though you can play Snipperclips as a single-player game, the game’s unique approach to puzzle solving means that it’s an absolute blast when you get multiple people playing.

For the uninitiated, Snipperclips puts you in control of two little tabs of paper – Snip and Clip. Your goal is to solve challenges by trimming Snip and Clip into a variety of different shapes. Snip and Clip can both move around the play area – ducking, rotating, and even standing on top of one another to solve puzzles. Precision and communication is surprisingly important in this game, because if you and your partner aren’t on the same page, you’re not going to be solving these puzzles anytime soon. 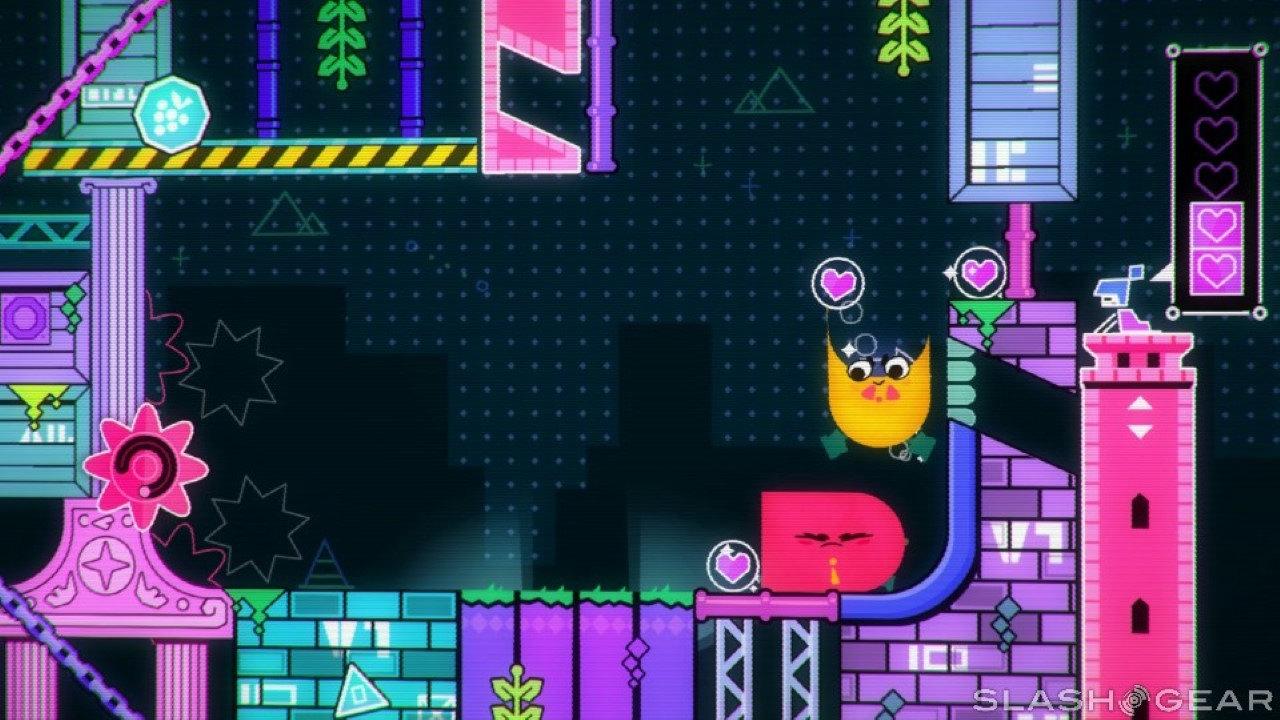 It seems fairly straightforward at first, and indeed it is a easy process for the first of Snipperclips’ 45 main levels, but as you progress through the game, the solution becomes less apparent with each new stage.

Solutions for these puzzles range from specific – trim Snip and Clip into specific shapes to fill a designated area – to more open-ended – get a ball into a basketball hoop or into a goal. With the open-ended puzzles, how you solve them is really up to you. This works to Snipperclips’ advantage, because it means you can finish puzzles in a way that works for you, no matter how unrefined your approach may be.

It’s hard not find Snipperclips endearing, both from how it approaches problem solving and the overall aesthetic. In typical Nintendo fashion, Snipperclips is vibrant and cutesy, making this game appropriate for Nintendo’s claimed age range of 5-95. Snip and Clip certainly aren’t just tools to help you solve puzzles, but characters all their own, as they react to being snipped or carrying something heavy like a bowling ball. 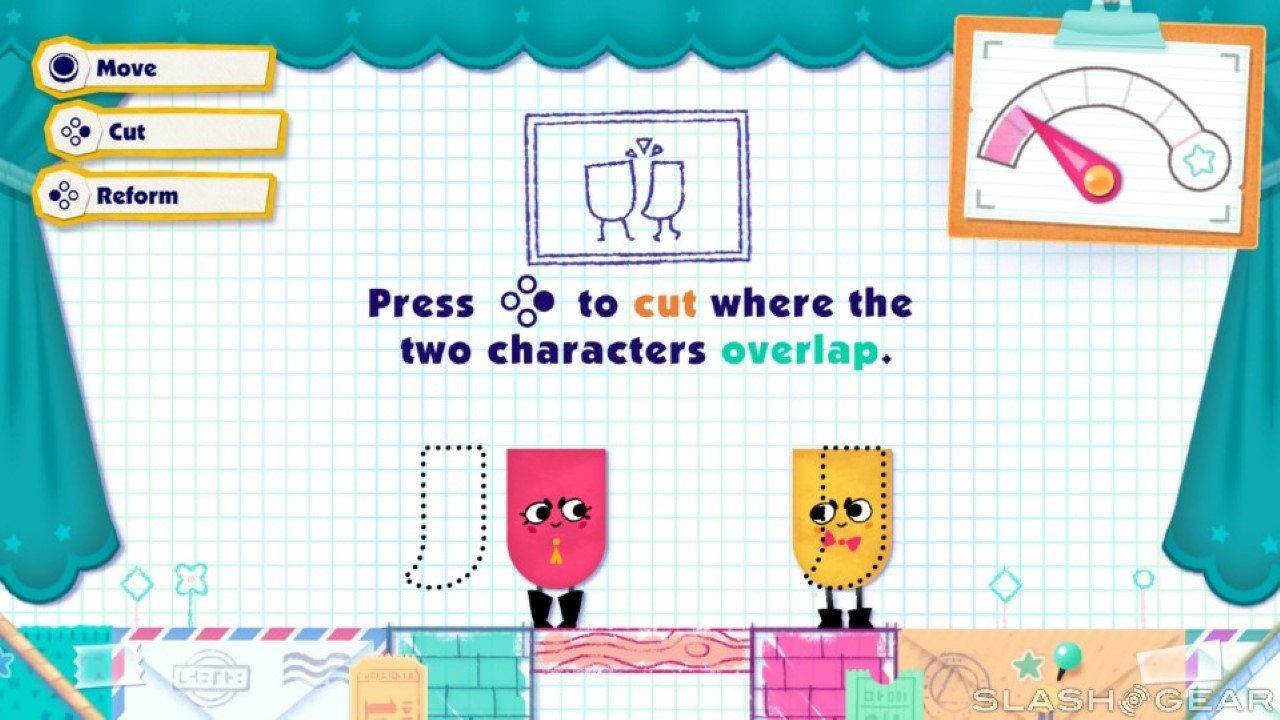 There are three modes in total for you to play through: World, Party, and Blitz. World is where you’ll spend most of your time, and its 45 levels can be played by either one or two people. I would highly recommend playing with two players if you can find a friend to join you. Each separate Joy-Con is used as an individual controller, removing that particular barrier to entry, so the only thing you need to do is find someone to solve some puzzles with you.

If you can pull that off, you’ll have a much more enjoyable time playing through Snipperclips. It isn’t as if single player in Snipperclips is necessarily bad, but it can be frustrating from time to time. In single player, you still control both Snip and Clip, but one at a time. This creates a strange mechanic where you’re switching between the two constantly in order to position them correctly. 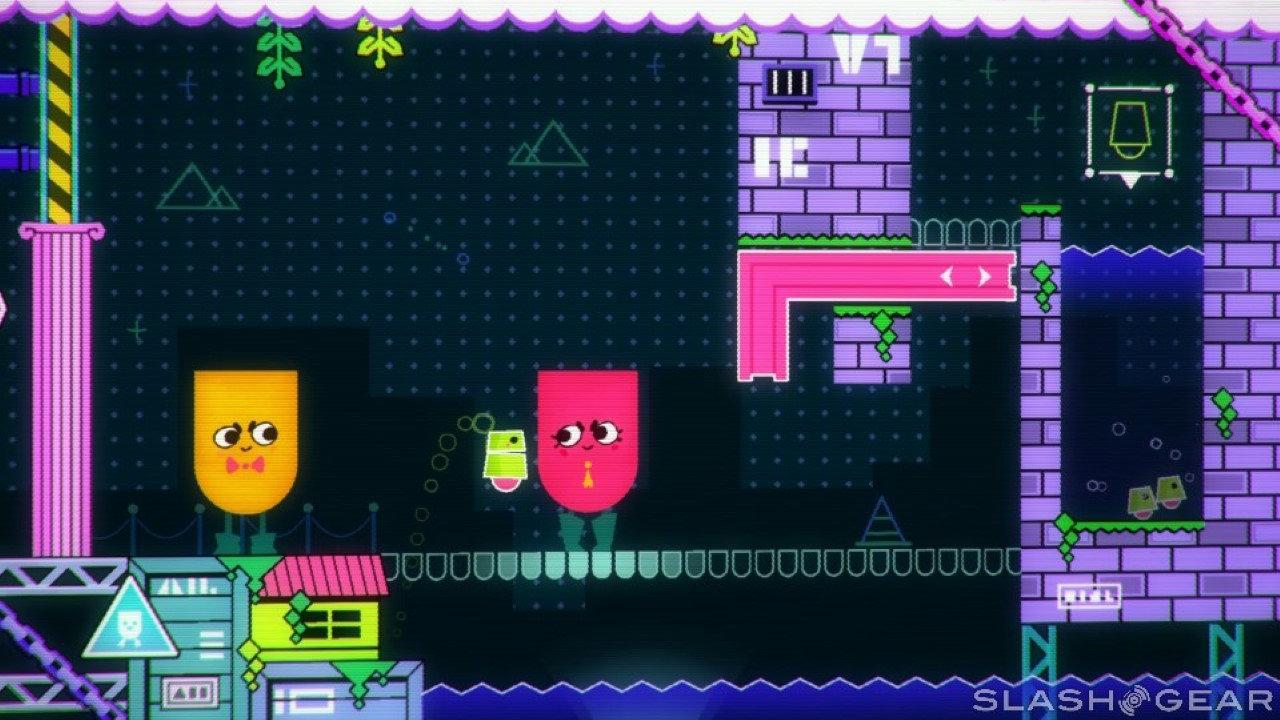 For a puzzle game that centers around manipulating two on-screen characters, this is a serviceable solution, but things get so much better when you have a partner to play through the game. Not only is controlling Snip and Clip much easier, but the interactions you’ll have with one another will make your romp through Snipperclips a lot more memorable. Having someone there to figure out the puzzles with you makes for a very good time.

Unfortunately it also makes the main Snipperclips experience pass by rather quickly. The 45 levels that are presented to you are challenging, but you can solve all of them in a couple of evenings. After that, there isn’t much to do. There are 12 puzzles in Party mode, which can support up to four players, but those just seem to be more complex variations on the puzzles found in Story mode. 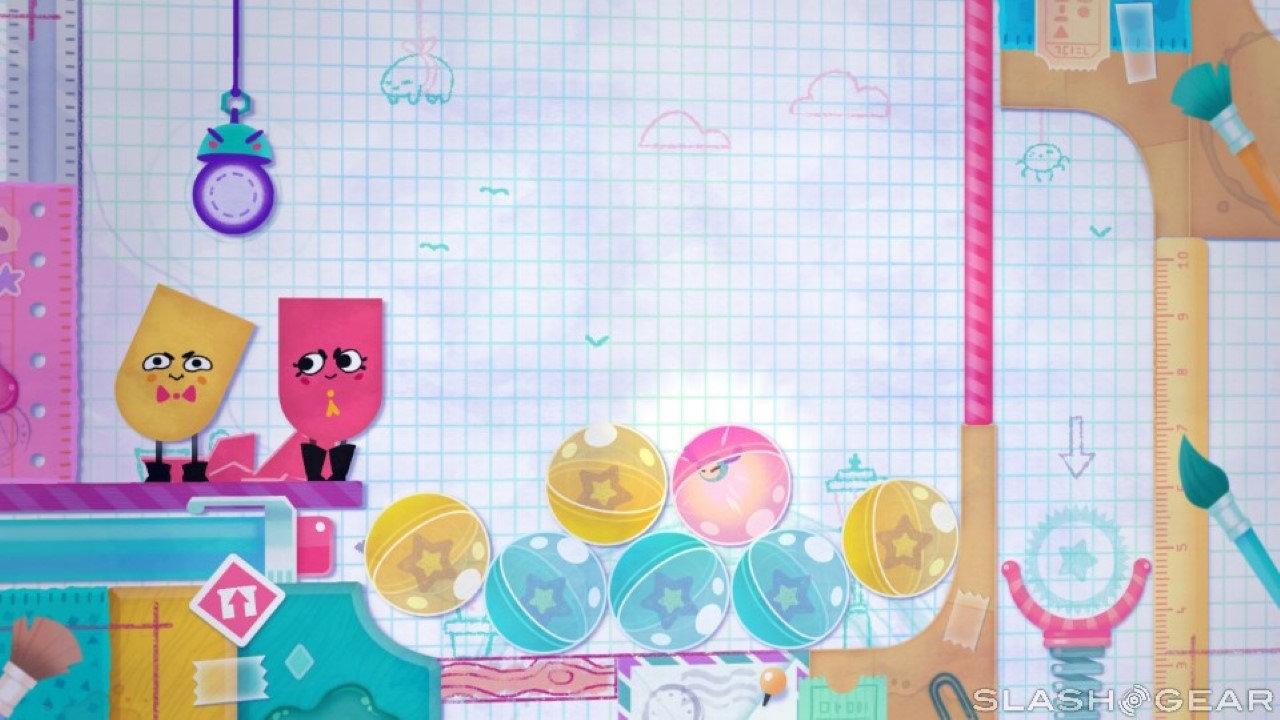 Then we have Blitz mode, which is a mode for two to four players that has you playing competitively against one another. There are three games to play in all: basketball, hockey, and a Super Smash Bros-like brawler mode where the goal is to snip your opponents into oblivion while avoiding the same fate yourself. These are fun, but I can’t really see them getting much play outside of a party environment. Even then, I think I’d rather solve puzzles most of the time.

In the end, Snipperclips’ biggest flaw is that it’s too short. Don’t get me wrong, there’s a good amount of content here for $20 and I think it’s absolutely worth the money – I just want more of that. Whether that means packing in more content and charging $30 or $40 or building in some kind of replayability outside of the party mode, it wouldn’t matter to me.

I quite enjoyed my time with Snipperclips, however brief it may have been. It’s a truly unique puzzle game that was surprisingly fun to play through. While it does have its flaws – namely the single player pales in comparison to multiplayer and it’s over before you’d like it to be – it’s still absolutely worth the purchase for anyone who enjoys puzzle games. 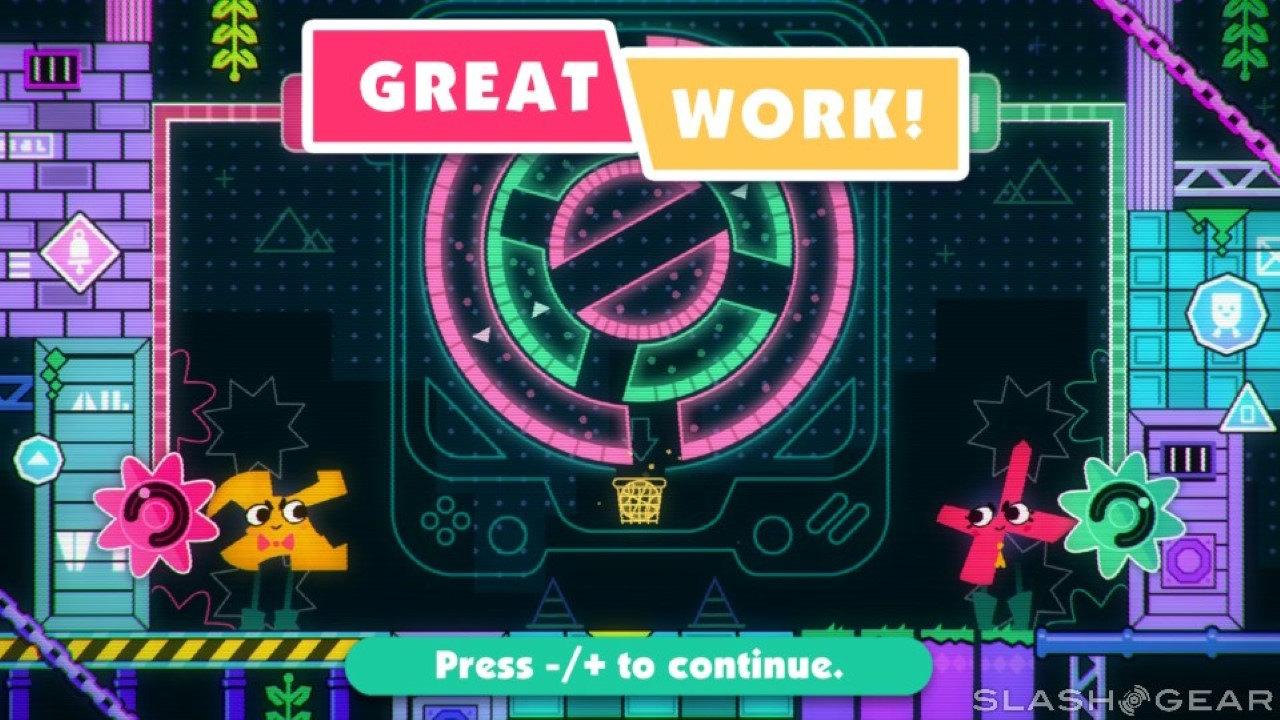 NOW READ: Legend of Zelda: Breath of the Wild Review

That’s especially true considering the Switch’s rather slim library. If Snipperclips would have launched later in the Switch’s lifespan, it would have been easy to miss, but as it is, it’s a good, inexpensive addition to any Switch owner’s library that will help fill the gap between major releases like Mario Kart 8 Deluxe and Splatoon 2.

Hopefully that works in Snipperclips’ favor and enough people bought it that we’ll be able to get a sequel or additional puzzles in the form of DLC. As it is, though, Snipperclips makes for an excellent co-op experience that shouldn’t be missed by anyone who owns a Switch this early in the game.