It probably shouldn’t come as much of a shock that the NES Classic Edition was as successful as it was. Nostalgia can be a powerful thing and, in this case, it was so powerful that even Nintendo was caught off guard. Now that the NES Classic has served as something of a proof of concept, Nintendo is ready to see if lightning can strike twice with the SNES Classic Edition, hoping to draw in an entirely new generation of gamers.

With that in mind, I have to admit that I was never super excited for the NES Classic Edition, despite how cool it is. I was born in 1987, almost two years after the original NES launched here in the US, so by the time I was old enough to actually fall in love with video games, it was already on the way out. I still had enough exposure to the NES to appreciate some of its more well-known titles like Super Mario Bros. 3 and River City Ransom, but it was never a console I played extensively. No, the consoles I grew up with were the Super Nintendo and the Sega Genesis. 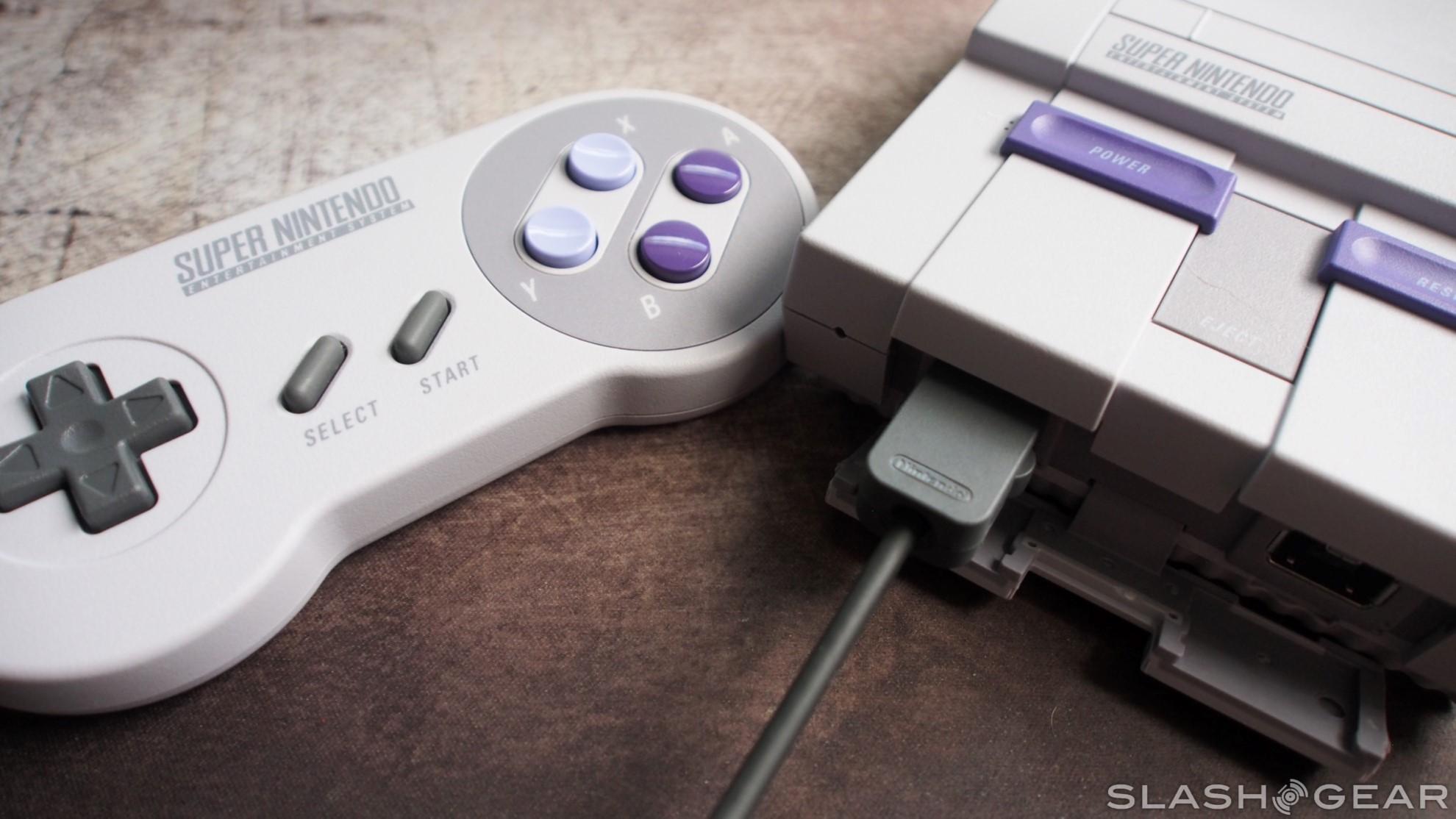 Right off the bat, the SNES Classic Edition had me more excited than the NES Classic ever did. The NES Classic was for people just a little bit older than me, who were around to see the fall of Atari and the rise of Nintendo, whereas the SNES Classic is meant to reawaken those ‘90s kids who count A Link to the Past or Super Mario World as their some of their earliest and most vivid gaming experiences.

Of course, the SNES Classic is for anyone who remembers the Super Nintendo fondly, not just for a certain subset of people around my age. I have a feeling, though, that the SNES Classic will be a resounding success among those who were introduced to the world of gaming in the 16-bit era.

Being representative of that age, the SNES Classic is packed with some of the best games the Super Nintendo had to offer. The usual suspects are there, with games like Super Mario World, Donkey Kong Country, Super Mario Kart, Street Fighter II Turbo, and Mega Man X all present and accounted for. There are some lesser-seen classics as well, such as Earthbound and the Secret of Mana. There’s even an entirely new game, as Star Fox 2 is making its debut exclusively on the SNES Classic. 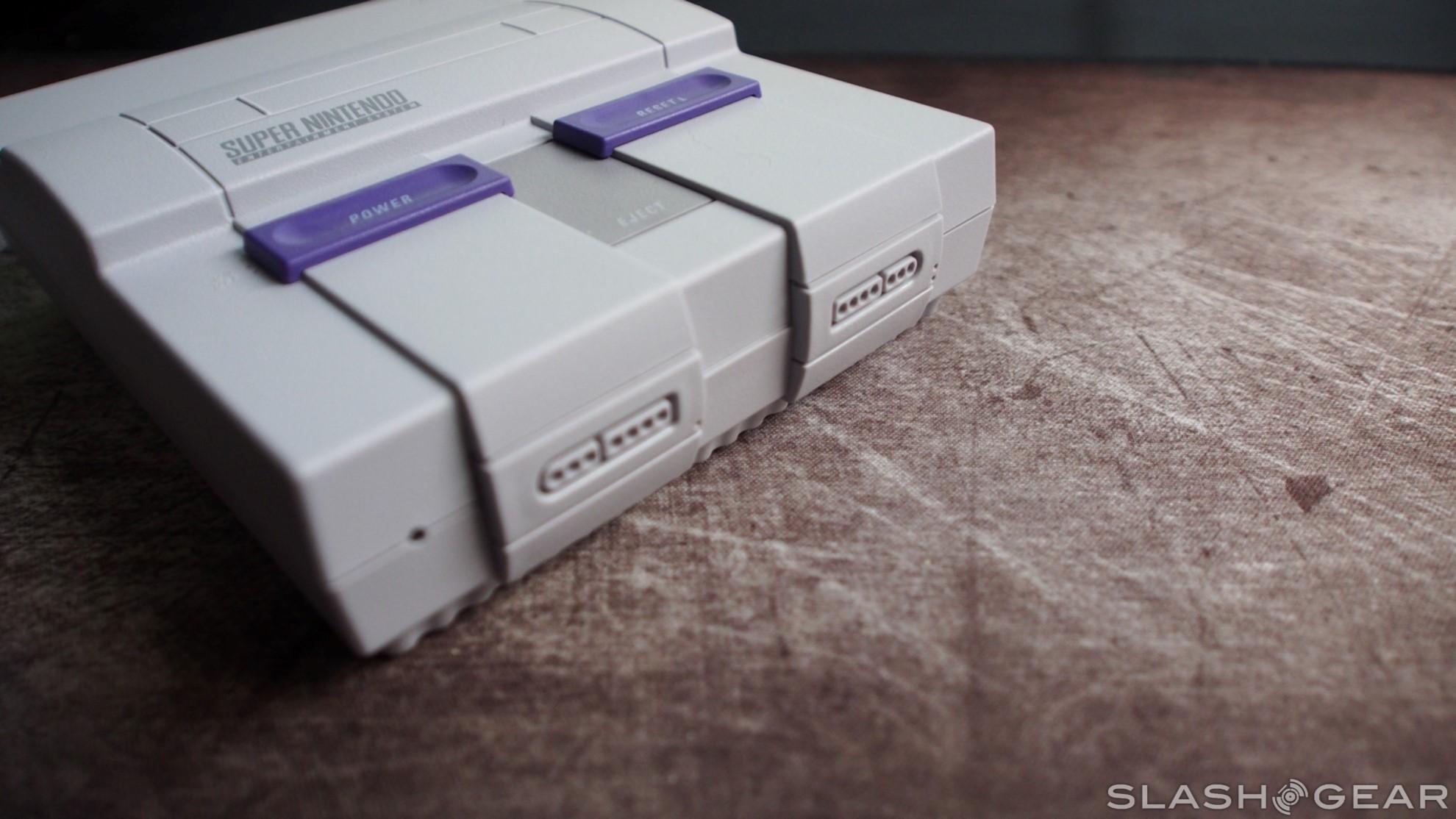 It almost feels like a miracle to see Star Fox 2 grace the SNES Classic’s library. Famously canceled just before it was finished, Star Fox fans have followed rumors of nearly-complete builds and have been digging for as many little details as they could find for decades, only to have Nintendo decide to finish the game and use it to sell retro consoles some 20 years later. It makes you wonder why Nintendo didn’t do that sooner, but as the old adage goes, “better late than never.”

In all, there are 21 games to play on the SNES Classic Edition, compared to the 30 that are on the NES Classic. This is easily the biggest disappointment of this otherwise charming package Nintendo has put together. I’ve said it time and again while talking about the SNES Classic: with such a strong library of games, it’s a damn shame that Nintendo decided to narrow down the Classic’s library to a mere 21. Nintendo could have easily doubled the number of games on the SNES Classic and we still wouldn’t have a complete selection of the best the Super Nintendo had to offer. 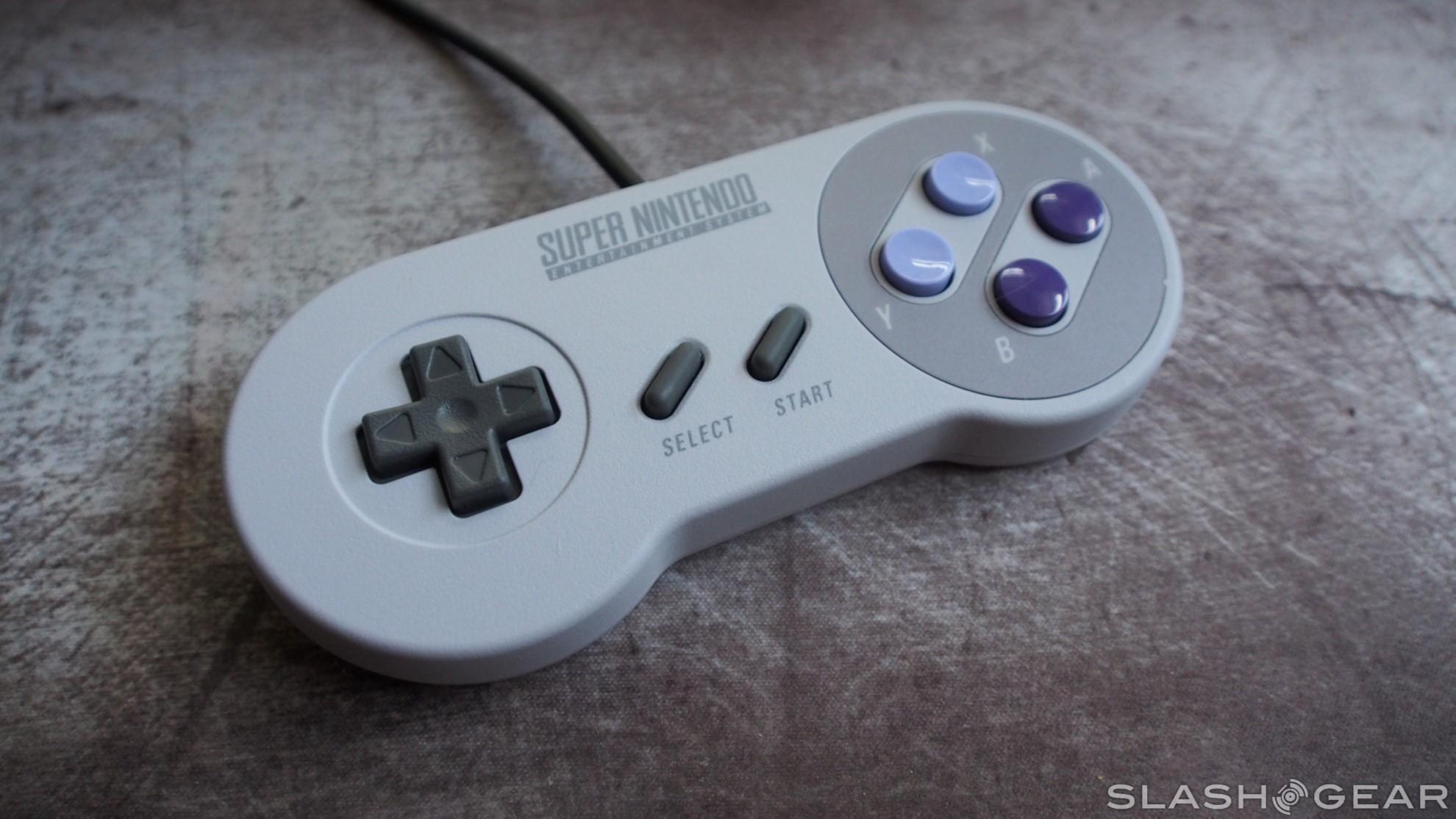 Why the library is so small is unknown. Perhaps licensing was too expensive for Nintendo in this age of Virtual Consoles and retro revivals? Maybe it wants to keep up this notion of value in first-party Nintendo games and, as a result, doesn’t want to gives us too big a taste, lest it devalues these games for future re-releases? Of course, there’s always the possibility that Nintendo will release a follow up to the SNES Classic, something that seems more and more likely as I consider all of the great titles that are nowhere to be seen.

Whatever the reason, what we’re getting is still a collection of some of the best games ever made. RPG fans in particular will be very please with this lineup, as it offers Earthbound, Final Fantasy III (known as Final Fantasy VI these days), Super Mario RPG, and Secret of Mana. Counted together, those four games alone offer dozens – if not hundreds – of hours of gameplay, and there’s an argument to be made that each one is a masterpiece is in its own right. 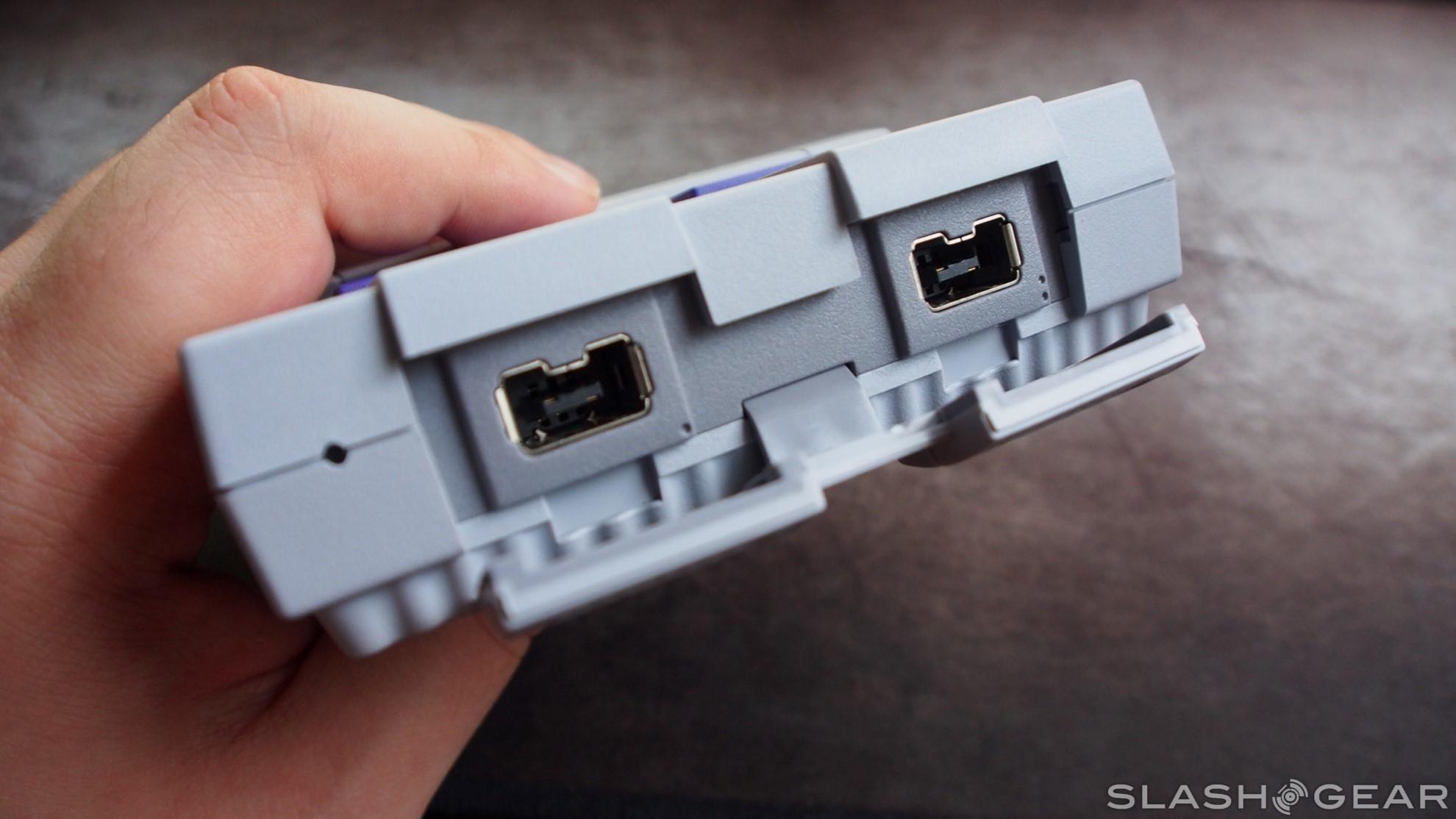 As with the NES Classic, these games are all accessible through the SNES Classic’s home menu, once again an example in excellent UI design. A number of sort options – including one that organizes by multiplayer games – allow you to find the game you’re looking for quickly, and with four save state slots per game, multiple people can maintain a save in the same title. Oh, and for the record, the home menu music is better than that which graced the NES Classic.

While we’re on the topic of save states, it’s worth noting that they can be locked, which prevents them from being accidentally overwritten. There’s also a new rewind feature that lets you cycle through the final moments before you saved your game. This is a great feature that allows you to give a difficult gameplay sequence another try or, if it’s been a while since your last play session, it can remind you what you were doing in the lead up to your save. Nintendo says that many games can rewind at least a minute, but some games let you go further back. In Final Fantasy III, for instance, I was able to rewind an impressive four minutes. 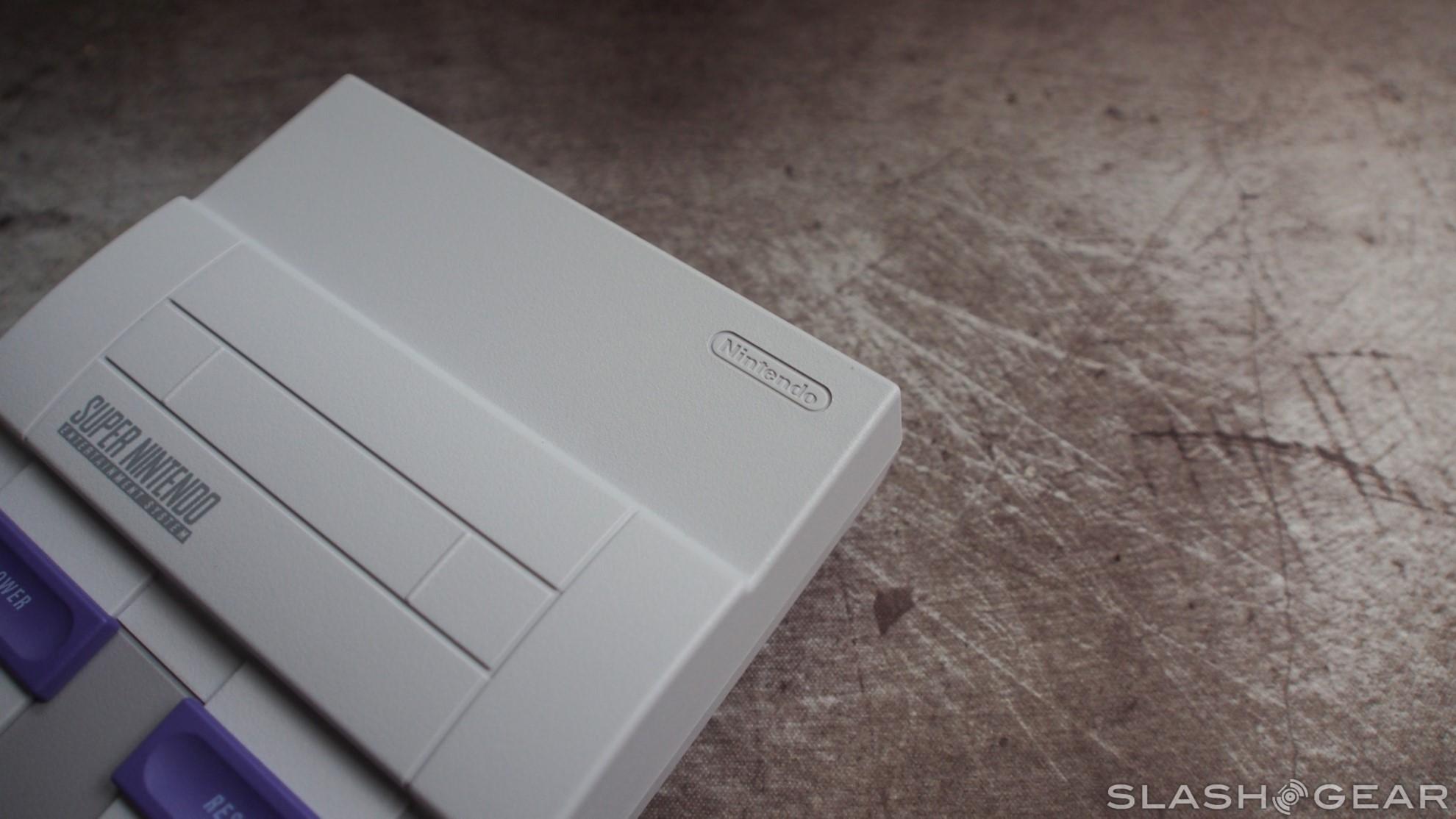 In the box you’ll get the console itself, which aside from being slightly longer and somewhat shorter, is similar in size to the NES Classic. You’ll also get an HDMI cable and a power adapter, and, in a happy change from the NES Classic, two controllers instead of just one.

The SNES Classic controllers are pretty much a perfect replica of the of those which shipped with the original SNES, and while that seems great on the surface, it’s actually kind of a problem. The only way to get back to the home menu on the SNES Classic is to hit the reset button on the console – I understand that Nintendo is trying to recreate the SNES experience as closely as possible in the controller, but it could have really benefited from the addition of a home button. 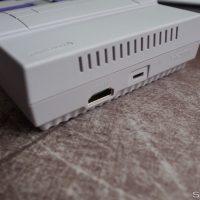 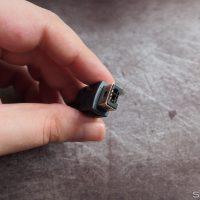 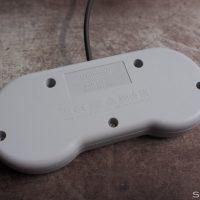 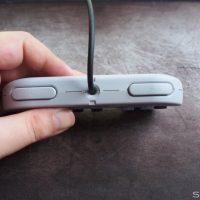 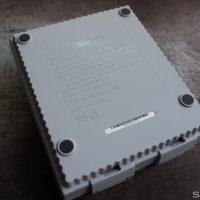 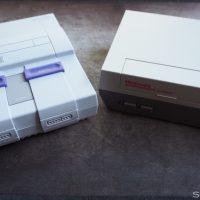 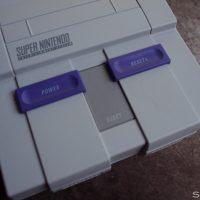 The fact that such a button is missing is even more disappointing when you consider that its absence was one of the chief criticisms of the NES Classic Edition. Along with short controller cables, it seemed that many people were frustrated that there wasn’t an easier way to get back to the home menu, so it’s something Nintendo definitely should have considered. Speaking of controller cables, they’re still too short with the SNES Classic. They’re longer than the cables on the NES Classic, but they aren’t long enough. Luckily, any extension cables you almost certainly bought for your NES Classic will work here too, so that’s definitely a plus.

All of the games I’ve played so far have run flawlessly, and that’s been really great to see. I have no complaints about performance when it comes to the SNES Classic, and I think this is the best option for playing these games – even better than playing them on a standard SNES. The addition of save states, the fact that you no longer need to switch cartridges, and the fact that you can pick between three different overlay modes (standard, pixel perfect, and CRT) make these the definitive versions of all the games included, in my opinion.

At the end of it all, the SNES Classic delivers just what we expected it to. The formula hardy deviates at all from that of the NES Classic, and to those who actually managed to buy one of the hard-to-find mini consoles, that should be a welcome realization.

And yet, despite how much I love this thing and the caliber of games included on it, the same criticisms leveled at the NES Classic remain true here. Where are games like Chrono Trigger, Actraiser, Donkey Kong Country 2, and Illusion of Gaia? Why, when there are so many great games to choose from, did Nintendo only include 21? Whatever excuse we hear (if we hear any at all), it won’t be enough. The SNES library is too extensively great to justify shipping this thing with only 21 titles. 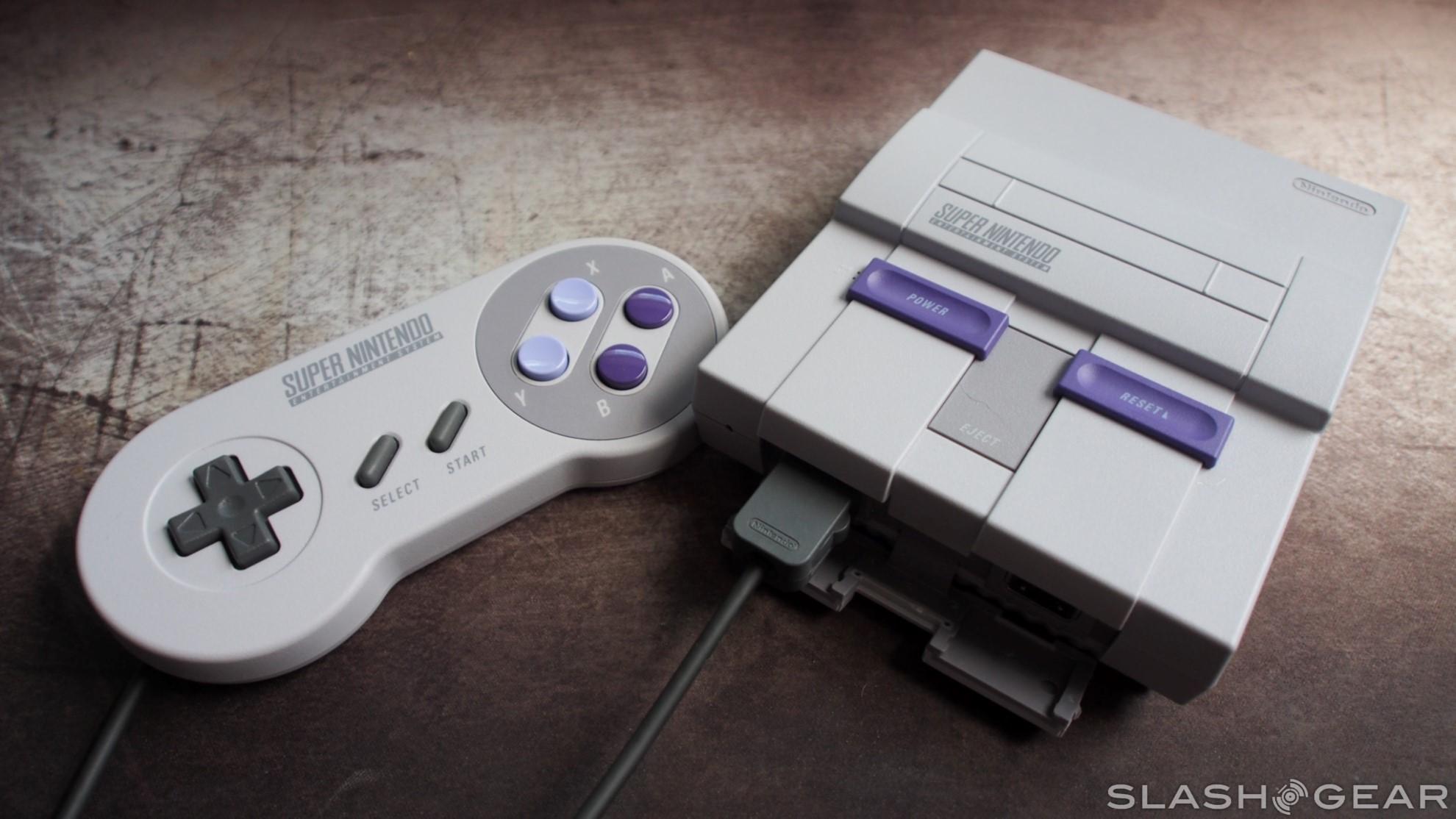 Add to that short controller cables and the lack of an easy way to get back to the home menu, and it really feels like Nintendo didn’t listen to any of the criticism it received with the NES Classic. In some ways, the SNES Classic just feels like an easy money move for Nintendo, with no real effort to improve functionality over its predecessor.

That’s very frustrating, because in every other way, the SNES Classic is a device that is worth the $80 asking price and any energy you might expend to get one. Even with some of the greats missing, the SNES Classic still offers a lineup of absurdly high quality.

If you grew up with the Super Nintendo and you’re looking to relive some of those memories, this device is absolutely a must-have. Even if the SNES was a little before your time, this is still a great window into gaming’s past. I have no problem recommending the SNES Classic to anyone, I just hope Nintendo finally considers these criticisms in making whatever comes next.