SnapPower brings USB to any outlet without re-wiring

Around the world, around town — even around your home, finding an outlet is tough enough. It’s especially annoying when you need to charge your mobile devices, because then you need to port around a clumsy charger with you. There are outlets that have USB ports, but require a rewiring job many are uncomfortable with doing. For the masses, there’s SnapPower, an outlet cover that adds a USB port, but requires no wiring. All you have to do is slip the faceplate on in place of your existing one, and you have a USB outlet!

Seems like witchcraft, but it’s not. There’s actually a really simple explanation for it all. Two connectors sit on either side of the rear outlet cutouts inside the outlet cover, and make contact with the screws holding the outlet itself in place. They draw power from those screws, and feed it to your USB port.

Aside from just being subtly brilliant, the SnapPower outlet cover is also low-profile. The single USB port sits under the outlet itself, and looks more like a continuation of the faceplate than some clumsy add-on. 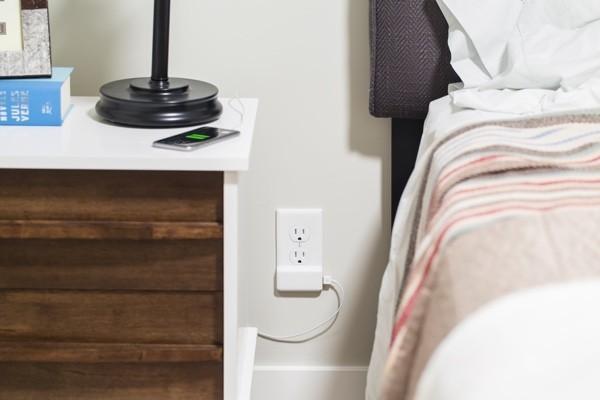 It also frees up your outlets for other stuff, which is possibly even handier than not rewiring your home or apartment.

SnapPower’s output is a bit lower than you’d likely want at 1-amp, but it will be useful for use with all devices. Smartphone charging will be about what you’re used to, while tablets will take quite a bit longer to charge up.

The project is 100% backed (and then some), and the team expects SnapPower to ship in August. If you’re interested, you can still get a SnapPower for as little as $12, with a two-pack running a mere $20.