The year is almost over, and most of 2021’s smartphones have all been announced already, at least the high-end premium ones. That means that the stage is being set for next year’s racehorses, but not before the chips that will power them have been revealed. Given the media focus on the likes of the new Apple Silicon chips and Google’s shiny new Tensor, there will undoubtedly be a lot of interest surrounding Qualcomm’s and Samsung’s next flagship processors, but the Snapdragon maker might have a bit of a problem if this leak for the Snapdragon 898 (or 895) is accurate.

It has always been a numbers game when it comes to mobile application processors or APs, whether it’s in the number of cores or their clock speeds. Although Qualcomm was late to the former, it eventually jumped onto the octa-core trend and even embraced Arm’s latest tri-cluster design. That design includes one “giant” core running at the highest speed, three powerful “big” cores, and four efficient “small” cores.

The SM8450, which may be called the Snapdragon 898 or 895, follows that pattern but also adopts the latest CPU cores from Arm. That means a combination of one Cortex-X2, three Cortex-A710, and four Cortex-A510 cores running at different speeds for different tasks. This is the same configuration that its closest rival, the Samsung Exynos 2200, will use, but the two might differ in clock speeds considerably. 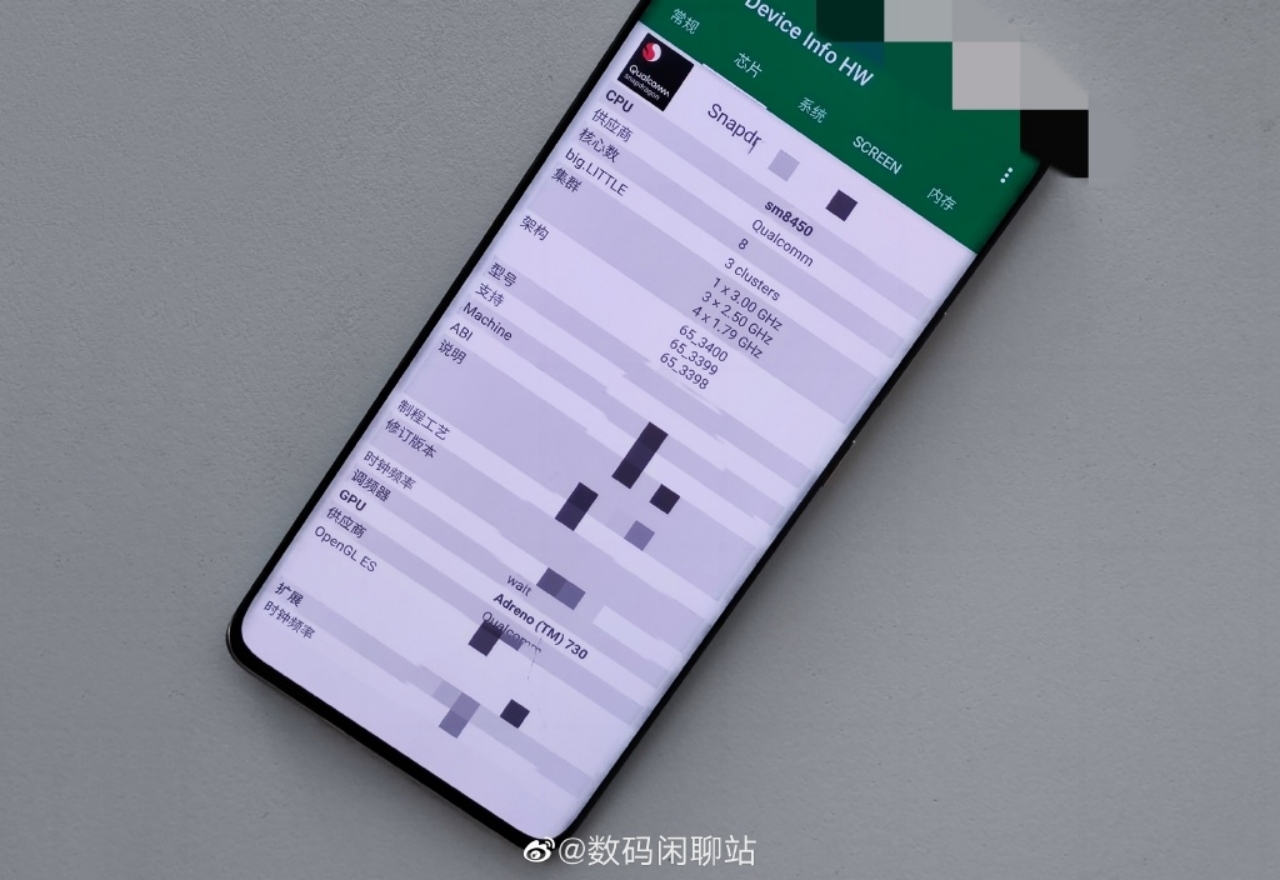 According to a leaked photo of a phone allegedly running on this upcoming Qualcomm chip, the processor will be pushing its Cortex-X2 to run at 3.00GHz while the Cortex-A710 cores will be steaming at 2.50GHz. Lastly, the four energy-efficient Cortex-A510 cores will be trudging along at 1.79GHz.

Compare that with recently leaked figures for the Exynos 2200, and some might wonder if Qualcomm is still at the top of its game. Samsung’s big core is clocked only slightly lower at 2.9GHz, but its other cores run faster at 2.8GHz and 2.2GHz for the Cortex-A710 and Cortex-A510, respectively. That said, it hasn’t yet been confirmed if these are really the cores and their respective speeds, but it does give an idea of how Samsung’s chip will perform.

And then there’s the fact, or expectation rather, that the Exynos 2200 will arrive guns blazing with AMD graphics tech. That will surely put the unannounced Adreno 730 GPU to the test, though it still remains to be seen if either will actually blow our minds when it comes to graphics performance, especially with ray tracing.

As Google’s Tensor shows, however, clock speeds don’t always tell the whole story, and that there might be some wisdom in a different configuration from Arm’s official 1-3-4 cluster. Qualcomm’s Snapdragon flagships have always managed to deliver top-notch performance but have lately raised concerns about thermal management. This has given rivals like Samsung and even MediaTek the opportunity to grab a piece of the giant’s market, and next year’s chipsets will only serve to heat things up even further.