The second quarter of 2020 may have been a good one for the PC and tablet market but one of the world’s biggest consumer electronics market nosedived during that same period. Although the smartphone market has occasionally been described as declining or at least plateaued, it might have just experienced its worst quarter yet in a very long time. Gartner says that global smartphone sales dropped by 20% in the Q2 2020 and, of course, the COVID-19 pandemic is to blame.

Samsung was the worst-hit last quarter, losing 27.1% year-on-year. It was perhaps already expected, given how poorly the Galaxy S20 trio performed in the months following its launch. It is no surprise either, that the company is desperate to get back on its feet, going so far as to launch a new phone each month starting August.

Huawei’s sales also dropped ever so slightly compared to the same period last year but, compared to the first quarter of 2020, it actually grew by 27.4%. That practically tied it with Samsung this quarter, almost a dream come true for the embattled Chinese manufacturer. Given the challenges it faces, though, it is questionable whether it can maintain its footing for long.

Fortunately for Apple, its negative growth was so small that it could simply be described as flat. The launch of the iPhone SE definitely helped its cause and so did, ironically, China’s reopening of businesses. Just like with Huawei, however, Apple’s fate in that country remains shaky as the US and China continue to butt heads over multiple fronts. 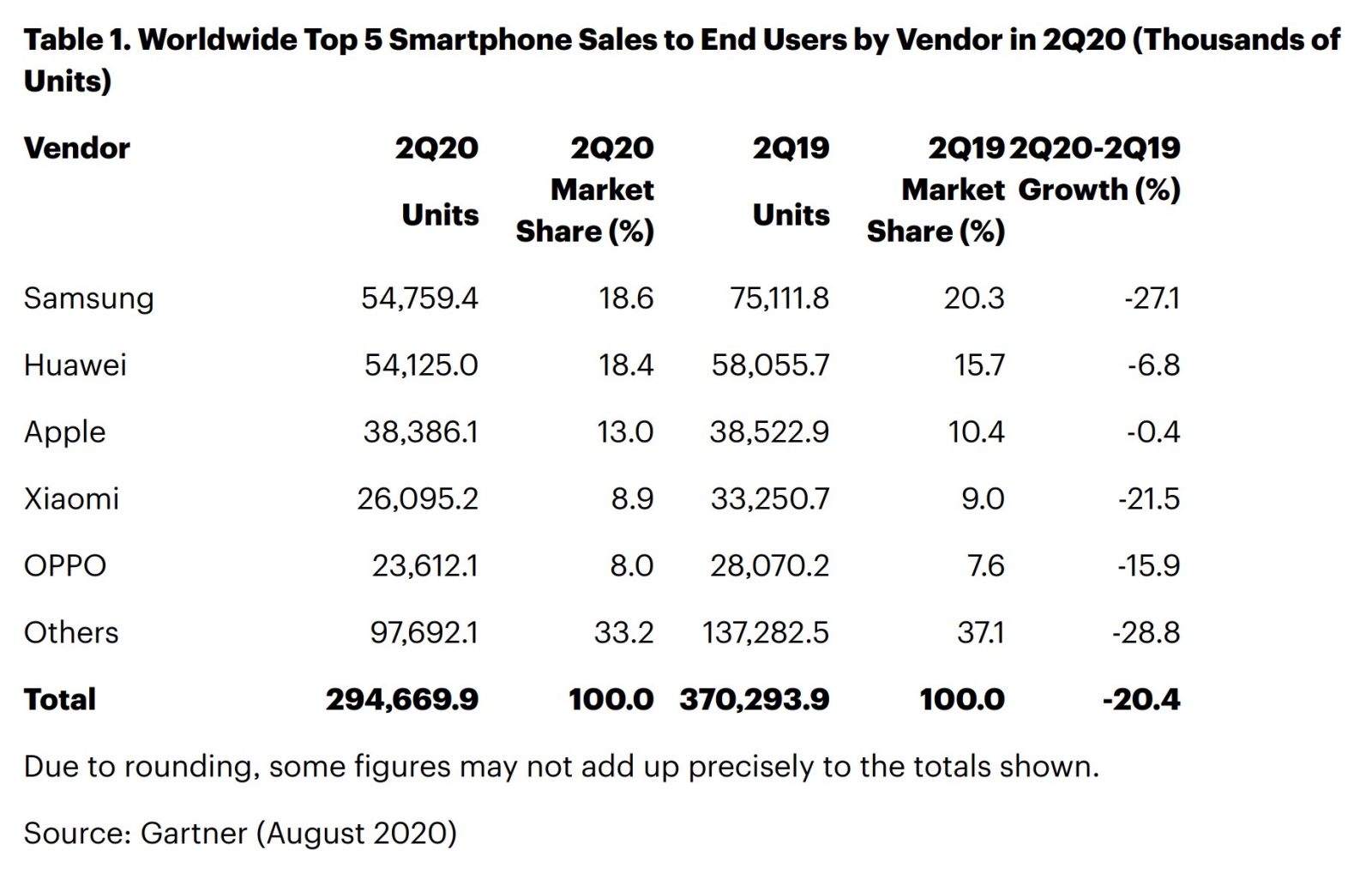 Gartner attributes the sad turnout of smartphone sales to shelter-in-place orders and quarantines all over the world. It doesn’t help that phone makers continue to sell phones with almost tone-deaf pricing. That said, 2020’s third quarter saw a mix of new phones launched across all tiers, perhaps hoping to offset the painful losses from the first half of the year.