As we near the end of the second quarter of 2020, the smartphone sales numbers for the first quarter of what is turning out to be one of the most troubled in recent history have started rolling out. As one can expect, the figures are generally for the entire smartphone industry, largely because of the effects of the COVID-19 coronavirus. That said, the reason behind those numbers could be indicative of more permanent changes happening in the smartphone market.

The first and immediate effect of the coronavirus pandemic was that production and supply chains were suddenly halted as factories and offices were immediately shut down. This resulted in strained supplies and late schedules that impacted these smartphone maker’s ability to deliver.

But even those that are not completely dependent on Chinese facilities like Samsung and Apple saw drops in sales as well. For Samsung, in particular, Gartner cites its inefficient online channel as a crucial factor in its steep decline. More than Apple, Samsung relies heavily on carriers and retailers to sell its phones, something that has become increasingly difficult during these times. 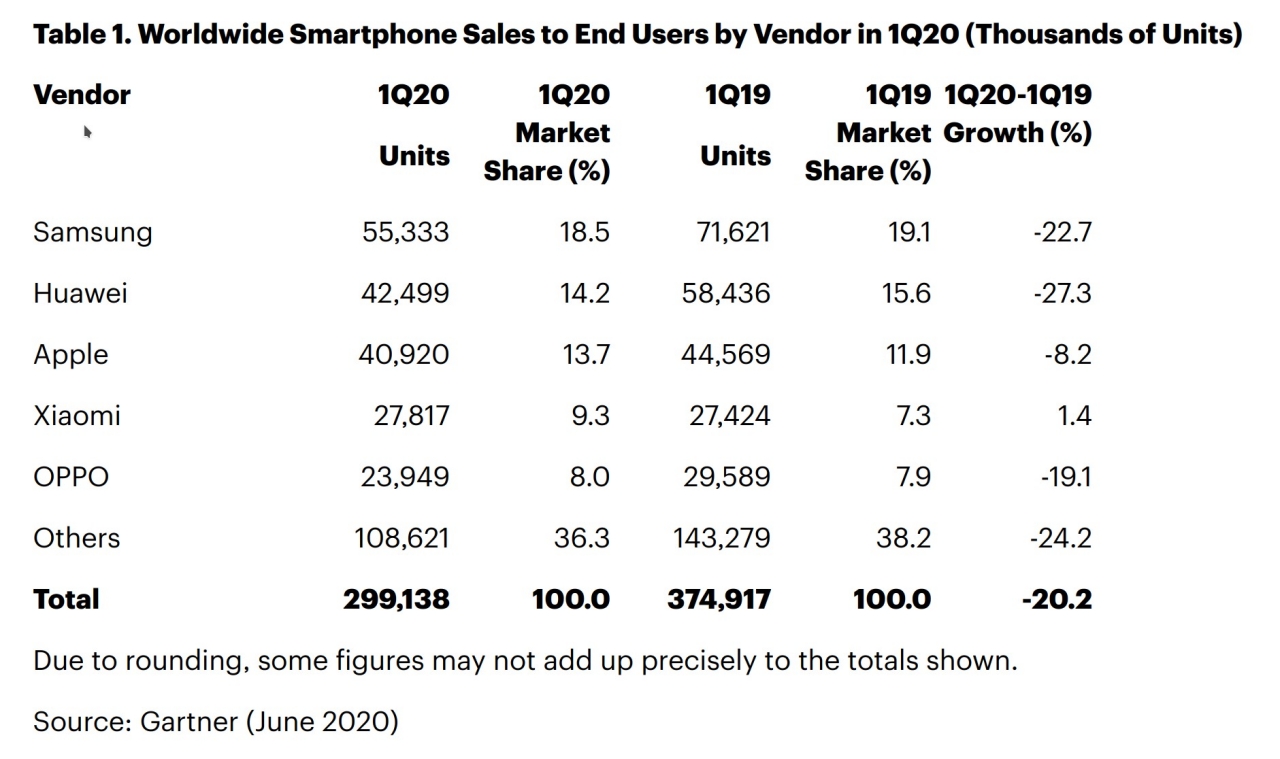 Xiaomi, in contrast, has long been comfortable in doing much of its business online, both in sales and after-sales support. It also helps that it also has a wide range of smartphones covering all tiers, making its products both affordable and accessible. As the world slowly tries to move to a “new normal”, consumer habits will also be changing and giant companies like Samsung and Huawei might have a harder time maneuvering their ships compared to their more agile competitors like Xiaomi.