Since the dawn of the space program in the Apollo era, the technology NASA develops for its space missions often spillover into the civilian world in the future. Technology that NASA is developing for space exploration research still spills over into the civilian world today. The latest example is a company called SMART that was founded in 2020 with the partnership between it and NASA through the Space Act Agreement.

The Space Act Agreement is part of the agency’s formal program to commercialize some NASA innovations. SMART has revealed its first product, a bicycle tire with no air inside, based on technology NASA engineers created to make lunar and Martian rovers more resilient. The tire is called METL and is the first product to come from the start-up company’s work with the NASA Glenn Research Center.

At that research center, NASA engineers developed “shape memory alloy” (SMA) technology. SMA allows the construction of a tire made entirely of interconnected springs requiring no inflation, making it immune to punctures. Despite having no air inside, it can provide equivalent or better traction compared to inflatable rubber tires.

The design also has some integrated shock-absorbing capability. The key to SMA technology was creating an alloy able to return to its natural shape at the molecular level. That means the alloy can deform to adapt to uneven terrain and obstacles but returns to its regular shape without losing structural integrity over time. 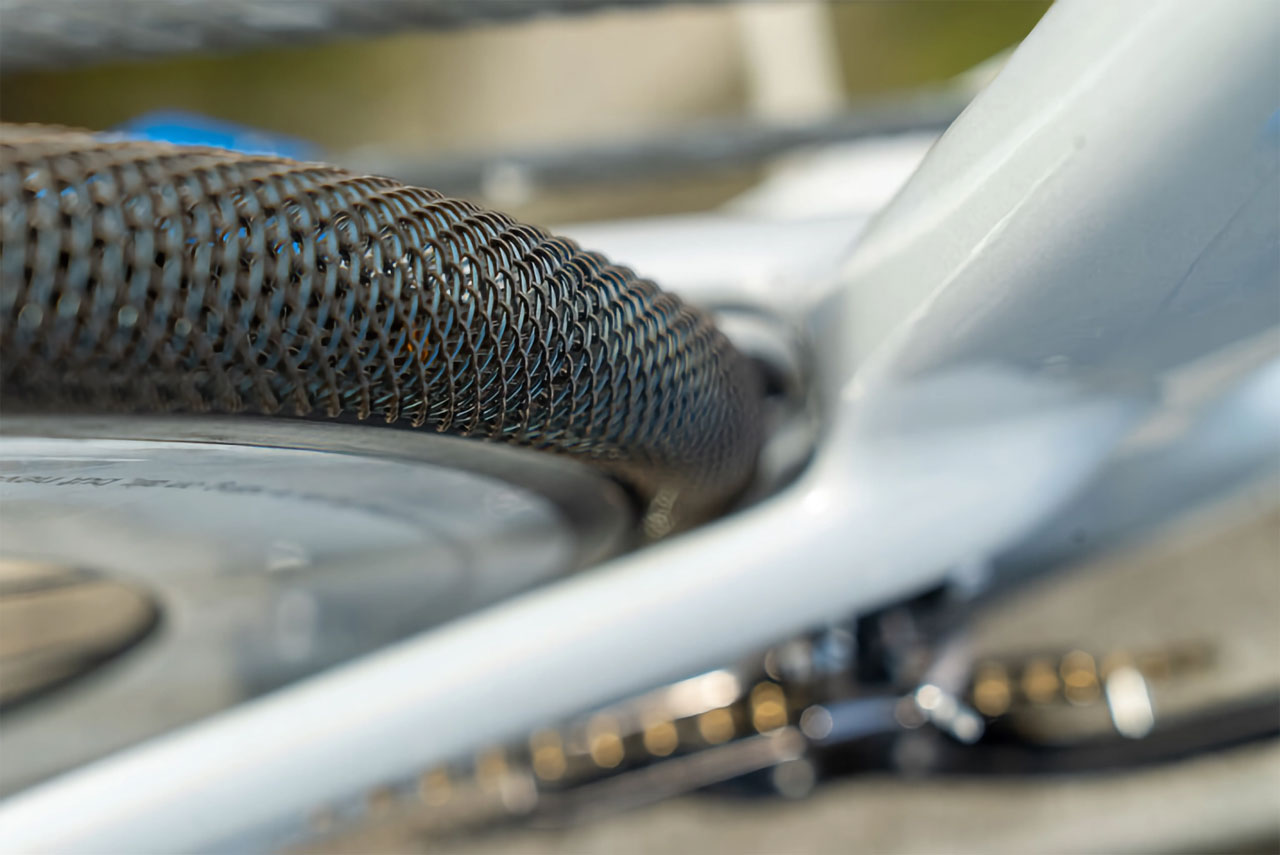 METL is targeting the bicycling world and is expected to become available to the general public early next year. After the bicycle tire is released, SMART wants to bring SMA technology into the automotive and commercial vehicle industries. METL does have a partnership in place with Spin, a bike and scooter-sharing company owned by Ford.