Smart homes: how close are we from the house of the future?

Yesterday, Google unveiled its newest product: OnHub. While technically a network router, it was also subtly a building block of Google own ambition to be the center of your home. And the search giant is hardly the only one. Somewhat a subset of the so-called Internet of Things that aims to connect anything and everything to the net, smart homes and smart appliances have become the byword of many tech companies as well as appliance makers. But are we really on the cusp of making that hi-tech future a reality? Or are we still taking baby steps?

It’s not hard to imagine the ideal home of the future. You have appliances that know how to turn themselves on or off at the proper time, saving energy by shutting down when you’re out and then warming or cooling things when you’re just about to arrive. It knows your preferences and maybe even your moods, playing just the right songs or lighting up with the right color when the situation calls for it. And all of this can be controlled from the convenience of your smartphone or even your smartwatch, whether you’re in the house or in another city. A house that can think for itself so that you wouldn’t have to, to save on energy and to offer luxurious, convenient living.

Today, we do have device and appliances that do, or at least promise, just that. From smart bulbs to smart thermostats to smart plugs, we have a variety of products all clamoring for attention, trying to claim a piece of the IoT pie before it becomes too crowded for companies to make a distinction. And we already have a wide variety of brands already playing on the field, both from the tech industry as well as consumer electronics and appliances. Google, Apple, Nest, ZTE, GE, Philips, Honeywell, Logitech, and IKEA, just to name a few. And those are just the more established names. Head on over to Kickstarter or Indiegogo and be inundated with the number of smart home ideas all vying for your patronage.

From the looks of things, it seems we’re ready to jump into the age of the smart home with all these products already available in the market, or will soon be before the year ends. But, as the say, looks can be deceiving.

The smart home market, as it stands now, is hindered by two problems. Amusing, they are almost completely opposite problems.

On the one hand, there might be too many such devices. While choice is always a good thing, disjointed choices might only serve to confuse and discourage consumers from adopting smart home solutions. Your smart bulb requires one app while your smart thermostat requires another. Your smart sound system speaks one language while your smart camera monitor speaks another. At the moment, there are no clear leaders in this nascent industry and each player tries to pull customers in their own direction. Neither Apple with its HomeKit nor Google with its Brillo have the same clout they do on mobile. That said, there are a few unifying voices, both in terms of trying to corral players into groups and trying to make disparate voices sing in harmony. But those voices, for now, are far and few in between. In short, the market still needs to consolidate and settle down a bit.

On the flip side, there are also too few smart home choices to go around. If you try to think hard enough, you will most likely categorize smart home products into bulbs, thermostats/AC control, security cameras/monitors, plugs, and, of course, the ever faithful robot vacuum cleaner. Maybe you could also throw in some smart speakers and, of course, smart TVs. Those mostly cover the basic things you might want to do, but not everything you can or wish you could do. Smart water pots and cookers? Maybe a bit. Smart refrigerators? Those are still coming. How about smart windows that tint and clear on the dot? 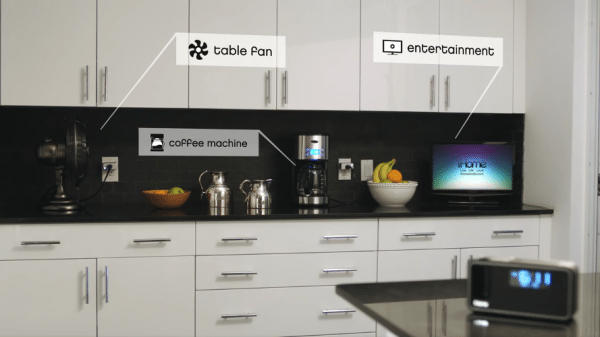 Look around the house and you’ll probably see many things that could be made smarter, but that’s not going to happen because it doesn’t make business sense to diversify products this early on. Bulbs and thermostats are more familiar and more logical recipients of brains. But, at the same time, a smart home is really only half smart when some parts act on their own and not others. Some, like Belkin and SmartThings offer a compromise: a smart plug that can give a bit of brain to any thing that plugs into a wall socket. Mediating between appliance and power source, these plugs can switch devices on or off based on a command or schedule. The catch? That’s really all they can do.

There is one hidden danger with all of these Internet-connected devices. Connecting appliances and devices to the Internet potentially exposes them to intrusions. At a time when security and privacy have seemingly become luxuries rather than rights, that might be a worrying scenario of the future. This past weeks, we’ve seen reports of how hackers have managed to get unauthorized access to technology-infused and Internet-connected cars. Imagine that same situation with your appliances at home. Forget the potential leak of personal information. Your very life might be on the line.

That’s not to say, however, that we should frantically start unplugging our devices from the Net. The Internet of Things is an inevitable future, which all the more makes it important that security become as important a priority as technological advancement and marketing.

Even as smartwatches become more ingrained in consumer consciousness, another new device class is starting to appear. IoT and smart homes are equally logical extensions of our digital lives that have started to revolve around the smartphone. We are seeing just the buds of this new breed and we are unlikely to see a growth spurt soon, with companies and manufacturers taking more cautionary baby steps forward than a leap of faith.

We are still at the beginning of this movement, which makes it all the more important to get our ducks in a row from the get go. Especially the duck named “security”. Sometimes more an afterthought than a feature, this is one area that movers and players cannot delay for a later date. As more of our personal and physical lives get connected to the Internet, the more we need to be sure we remain safe.