Smart cities are all the hype these days. Everyone from urban planners to private companies have been throwing the two words around lately, as a common aspiration for metropolitan cities in the coming years. It comes tied with a bunch of other complicated concepts, from the Internet of Things (IoT), to 5G, autonomous transportation and information and communication technology (ICT).

While it all sounds complicated, we already see plenty of early smart city traits blooming in cities like Singapore, Dubai, New York and Shanghai today, amongst many more. You probably have the key to smart citizenship right in your hands too – your phone, which unlocks a bright and exciting future ahead.

A city becomes a “smart” one when they utilize data and digital technologies to solve its problems, making it more efficient and productive. It arises from government and corporate efforts to bring a “digital” culture to the people, which we see in electronic payment solutions, services shifting to mobile applications and other forms.

The point where cities turn into “smart” ones can’t be measured, but it’s a culture of digitalization that city developers are working toward to increase productivity.

A giant leap in communication lies at the heart of this ongoing development. You would’ve heard of 5G: the ultra-fast, no-lag evolution of wireless networks today, and it’s a milestone “smart-citification” is desperately anticipating. 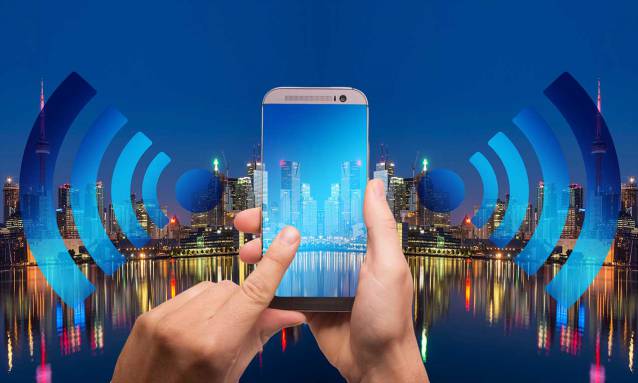 The fifth generation of wireless networks brings download speeds up to 20GBps, changing the speed messages can be communicated and sent all over the city. What’s revolutionary here is the low-latency of 5G; messages are transmitted with a delay of 1ms, 120 times faster than 4G.

Anything connected to a 5G network communicates virtually without delay, enabling autonomous transportation, IoT and other advances in technology.

The technology and advancement needed to bring autonomous transportation to the masses may still be years away, but this is what cities are eagerly awaiting as they go “smart”.

This is the dream of driverless vehicles, navigating flawlessly around the streets with minimal risk of accidents and perfect efficiency thanks to 5G. The massive data speeds allow cars to connect and receive data from any wireless device, from nearby cars to phones in your pockets, mapping out a safe route for you. With 1ms latency means machines have ample time to react to sudden changes en route, drastically minimizing the risk of accidents.

While that’s the dream cities are aspiring to, we’re on course to realizing this with mobile apps like Uber and Lyft, digital solutions to private transportation. If you’re anyone of the 150 million riders who have used one of these apps in the U.S. alone, precious data is being collected and analyzed by ride-hailing companies, to build a foundation for autonomous cars in the future.

Another e-payment ad? It’s all part of this very process of “smart-citification” as purses and pouches become a thing of the past, in favor of digital wallets.

It is rather efficient, you no longer carry physical notes that can be lost or stolen, and your expenses can be tracked and controlled with the help of apps and technology. But you know this already, where do we go from here?

Digital realities, like Augmented and Virtual Reality (AR/VR) are going to be an even bigger part of the shopping experience. As LEGO demonstrated with their AR pop-up store in London, we’re going to see more companies taking you on virtual renditions of stores, and basically using your phones a lot more to shop. All the data you leave behind allow shop apps to tailor the experience for the user, giving you offers and suggestions based on your data trail. 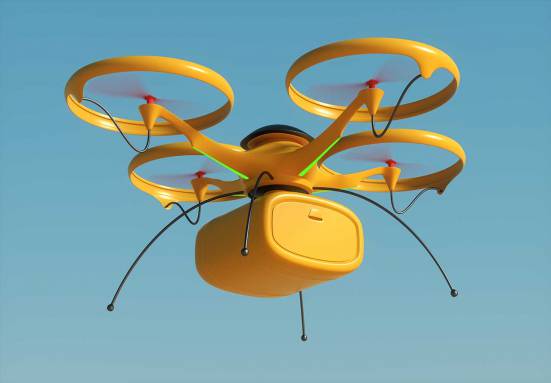 Expect deliveries to be even more prominent and fuss-free. With automation, companies like Amazon are working to reduce the major delays that are a problem with the final mile of delivery, when parcels need to scatter to their pin-point locations. Drones are currently being tested to speed up door-to-door delivery, which is going to be quite a sight to see.

If a smart city is built on the idea of digitalization, there’s no better place to inculcate a new culture than in schools. Most schools in metropolitan areas area bringing textbooks and other essentials online. We see this in online school portals and tablets being issued to facilitate learning.

We’re also going to see a shift in the things we study. As more of the content we read and encounter becomes digitalized, the need for coding is greater than ever, much like a rising language that more people will find useful to acquire. Data analytics and ICT are pillars that will be needed more than ever and expect to see more students taking up these courses in schools.

Logistics, security and ethics stand in the way of fully-realized smart cities.

5G may be the catalyst for all things smart, but it will take many years before these new antennas and cables can be installed in cities. As it connects even more wireless devices to networks, there will need to be even more antennas at close proximity to ensure quick and smooth transfer of data. 5G is set to launch in several cities in the U.S., including Los Angeles, Atlanta and Houston, and it’ll be a crucial study for further implementation on a grander scale.

Unsurprisingly, pledging our lives to technology is a potential security disaster waiting to happen. Just imagine the nightmare of driverless cars being hacked; or accessing controls of your household or personal information through any wireless access points in a home. There’s a lot here that needs to be ensured before the hearts and minds of the masses are genuinely won over.

Finally, there’s ethics and legalities that are being heatedly debated now. These are pressing issues liability for vehicle accidents, to surveillance concerns and estranging the generations unfamiliar with tech. One thing for sure, these are the questions we need answers fast. Technology waits for no one.