The picture might not suggest it, but this is actually a very clever power socket.  The work of Phil Endecott, it’s actually linked up to a Linksys NSLU2, the network storage device known as the “Slug”; he uses it to switch on and off his seldom-used printer remotely from elsewhere on his network.

The plug actually connects to one of the NSLU2’s USB ports, and can be used with any Linux box.  It’s not just for printers, either; you could use it to turn on or off lights, speakers or anything requiring power.  The plug also automatically switches off after twenty minutes.

If you’re interested in building your own, Phil has released all the schematics and code necessary.  It’s based around a USB-to-Parallel chip with eight outputs, and so feasibly I imagine you could have a whole row of power sockets that get remotely activated. 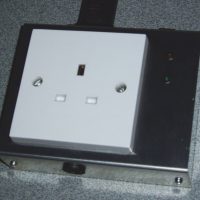 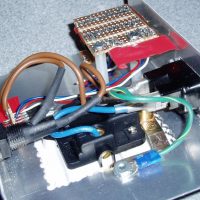