If you’ve got a Chromecast, we’ve got great news for you. In what really is a bit of a workaround, Chromecast is getting TV, even live stuff. Sling TV, which takes TV content and re-directs it just about anywhere, has updated their app for Android, iPhone, and iPad to allow for Chromecast streaming. 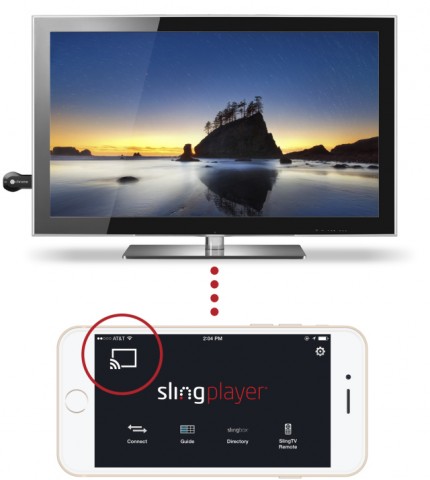 Sling has three boxes for users, ranging in price from $150 to $300. All will work with the app, and thus Chromecast. All three will broadcast live or recorded TV as well, and none require a subscription plan.

For those on the go, Chromecast was already a really neat device. Now that live TV (which means sports) is in the mix, that $35 spend for a Chromecast is much more attractive. When compared to a Roku or Apple TV, both of which have Sling capability already, Chromecast is really starting to stack up favorably.

Look for the app to update over the next day or so, if you’ve not received it already.