Live television is undergoing a revolution, and while it is mostly a welcomed thing — who doesn’t like the idea of contract-free live TV streaming? — it does have a downside: some of the new services are less-than-simple to navigate. While this may not be a problem for the youngest generation who will grow up exposed to these new-fangled interfaces, the experience is mostly just frustrating for everyone else. Thusly enters Sling TV‘s new traditional channel guide.

Regardless of the cable or satellite service, channel guides mostly look the same across all traditional platforms: the channels are listed on the left side of the screen (A), the time slots are listed across the top (B), and the TV shows related to these channels/time slots are presented at the intersection point between A and B. Add a video preview in the top right corner and a small description in the top left corner, and you’ve got all the makings of a perfect, easily consumed channel guide. 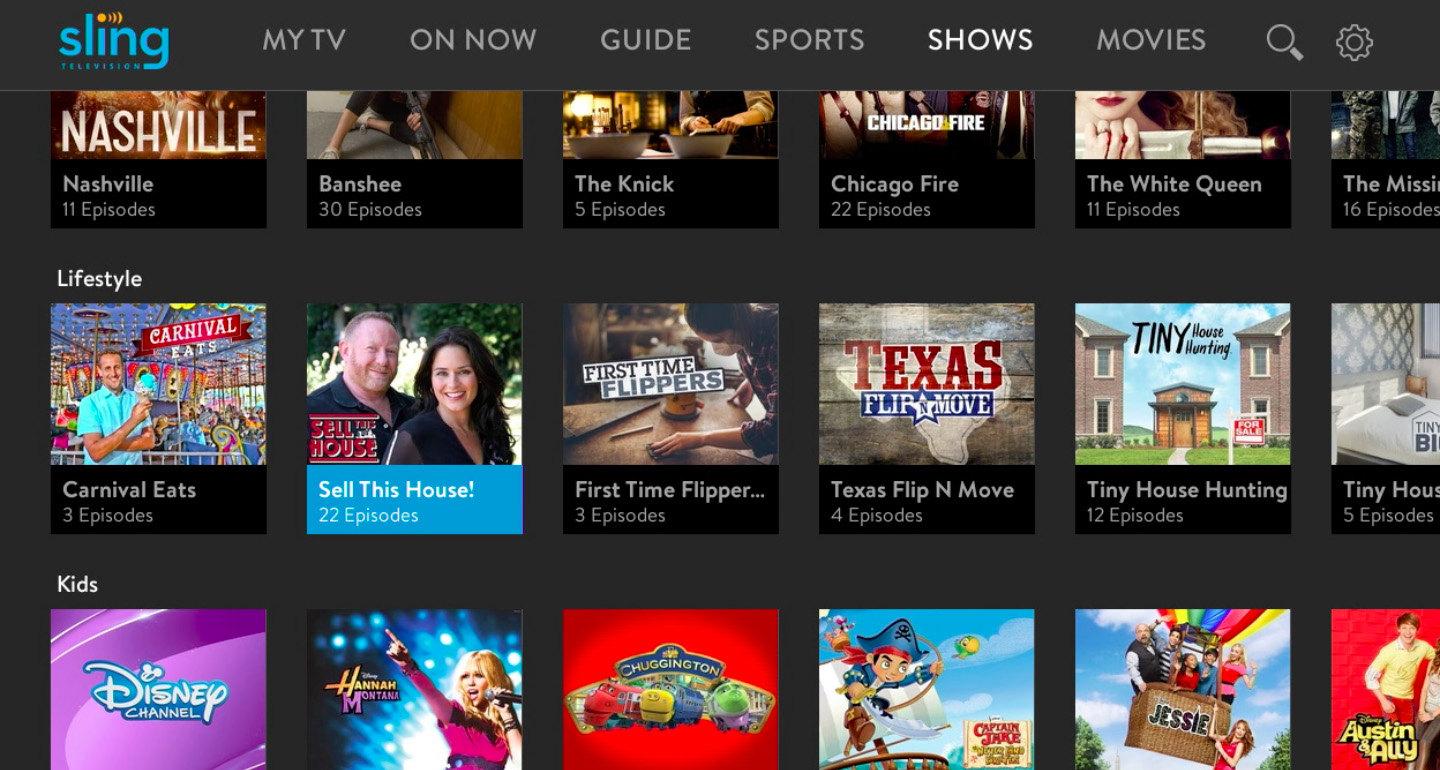 Some OTT television services adhere to this traditional guide style, such as PlayStation Vue, and others are experimenting with an entirely new type of interface, such as Hulu. In between the two lies Sling TV, a service with an interface that was mostly just atypical and frustrating but not unique enough to be worth the effort. In response to customer feedback — and perhaps to remain competitive in this increasingly crowded market — Sling TV has announced a new traditional ‘grid’-style content guide.

Those who prefer Sling TV’s current guide don’t have to worry, since it’s not going anywhere. The new grid guide is optional for those who want it, and it is arriving first on Android devices. Sling says that it will be introducing the new guide on other devices soon, but doesn’t give any specific timeline. The company is also introducing a ‘Shows’ screen for finding new episodes based on category, such as a ‘Kids,’ ‘Lifestyle,’ and more.