This week in science: the deadly nature of biofuels, marauding space junk endangering astronauts and maybe even our connected life, underwater jets, and giant rockets. Also, a couple of multitasking power plants, and a very different way to re-use plastic. Read on for more! 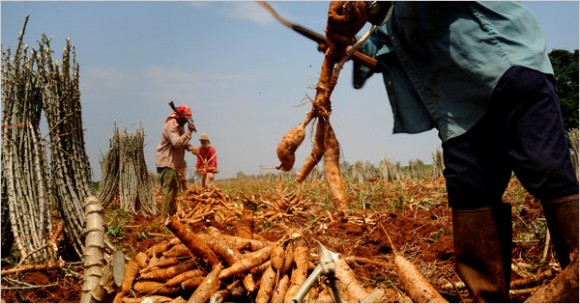 Two stories this week address the problematic nature of biofuels. At first they sound like a great idea, using food to create fuel, instead of petroleum. Decrease our dependence on foreign oil! But what happens when we are using too much food to create fuel, and there isn’t enough left for people to eat? And then add the fact (in the case of ethanol) that it takes more energy to produce the fuel than the fuel can actually generate. Now it starts to sound like a bad bargain. 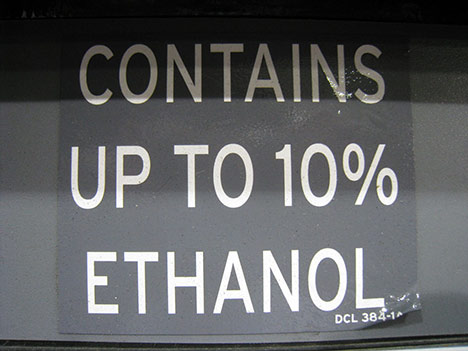 The Association of American Physicians and Surgeons (AAPS) released a warning that policies in the U.S. and Europe to increase the production of biofuels could lead to close to 200,000 deaths in developing countries. Why? Because the purchase of food crops for use in fuel production has raised the price of food, especially corn, sugar and palm oil.

And in the past four years, China has drastically ramped up its purchase of cassava chips, which it uses for producing fuel. In fact, 90% of the cassava chips from Thailand, the world’s largest producer of the root, are going to China for that purpose, and that has caused the price to double.

According to the AAPS: “Research by the World Bank indicates that the increase in biofuels production over 2004 levels would push more than 35 million additional people into absolute poverty in 2010 in developing countries. Using statistics from the World Health Organization (WHO), Dr. Indur Goklany estimates that this would lead to at least 192,000 excess deaths per year.”

And the unfortunate thing is that this is all driven by the developed world trying to reduce global warming and our “carbon footprint”. While the goal is admirable, the side effects are proving disastrous. There has to be a better way. 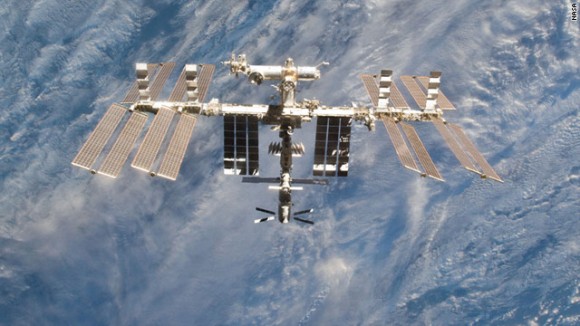 Space, or at least Earth’s orbit, is becoming more and more congested with satellites, communications equipment, and just junk, and this week the International Space Station was in danger from a rogue bit of space debris. The Pentagon estimates there are now more than 370,000 pieces of junk floating around in low-Earth orbit, from collisions, missile tests, and space missions, turning the area directly above Earth into “an orbiting rubbish dump”.

One piece of that rubbish, a piece of a Chinese satellite that was destroyed in 2007, almost collided with the International Space Station this week, and NASA was on alert in case the three astronauts on board the station needed to be evacuated to the nearby Soyuz capsule. But as the errant satellite scrap approached, it turned out it wouldn’t get close enough to pose a threat. This is becoming a more common occurrence, as the space station had to move out of the way of another piece of junk only a week ago. And experts have said that the floating debris could pose a real danger if a collision with a satellite causes a chain reaction that takes out multiple satellites and interferes with our communications on earth. Looks like we need an orbital cleanup crew.

Looks like quite a ride
The new F-35 jet is being built right now, and the ejector seat was tested using a kind of rocket sled hurlting down railroad tracks at 600mph. The testing was done with a dummy of course, not a real pilot. It only takes three seconds from when the handle is pulled until the pilot is out and floating under the chute. From the video below, it looks like a rough ride. 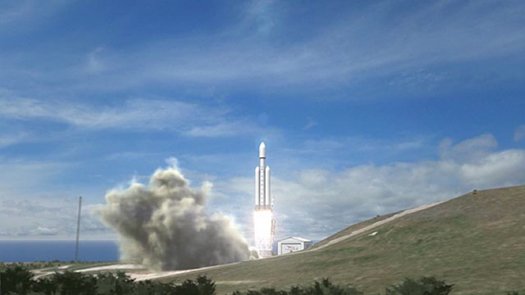 The private spaceflight company SpaceX announced a brand new, and gigantic, rocket this week. The Falcon Heavy will be 22 stories high, and have a cargo capacity of 117,000 pounds. The rocket will have 27 engines, and a 227 foot booster. It is intended for launching huge payloads into orbit for both government and commercial concerns. And this rocket will set a new world record for lowest cost per pound to orbit, launching 117,000 pounds for “just” $80-125 million, according to company founder Elon Musk.

Sir Richard Branson Tackles the Ocean Deep in a Jet 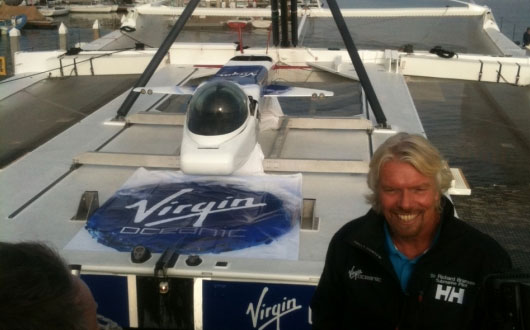 Sir Richard Branson has his fingers into everything from space flight to air travel and lots in between. He is set to take is Virgin empire under the sea. Branson has launched a new enterprise called Virgin Oceanic. The goal of Virgin Oceanic is to explore the seas in a manned craft and map the bottom of the ocean at some of its deepest points.

Virgin oceanic will work with some of the most important scientific institutions in the world to collate the data collected on its voyages and to catalog the ocean life it finds that may have been undiscovered before. Branson also hopes to have some fun and set some world records.

The single person sub that the enterprise will use looks like an underwater airplane and Branson will pilot some of the missions himself. The ship will use Google mapping technology to chronicle the dives as they happen and share the discoveries made as well as the footage of the missions with the world. The company believes that it will set as many as 30 world records with each dive being the world’s first solo dive to the bottom of the five deepest trenches in the world.

Multitasking power plants, and a new way to re-use plastic

Usually, when one thinks of gas produced from solid waste, something like this comes to mind:


But in Scotland, researchers are working on a dual-purpose wastewater treatment system that could also produce electricity. The team has received a grant to create a waste treatment system based on special bio-engineered bacteria that use anaerobic digestion (without oxygen). The bacteria would break down large amounts of solid waste, and in the process would produce gas that can then be captured to produce electricity.

The system would be perfect for use in the developing world, where sewage systems are poor or non-existent. The principal investigator on the project, Dr. Gavin Collins, spoke with The Engineer about the project:

“We can use anaerobic digestion where we can pump high volumes of high-solid wastewater in to achieve a much more efficient system and at the same time not pump energy into the system because it doesn’t need air. The obvious alternatives are based on aerobic digestion like those used in developed countries. But these are unsustainable approaches where we don’t recoup any energy or useful products. Instead we put a lot of energy in and it costs a lot of money. Conventional techniques also result in the production of huge volumes of excess sludge and new waste, which we also want to avoid.”

There are still quite a few problems to be worked out, for example, anaerobic bacteria is now used in treating only wastewater with a low solid content so the bacterial won’t be pushed out of the tank by the solids (best not to dwell on what those are). But the team thinks it can bio-engineer bacteria to stay put. Then they will have to determine how to capture the gas produced. And on what scale it can be feasibly done. However, they think that they can come up with a prototype system in four years.

If successful, this would be a great way to use something gross to produce something good, but there are a lot of hurdles to be overcome. This could be useful not only in poor countries, but in the developed world as well. 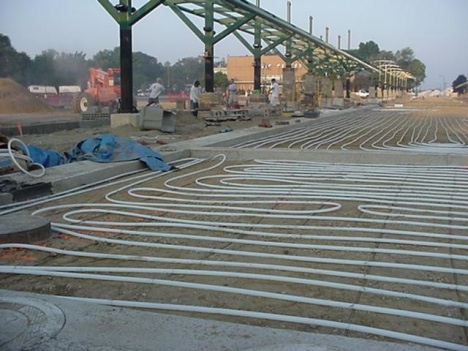 Heated sidewalks seem like kind of a luxury, similar to heated seats in your car. Well, 23 years ago, the town of Holland, Michigan came up with a way to keep its sidewalks from freezing without the use of salt or chemicals. They use the hot water generated by the coal power plant, and run it through 325,000 linear feet of uponor PEX plastic pipe that runs underneath the sidewalks, heating them up and keeping them snow-free. 762 gallons per minute are pumped through, and the water is put to a useful purpose instead of being pumped into nearby Lake Macatawa.

However, according to TreeHugger, the power plant has found ways to avoid upgrades to limit emissions, making it one of the dirtier coal plants around.

Well, at least they have found a way to use the hot water for a good purpose. 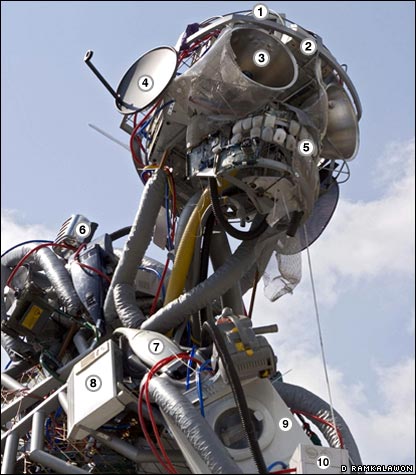 We are producing ever larger amounts of plastic waste. There is enough plastic in the Pacific Ocean gyre to fill Texas twice, and there are two trillion pounds of plastic sitting in US landfills. And at the same time, oil prices are going up at a rapid rate. Well, an Oregon company called Agilyx may have a solution to both of these pressing problems. The company has a patented method of converting plastic waste into synthetic crude oil. And they are currently selling the product to refineries.

Agilyx uses a set of four primary vessels, along with some secondary processing equipment, and can convert 10 tons of plastic into around 2,400 gallons of crude each day. You can see the process step-by-step here. The waste plastic is ground up, placed into a cartridge that is placed inside one of the vessels. Hot air is circulated around the cartridges, melts the plastic, and turns the plastic into a gas. The gas is pulled through a central condensing system, where it is cooled and condensed into synthetic crude. Impurities are filtered out, and gases that don’t condense are made environmentally friendly and released into the atmosphere (this part is a bit scary). Then, the oil can be sold to a refinery, mixed with regular crude oil, and distilled. It could possibly even be made back into plastic again.

This process can’t be used with all plastics, only those made from hydrocarbons, like ABS, polycarbonate, and polypropylene.

There is another company doing this now as well (thanks to a commenter for pointing this out), JBI Inc., and I am sure more will pop up. It is a genius idea, and a profitable one. Definite win-win.
[via SlashGear]