At the Uplinq 2011 conference today, Qualcomm announced that it will be working with game developers to create an optimization program for console-quality games, which will include a “Game Pack” of 100 mobile games for Android. This step towards gaming optimization seems similar to rival NVIDIA’s approach with their Tegra 2 processors that are optimized for PlayStation gaming. However, Qualcomm plays it a bit differently by not restricting their games to only Qualcomm Snapdragon powered devices.

Qualcomm’s program will involve working with developers to optimize the performance of their games to take full advantage of the Adreno GPU in Qualcomm’s Snapdragon processors. The Game Pack will initially come with 100 mobile games that will be available through the Android Market and developer stores. Those same games will also be available to manufacturers working on pre-production devices running Snapdragon processors. 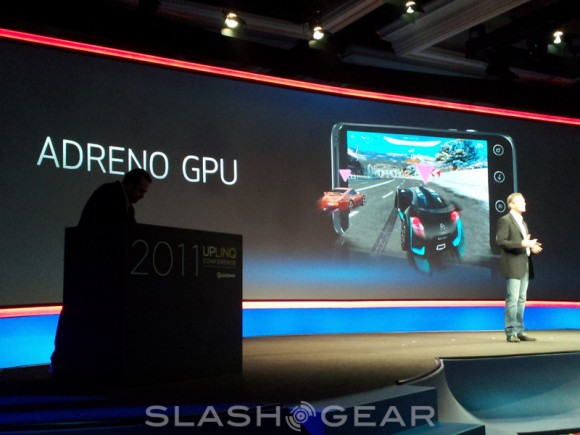 There are currently over 125 devices on the market powered by Snapdragon. And, another 250 Snapdragon devices are currently in development worldwide from various OEMs. It’s safe to say that games optimized for the processor will have a rather large market for distribution. Several developer groups have already signed on with Qualcomm’s optimization program, including Babaroga, Booyah, Com2us USA, Digital Chocolate, Eyelead Software, Glu, Guild Software, NAMCO BANDAI Games America, Gameloft, Natural Motion, Polarbit, Southend Interactive, and Tripwire Interactive. 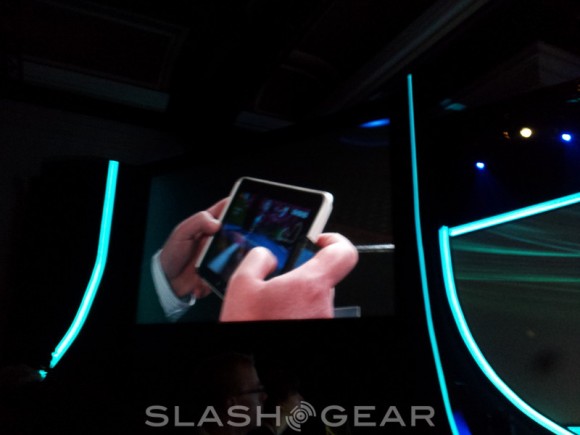 There are also a couple of games that have already been Snapdragon optimized and released, including GT Racing: Motor Academy and Real Soccer 2011 that are both available at Gameloft. Modern Combat 2: Black Pegasus is available through the Android Market as well as through V-Cast Apps for the Xperia PLAY. Some other optimized games that will be available soon include Pool Pro Online 3, available through the developer’s website, and PAC-Mac Cart Rally 3D, which was demoed at the event today. 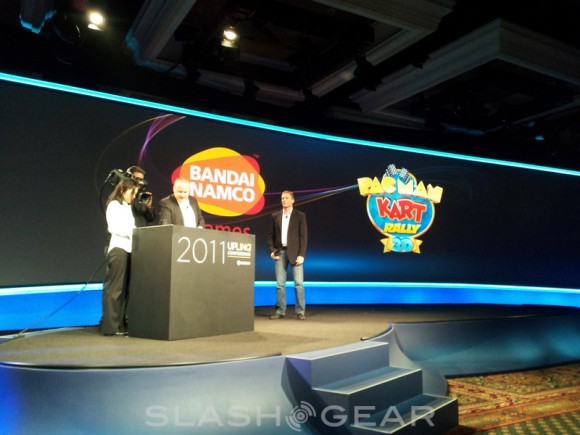 Qualcomm’s game optimization program strives to ensure that games will work best with its Snapdragon CPU and Adreno GPU to encourage consumers to seek out devices with its processors for the optimal gaming experience. But like we mentioned earlier, the main difference between Qualcomm’s Snapdragon Game Pack approach and rival game optimization programs is that Qualcomm is not limiting developers to one processor. With already a large market, some successfully optimized games with more in route, and an “open” approach, Qualcomm could certainly become a major player when it comes to mobile gaming hardware. 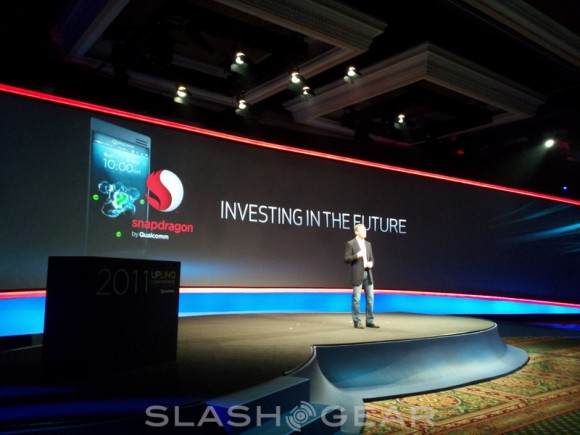 SAN DIEGO – June 01, 2011 – Qualcomm Incorporated (NASDAQ: QCOM) today announced the introduction of the Snapdragon™ Game Pack, which is an optimization program initially featuring more than 100 mobile games that represent the first installment of a growing collection of the latest console-quality and casual games optimized and enhanced for Snapdragon-based mobile devices. This significant milestone conveys the depth of support and collaboration among Qualcomm and top gaming publishers and developers that are using the advanced graphics capability of the embedded Adreno™ GPUs in Snapdragon mobile processors to bring a better gaming experience to mobile users. Future phases of the Snapdragon Game Pack will be able to take full advantage of next-generation Snapdragon mobile processors that will feature quad-core Adreno GPUs and will be optimized for larger display devices, such as tablets.

With more than 60 percent of smartphone users regularly playing games on their mobile devices, the demand is clear and the time is right to bring this significant advancement to the mobile gaming ecosystem. These individual Snapdragon-optimized games are accessible to the Android community via the Android Market and developer stores. The next-generation games to be included in the Snapdragon Game Pack will also be made available by the publishers and developers of such games for mobile device manufacturers working on pre-commercial products to bring an industry-leading gaming experience to their Snapdragon powered devices. The Snapdragon Game Pack is also designed to help publishers with more pre-install opportunities for generating new revenue with their existing catalog of games. With more than 125 Snapdragon devices announced and more than 250 in development from OEMs and operators worldwide, the Snapdragon platform is the mobile platform of choice for many publishers.

“We are excited to be leading the way with the top game developers in the industry to bring better gaming experiences to Android and other platforms for everyone to enjoy,” said Dave Durnil, director of advanced content at Qualcomm CDMA Technologies. “Our in-house gaming team is comprised of lead programmers from major game studios that have launched commercial titles for consoles and mobile. This team is focused on enabling industry-leading gaming experiences for our next-generation Snapdragon mobile processors and supporting developers that are part of the Snapdragon Game Pack.”

“We are happy to work with Qualcomm to deliver a great gaming experience on Snapdragon-powered Android devices, with games such as GT Racing: Motor Academy, Modern Combat 2: Black Pegasus and Real Soccer 2011,” said Baudouin Corman, vice president of Publishing Americas, Gameloft. “These powerful devices enable the development of immersive HD games, and we are pleased to work with Qualcomm to take it to the next level.”

“The wide industry support behind Snapdragon helps to facilitate consistency of hardware, even between different manufacturers, and it makes optimizations of our products an easier process,” said Mitri Wiberg, CEO, Polarbit AB. “Working with Qualcomm also gives us the opportunity to attain business opportunities with major mobile industry players that rely on Qualcomm technology to power their products.”

“We are delighted to continue our collaboration with Qualcomm in bringing extremely compelling gaming experiences across platforms,” said Jason Loia, chief operating offices, Digital Chocolate. “Android has the potential to be a key catalyst of the social gaming revolution on mobile, and Digital Chocolate is committed to it as a first-rate gaming platform.”

“We are always pushing the limits of 3D Social Mobile game quality with the goal of delivering a dynamic, console-like gaming experience,” said Giancarlo Mori, chief creative officer, Glu Mobile. “The Snapdragon Game Pack offers top developers like Glu the tools needed to continue delivering this experience on the next generation of mobile devices.”

“The broad adoption of Snapdragon mobile processors in the Android space, along with great developer support from Qualcomm, made a compelling case for bringing our unique MMO experience to these devices,” said John Bergman, CEO, Guild Software Inc.

“As a leading and innovative games developer, we always aim to make the best games no matter what platform, and with the help of Qualcomm and the performance of Snapdragon mobile processors, we are able to do just that,” said Fredrik Erlandsson, CEO, Southend Interactive.

“Snapdragon-powered devices exhibit great performance and impressive 3D graphics for game development, allowing us to maximize the visual appeal of Pool Pro Online 3,” said Dominic Lobbia, senior R&D director, NAMCO BANDAI Games America. “Qualcomm has also provided industry-leading tools, including the Adreno Profiler, which has enabled us to fine-tune the 3D performance of our games on the Snapdragon platform.”

“We are pleased to be bringing a number of our titles onto the Android operating system that are optimized for devices utilizing Qualcomm’s Snapdragon platform,” said Torsten Reil, CEO, NaturalMotion.

“We are excited to start bringing top-of-the-line PC games to the mobile market, and now we can do it on Snapdragon-powered devices,” said Alan Wilson, vice president, Tripwire Interactive.