SlashGear 101: What is Nintendo TVii?

As the Nintendo Wii U gets wrapped up for presents for the holidays and is getting pumped up in hardcore fun-loving gamer abodes across the planet here at the end of 2012, so too is one of the most value-added features ready to create an impact with its television-enhancing abilities. What we’re having a look at today is the Nintendo TVii, a software experience inside your Wii U that works with both the main screen on your television and the miniature touch-friendly display on your Wii U GamePad. With Nintendo TVii you’ll be taking control of your television and interacting with a collection of media in ways you’ve never before experienced. 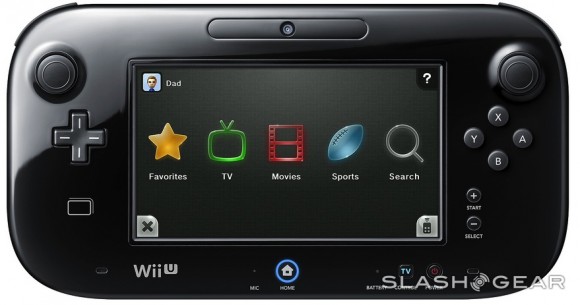 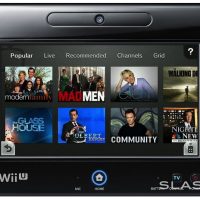 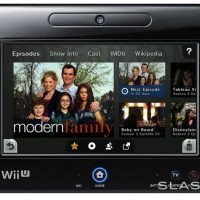 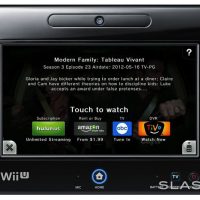 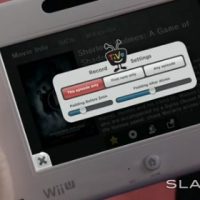 You can either connect through a show – picking it and watching it on-demand – or you can select from a collection of channels which includes MSNBC, Animal Planet, Fox News, ESPN, and more. 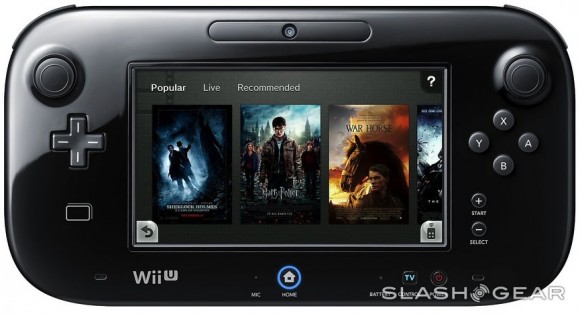 It may seem a bit odd that next to TV and Movies you’ll find a button for Sports – a category that anywhere else would be included under the TV roof. Nintendo has this category up out in the open because they’ve got deals worked out with the providers of the sports programming they’ve got on-hand that goes above and beyond what’s offered with Movies and TV shows. 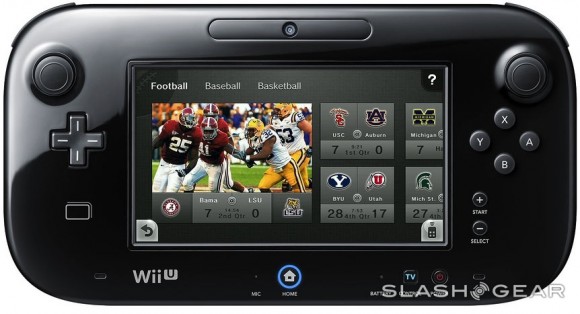 When enter the Sports category, you’ll be able to select from Football, Baseball, and Basketball – and we’re sure that someday the Nintendo family will recognize the most played and popular sport across the planet: Soccer (or Futball, as it were). For now you’ll be working withe the American egg tossing sport and will have interactive action at your fingertips the likes of which you’ve never seen before with any other television console. 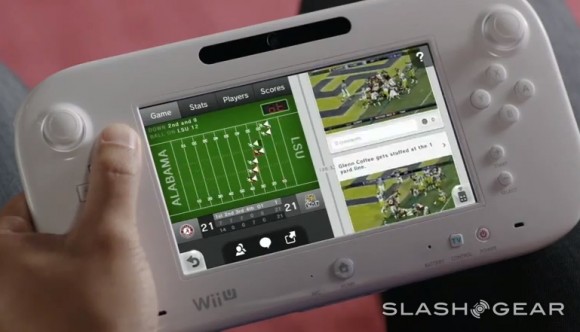 Inside of a game you’ve got the ability to see the game with plays on a flat “gameboard” sort of interface, you can see statistics as they happen, player ranks, and scores. This information comes in a user interface on the GamePad that you’re able to access separate from the game playing on your big screen, here giving you the ability to interact with the game and share the bits you like while you’re watching. You can connect with friends who also work with a Wii U live, chat, and share replays. 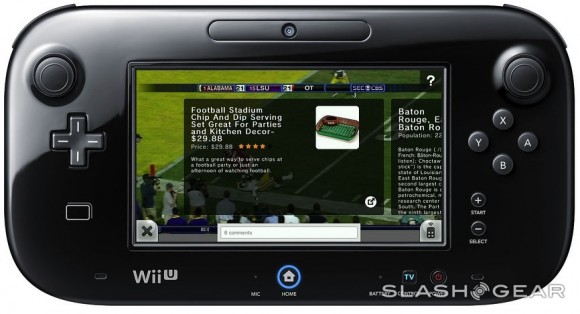 Perhaps most oddly of all, you’re able to see related content to the game when you’re in it including offers to purchase items and services. One fabulous example is what you see above: a Football Stadium Chip and Dip Serving Set – buy it from your couch!

You’ve got connections to each of your WiiU profiles in Favorites, each of them showing which shows and Movies that have been seen by each of the people using your device. In the future we’re expecting more interaction with Mii profiles across the web as well. Watch out for Grandma’s favorites and hope she’s not watching Texas Chainsaw Massacre again. 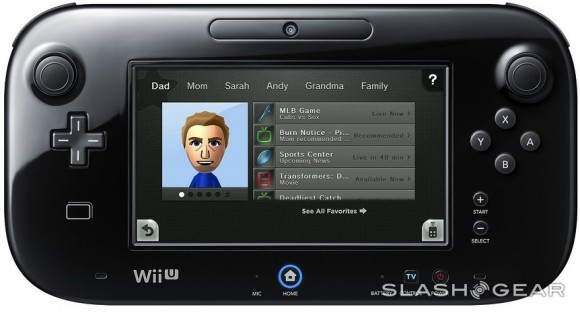 Of course there’s the standard remote control as well – from here you’re able to control your live TV as well as change the volume, switch through channels and episodes, and control basically everything from a collection of spin-dials. 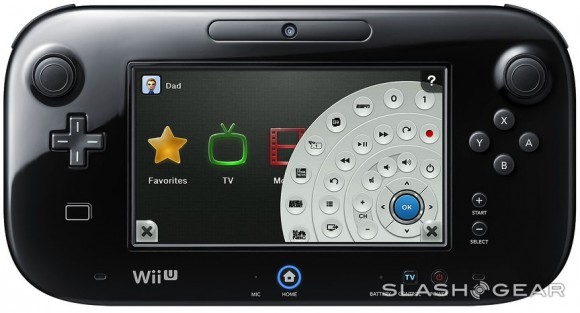 Have a peek at the Nintendo-made hands-on presentation here and get pumped up about the release – WiiU’s Nintendo TVii is coming down as an update to your console this week!