Slack: the hip and modern way to communicate at work

A lot of technologies have grown around the workplace, trying to ease the burden of collaboration, from cloud storage, to task management, to document management, and even video conferencing. Despite these advancements, however, a lot of the core communication that happens between members of a workplace still take place inside e-mails or instant messaging. That’s not even considering yet the separate and disparate workflows that these tools impose. What if you could have just one virtual workplace to rule them all? That is partially the promise that Slack is trying to make as it undergoes yet another funding round.

OK, so maybe Slack, which seems inappropriately named for a tool that actually tries to make you more productive, doesn’t yet embrace them all, but it’s close to getting there, integrating over a dozen popular web services like Dropbox, Asana, and more. It may sound a bit complex, but it’s all pretty simple: Slack gives you a single place where you can communicate with co-workers, whether that communication means sending text or sending files.

It may sound a bit like email, but Internet veterans will likely see Slack’s inspiration as coming from IRC, the old Internet Relay Chat that is still currently in use by a lot of online communities and sometimes even offices. It’s a particular favorite of software developers over rather unwieldy instant messaging apps and services. Even Slack’s logo, a stylized pound/number sign, calls to mind that IRC root.

But while IRC is, in essence, purely text-based, Slack embraces color, images, and modern conveniences. Whereas IRC is often criticized for its rather unwelcoming appearance and learning curve, learning how to use Slack is as easy as learning to use any modern messaging app. In fact, one could almost say it’s like group messaging, but that would be an understatement. For what group chat service can let you search through previous conversations, set up almost fine-grained notifications for only messages that include your name or other trigger words, share files easily and let others comment on those, and even edit or completely delete messages you’ve already sent. Then there’s the aforementioned integration with apps and services, including server monitoring with Pingdom, source code management with GitHub, or even, well, social networking with Twitter. And perhaps as a homage to its roots, Slack even has an IRC gateway that can let you connect to your Slack office using your favorite IRC client, though this is something that Slack doesn’t advise for security reasons. 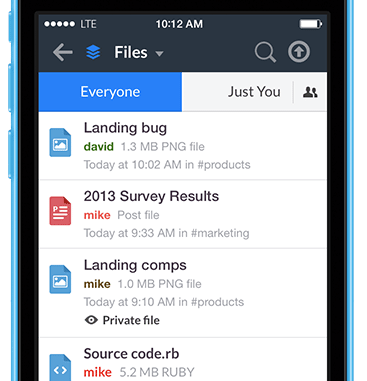 One of Slack’s strengths is its availability on almost all major platforms. On mobile, you have support for Android and iOS, with Windows Phone (or Windows 10) coming soon. On the desktop, you’ve got Windows and Mac OS X. Even Linux users aren’t left out of the party, with third-party clients that are basically just thin wrappers around Slack’s web app. And yes, when all else fails, there’s always the web browser.

Slack is definitely on to something if the fast-growing number of users and supports is any indication. For this funding round, it is valued at $2 billion. Compare that just half a year ago when its valuation was just $1.1 billion. It has managed to pull in users with really big names in their respective industries, like eBay, The New York Times, Walmart, and WordPress, just to name a very few. Some might consider Slack a hype or a fad that will go away sooner or later, but it has obviously struck a chord in the office worker’s heart. Even if Slack goes under, for some unforeseeable reason, the appeal, the idea, and spirit of the this communication platform will most likely live on, just as email and IRC continue to live on.