Slack Connect opens DMs to people outside of your company [Update]

Slack is adding the ability to direct message users at other companies, with Slack Connect paring back some of the separation between different teams. It’s the latest attempt by the popular business messaging platform – which Salesforce is currently in the process of acquiring for $27.7 billion – to oust email from the office.

Slack became a darling of workplaces well before the pandemic forced remote working to go widespread. Consisting of a different rooms for group discussions, smaller conversations for teams, and individual messaging between users, it aimed to cut down on unnecessary and unwieldy email chains as well as make conversations more real-time.

Slack Connect looks to do that but more broadly. “Designed to replace email outside your company, Slack Connect allows you to work with external organizations with the same speed and security you’ve come to expect with Slack,” the company said today. It’s in part a response to the growing recognition that post-pandemic workplaces won’t look the same as they did before, and that distributed teams are going to need new tools not only to collaborate within companies, but with partner businesses too. 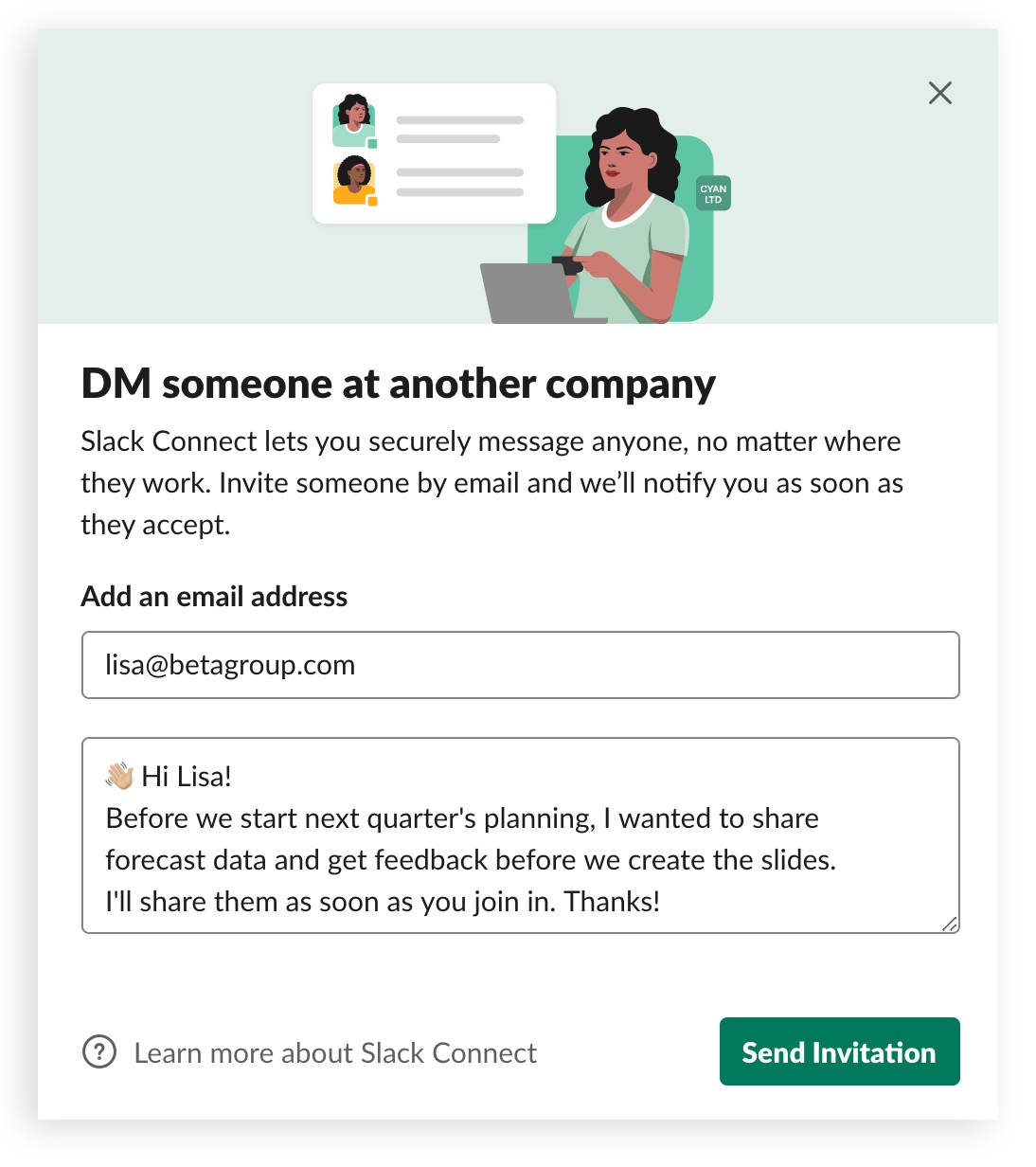 Slack Connect will allow up to 20 organizations to work together in the same space. Each organization taking part will have control over its own data, and later this year there’ll be the ability to link those organizations into a “private business network.” That will include unified directories of contacts, tighter with channel discovery and other features.

The most obvious feature addition will be the ability to send direct messages to someone not on your team. You’ll be able to send a Slack invite to a partner and – once they accept it – start messaging as though they’re in your own company. Slack Connect DM invitations will be expanded to all teams, the company says, including those using free plans, soon. 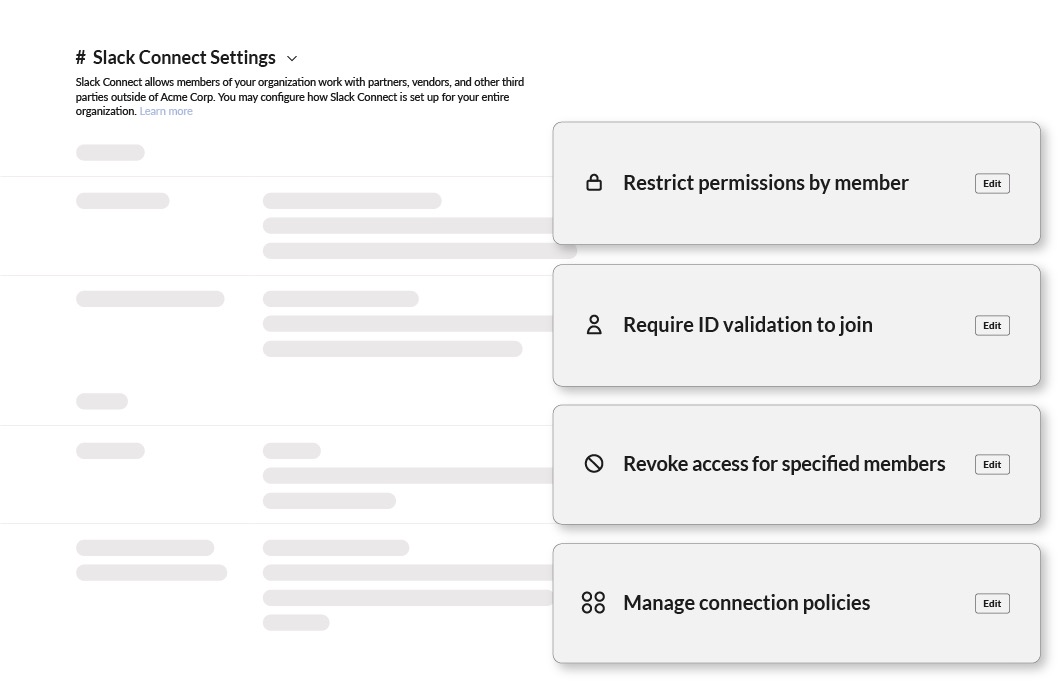 Perhaps unsurprisingly, the new feature hasn’t been met with universal acclaim. Slack – among other workplace messaging features that put ubiquity at the top of their priorities – has been blamed for helping establish unrealistic work expectations, with employees often feeling they need to be checking their channels and messages outside of business hours. There have also been cases of harassment carried out over workplace messaging tools, and the fact that employers can access chat logs has also been criticized.

According to Slack, there’ll be systems in place to prevent misuse. “Admins can already designate which users or which workspaces have access to Slack Connect,” the company says. “Soon, admins will also be able to restrict the behaviors of members from partner organizations, such as inviting others and installing apps.”

In short, while cross-company DMs may be possible, your admin team will need to enable support for them first, and it’s not going to necessarily be a free-for-all of invitations.

Update: Following pushback for the way that Slack Connect could be used for harassment, Slack has changed how the process works. The company will no longer allow the invitation emails to be customized, after Twitter employee Menotti Minutillo pointed out that those messages – which come from a generic “feedback@slack.com” address, and thus cannot be easily filtered or blocked without losing access to other Slack messages and notifications – could be filled with hate-speech, threats, or other harassment.

“After rolling out Slack Connect DMs this morning, we received valuable feedback from our users about how email invitations to use the feature could potentially be used to send abusive or harassing messages. We are taking immediate steps to prevent this kind of abuse, beginning today with the removal of the ability to customize a message when a user invites someone to Slack Connect DMs,” Jonathan Prince, Slack VP of communications and policy, said in a statement to The Verge. “Slack Connect’s security features and robust administrative controls are a core part of its value both for individual users and their organizations. We made a mistake in this initial roll-out that is inconsistent with our goals for the product and the typical experience of Slack Connect usage. As always, we are grateful to everyone who spoke up, and we are committed to fixing this issue.”