True wireless earbuds are the latest evolution in personal audio technology, and though some diehard wired earbuds fans aren’t ready to move on yet, the gradual elimination of the audio jack from smartphones makes the eventual transition to Bluetooth inevitable. The AirPods are still the best-known true wireless earbuds available, but the market has seen a number of notable competitors and the budget options are better than ever.

The Skullcandy Jib True is exactly what we’ve come to expect from a pair of wireless earbuds: two independent earpieces that nestle within a carrying case that doubles as a charging case. The earbuds’ charge lasts around six hours, after which point you pop them back into the case to quickly recharge, getting a total of around 22 hours of playback before the case needs to be recharged itself.

Unlike many true wireless earbuds currently on the market, Skullcandy went with a micro USB connector for charging the Jib True rather than a USB-C connector; that’s not surprising given the model’s budget nature. However, it does mean you’ll have to carry around an extra cord if all of your other devices use USB-C. 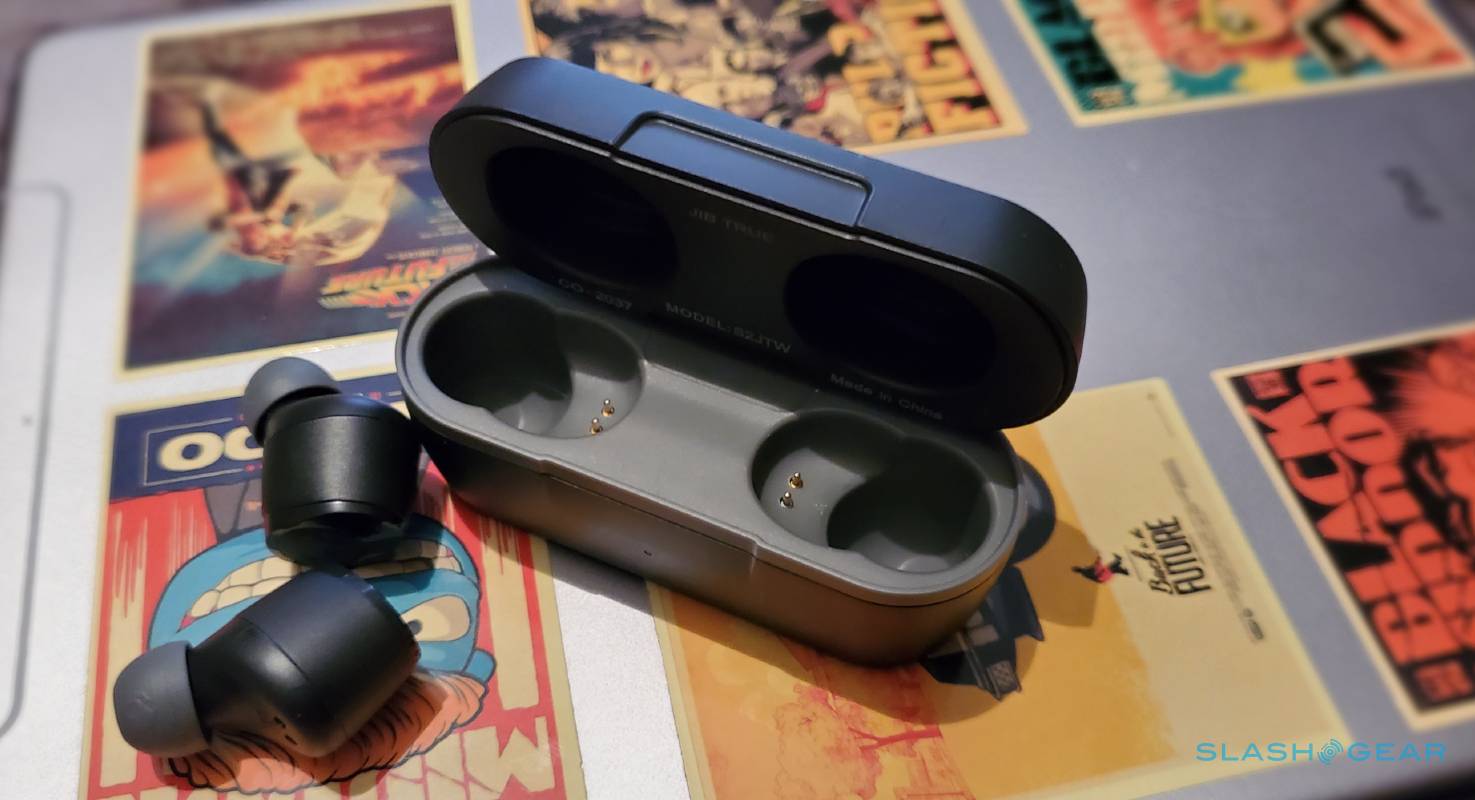 Though the case fits the earpieces snugly and remains closed unless deliberately opened, the use of lightweight plastic makes it feel cheap. I have no doubt that if I were too rough with opening the case, I could easily break the hinge by hand; likewise, I don’t feel confident in saying the case could handle too high of a drop onto concrete without suffering, at minimum, from a crack in the plastic.

That’s not surprising, however, given the Jib True’s budget nature. The earpieces likewise feature lightweight matte plastic, making them essentially imperceptible when fitted properly in the ear. Each earpiece features a rubber button that must be pressed to turn on the units. Red and blue LEDs on the earpieces indicate charge and pairing status; a white LED on the case works as a charge indicator. 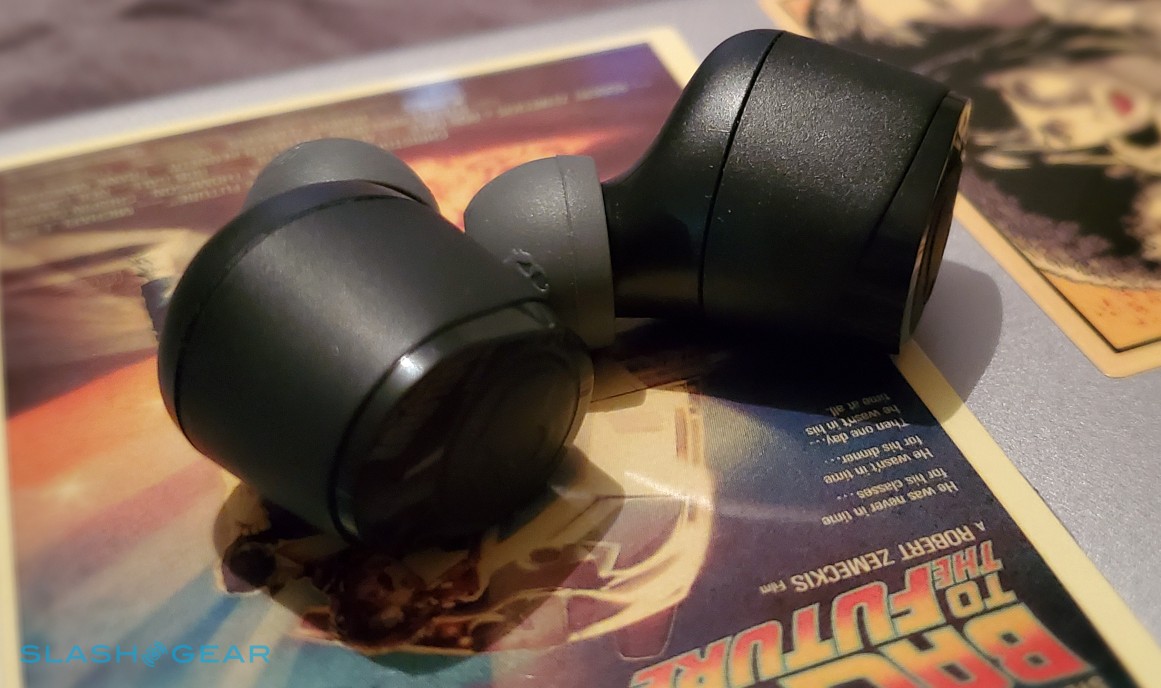 The True Jib doesn’t feature any sort of noise cancellation, which means you’ll rely on a proper seal to block out most ambient noises. The included silicone ear tips accommodate a variety of size needs, and overall the earpieces do an excellent job of blocking out unwanted noise — though if you’re somewhere particularly loud, such as on an airplane, you’ll get the expected ambient noise intrusion.

Audio quality is great…for a $30 pair of earbuds, that is. Audiophiles will quickly note the subtle deficits in the audio, but the average user who typically uses ordinary earbuds will likely be pleased with what the Jib True offers. If you’ve ever used a pair of Skullcandy’s wired Jib Wired earbuds, you’ll find the audio quality essentially the same. The bass response is strong, and though the highs and mids are a bit muted, the overall audio quality is perfectly adequate for everyday use. 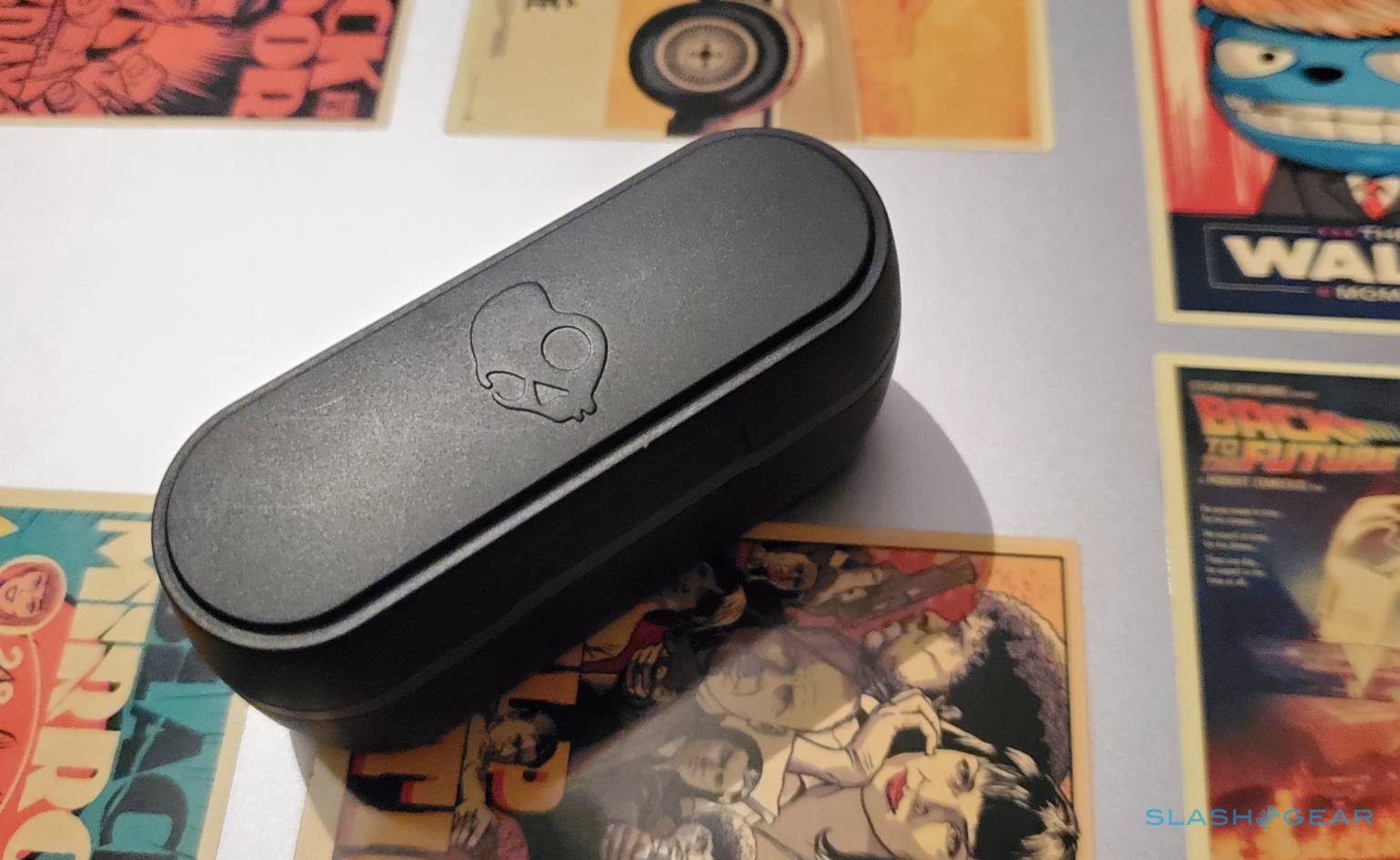 Other features include dual microphones for taking calls; they have modest audio quality as long as you’re not in a loud environment, as well as support for using either earbud on its own. The earbuds also feature controls for adjusting the volume, skipping tracks, and activating your phone’s personal assistant (like Siri). Beyond that, the earbuds have an IPX4 rating, which makes them resistant to water and sweat.

There are better true wireless earbuds on the market, but you’d be hard-pressed to find one priced at $30. That price is the Jib True’s one big benefit — it’s cheap enough to use as a daily pair of earbuds without worrying about losing an earpiece down a sewer grate or on the bus floor. Skullcandy offers discounted replacement if you happen to lose or break an earpiece or the charging case, as well. 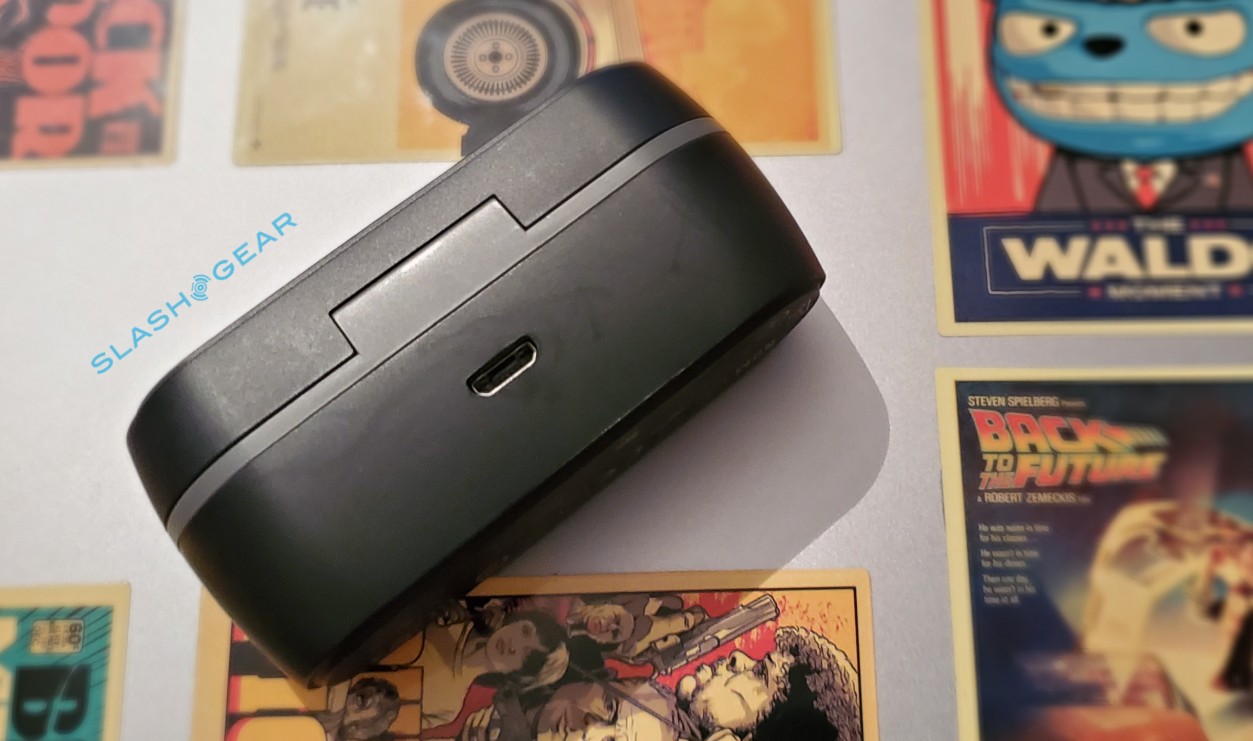 Overall, I’ve been very pleased with the Jib True experience — unlike some other budget-tier true wireless models I’ve tested, the Jib True has never presented any issues when it comes to syncing both of the earbuds. The battery life has consistently been high enough to power through multiple days of casual use before the case starts to run low, plus the earpieces fit well in the ear and effectively isolate noise. If you’re in the market for an AirPods alternative that is more affordable, you’ll likely be very pleased with the Jib True model.