Skull asteroid returns for another flyby, but it’ll miss Halloween this year

The skull-shaped asteroid that first made headlines in 2015 has returned, as foretold, for another flyby. In December 2017, scientists advised the public that asteroid 2015 TB145 will make another pass relatively near Earth in 2018, though it won’t happen in time for Halloween. Instead, the giant space skull will zoom by in November.

This asteroid, which is officially named 2015 TB145 but unofficially known as the Skull Asteroid, was discovered by researchers in mid-October 2015. Initial estimates put the space rock somewhere between 2050ft and 2296ft in length, its distance that year having been around 1.3 times that of the moon. 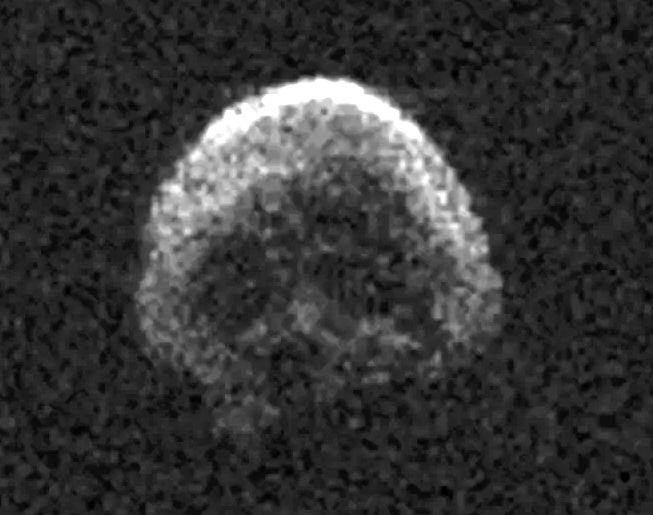 An image captured of the asteroid (above) earned it the skull nickname. It’s easy to see the resemblance; the grainy image appears to show a human skull lacking a jawbone, the rock including “eye sockets,” a nose ridge, and cheekbones. Of course, that’s all in good fun — there’s definitely not a giant human skull zipping around space.

Unfortunately, the asteroid will be farther away this year at about 105 times the average distance of the Moon. However, researchers have had more than two years to prepare for the event, so hopefully some interesting new images of the “skull” will be published before 2018’s end. The next time this asteroid makes headlines will be decades from now — it won’t arrive near Halloween again until the year 2088.