Camera maker Sigma has revealed its latest mirrorless digital shooter, and it sounds like quite the device. Dubbed the Sigma fp, the company says that this new camera is “the world’s smallest and lightest mirrorless digital camera with a full-frame image sensor.” That a pretty big, if not very specific, boast.

Sigma says that the fp has overall dimensions of 112.6 × 69.9 × 45.3mm while weighing in at just 370g without the battery attached and an SD card installed. That’s pretty light, but of course, you’ll need to attach a lens to the fp in order to actually snap pictures and shoot video with it. The variety of attachments the fp can support are previewed in the sizzle video you see below, and with some of them, it’s pretty easy to imagine this tiny camera becoming quite the beastly device.

The fp uses a back-illuminated 35mm full-frame Bayer sensor that serves up 24.6 effective megapixels. It also employs an electronic shutter instead of a mechanical one, which means less noise when taking pictures. The hope is that the Sigma fp becomes a go-to camera for scenarios where the noise from a conventional camera with a mechanical shutter would risk ruining the scene while also removing a point of failure from the camera itself. 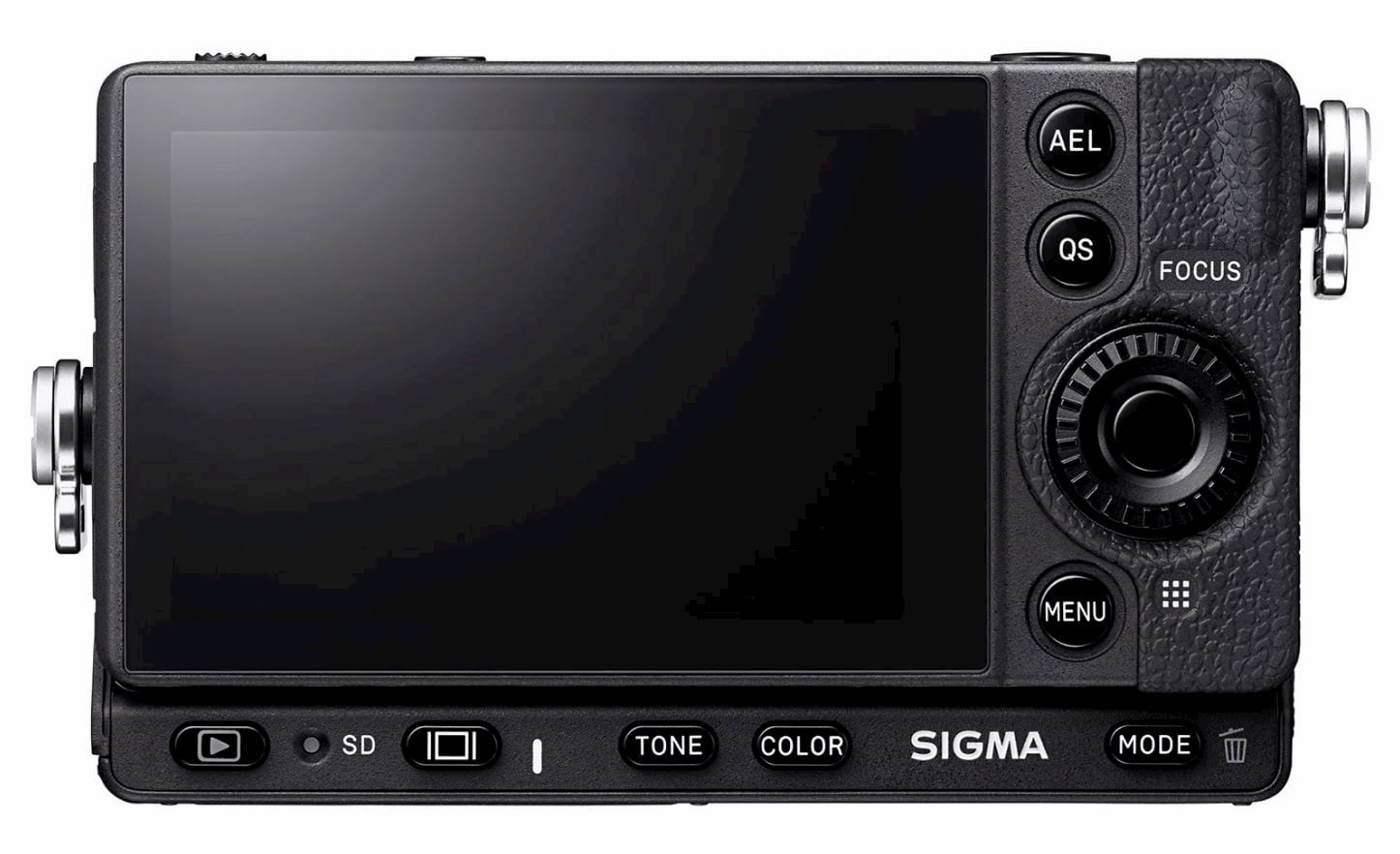 The fp uses Leica’s L-Mount, so with Sigma’s MC-21 mount converter, it can be used with Sigma’s SA mount and Canon EF mount lenses. The camera is capable of recording video in 4K at 24fps, boasts a 49-point autofocus mode along with electronic image stabilization, and offers an Auto HDR function that can take multiple pictures in quick succession and combine three of them for a final image with a greater dynamic range.

It sounds like a pretty nifty camera despite its small size, but there were two important details missing from Sigma’s announcement today: pricing and release date. We’ll have to wait on Sigma for more details about how much the fp will cost and when it will launch, so stay tuned for that.