After years of buzz, 5G is finally on its way. More phones today are equipped with 5G, connecting users with the next generation of network speeds. Chipmakers like Qualcomm are integrating 5G connectivity into their chipsets, like the Snapdragon 865. But while many are eager for next-level speeds, there are a few things to consider before splashing the cash and ditching your perfectly functional 4G phone for now.

The most important advances in 5G technology are speed and low latency. 5G promises 20Gbps download speeds, over 300 times faster than average 4G output. The real prize is low latency, which is hoped to be at 1ms, promising virtually zero lag. It is the key to enabling the Internet of Things.

Well, that was the dream, but implementation has been bumpy. Reports of average connection speeds vary widely between 100Mbps to 1.5Gbps – not 20 – still much faster than average 4G speeds of 30Mbps. And the good news is speeds only going to get faster.

The other news to look forward to is 5G is not a fad – it’s going to be everywhere. IDC forecasts global 5G connections to cross 1 billion in 2023, representing around 9% of all mobile device connections.

Today, 5G has kicked off in selected cities around the world. The big four carriers in the US have launched their 5G networks. Verizon 5G is live in parts of more than 34 cities, including New York, Los Angeles and Chicago, with average speeds of around 1.4Gbps. But coverage is inconsistent, given Verizon’s choice of ultra-fast millimetre wave technology, which provides limited reach. Verizon will need to build many 5G network towers to make up for the limitation. Its rivals, like T-Mobile, opted for another type of low-band millimetre wave frequency, which reaches farther but at lower speeds.

In short, 5G is here and it is way faster than 4G. But you need devices that can make use of it, and you need to be in the right place. 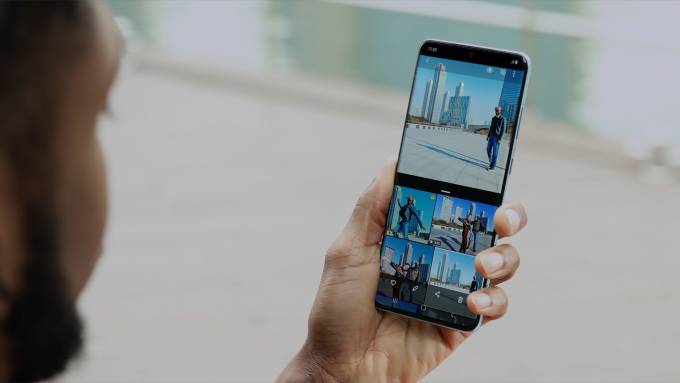 Needless to say, be sure to check if the places you work, travel and live offer stable 5G coverage. Most major cities in US support connectivity, but if you don’t reside in one of these spots, its worth checking with your carrier. If you don’t, there is no rush to upgrade just for the sake of 5G.

5G phones today are mostly limited to flagship devices like the Samsung Galaxy S20 phones, OnePlus 8 and the LG V50 ThinQ 5G. For some buyers, this is not like the usual bi-annual upgrade because 5G-enabled phones cost slightly more. While the Samsung Galaxy S10 launched at $899, the latest 5G-equipped Galaxy S20 launched at $100 more – a premium you pay for the pricier 5G modems built by Qualcomm. A thousand-dollar phone could be a bit much for some, especially when 5G isn’t readily available.

If budget is a concern, cheaper 5G phones are on its way. TCL are preparing a 5G variant of the very fine TCL 10 Pro sometime this summer, which should cost around $500. OnePlus is rumored to launch the mid-range OnePlus Z, with 5G connectivity, but not in the US. Alternatively, buyers can find renewed versions of current flagships for much less on resale markets, if you’re up for that.

What do you need the crazy speeds for right now? Despite the race to 5G, 53% of 1,800 tech and business executives surveyed for an Accenture report said 5G would enable them to do “very few” things that they couldn’t already do with 4G.

For most of us, 5G networks mean faster download speeds and smoother streaming of online content, which are handy for streaming movies and heavier tasks like gaming – one for the future. The greater bandwidth means more devices can be connected to the internet. And in a COVID-19 world, 5G also grants higher-quality video calls, which could make 5G more valuable to some businesses and users today.

As with the headphone jack and USB-C, they say the tech world moves with Apple. That could be the case here. While Android devices flock to integrate 5G into their phones, Apple’s wait-and-see tactic means many consumers will only need to care about 5G the moment Apple makes a move – likely with the iPhone 12. That means, if you are tied to iOS, 5G is worth the wait.

If your contract is up and you’re due for an upgrade, perhaps you are getting the latest flagship device anyway and it so happens to be equipped with 5G. In that case, it’s a clear choice and you have a future-proof device in your hands as long as you’re willing to pay the $100-or-so premium for these new devices.