There were a few disappointed, if not puzzled, people when Apple revealed it hadn’t killed off the 16 GB iPhone. While it was indeed cheaper than the other models, that much storage in this day and age is almost negligible. That practically forces many to opt for at least the 32 GB configuration, though the ideal setup is really the pricey 128 GB. Lucky for those in China, there are a few enterprising individuals willing to upgrade that lowly iPhone 6 16 GB memory to 128 GB for as low as $92.

By upgrade, we don’t mean the iPhone 6 itself is being replaced by a higher end model, which, of course, would cost more. Instead, it is only the flash memory chip that is actually “replaced”, so to speak. But since this is an embedded computer we’re talking about, replacing that chip isn’t as easy, straightforward, or safe as replacing an HDD or even an SSD inside a desktop or even a laptop.

These shops in China perform the equivalent of a repair surgery on the iPhone 6, taking out the 16 GB NAND chip but not simply replacing it with a 128 GB equivalent. Apple actually has checks in place to prevent such tampering, which, as you can imagine, can lead to some security, stability, and integrity problems. In particularly, Apple checks for the serial number and other details of memory chip, not to mention the software contents inside. These Chinese shops have stumbled upon loopholes which allowed them to clone the contents and serial numbers unto a new chip. Chinese ingenuity at its finest. 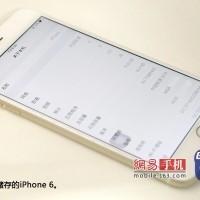 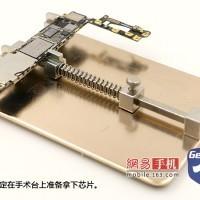 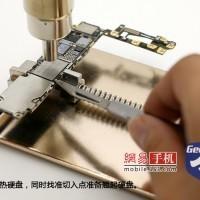 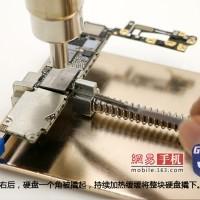 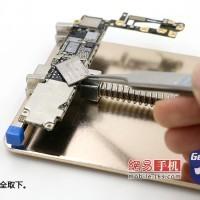 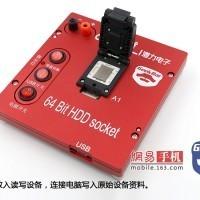 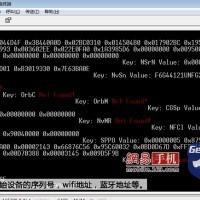 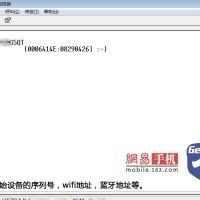 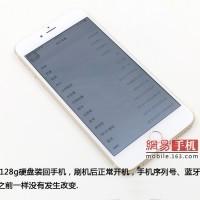 There are, unsurprisingly, limitations to this procedure. It can only be done after Apple has authenticated the device, not before, because of how it matches serial numbers. For now, it also only works with iPhone 6. An iPhone 6 Plus upgrade is still years in the making. And, of course, the procedure is destructive one, so there is a chance of failure. But for only 580 yuan ($92) for 128 GB upgrade, or 450 yuan ($71) for 64 GB, some might think that a risk worth taking.

And it might be short-lived as well. It is definitely a process that Apple will never approve of and will most likely close all possible exploits soon.