Lickitung was released on Raid Day, February 14th, Valentine’s Day proper. While the normal Lickitung is pink, Shiny Lickitung is yellow! REMEMBER: When you’re looking for Shiny Pokemon, they don’t necessarily look Shiny before you tap them!

It’s important to note the time of release for Shiny Pokemon, as they stay slightly more common for the next several days after initial release, at least. During the first few days – and in some cases, longer than that – Shiny Pokemon are far more common than they are at any point after they’ve gone back to “normal” rarity. 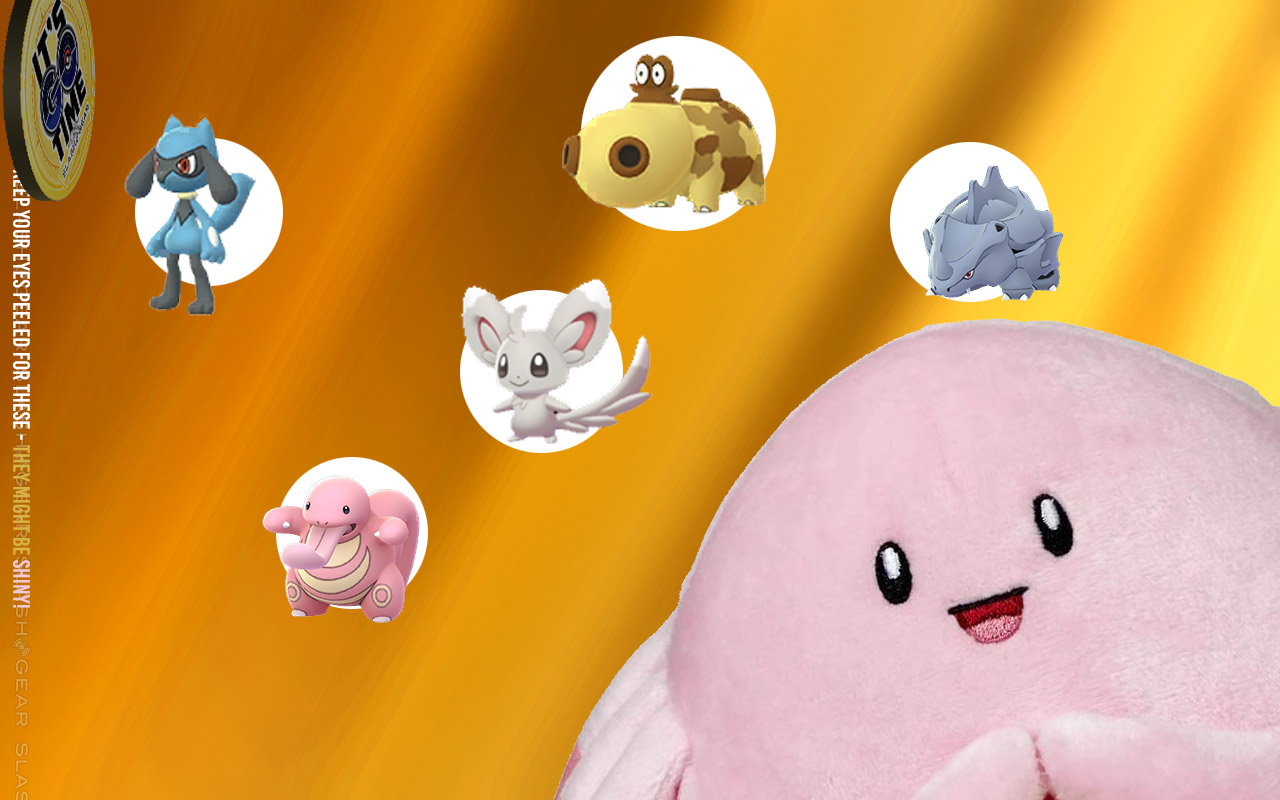 Normal rarity for a Shiny Pokemon in Pokemon GO is similar to that of a standard Shiny Pokemon in the most modern of Pokemon games. That is to say – they’re extremely rare, but certainly not completely un-findable.

The latest Kanto Region (read: original 151) Shiny Pokemon to hit the game was announced to be appearing on February 22 during a special event. That’s February Community Day, from 11AM to 2PM local time, and it’ll feature no less than Shiny Rhyhorn! That means that this event will release the likes of not only Shiny Rhyhorn, but Shiny Rhydon, and Shiny Rhyperior too!

NOTE: This was the first Community Day where the Pokemon released was up to a vote. The other choices were Machop, Vulpix, and Dratini. We’ll get the whole lot as Shiny Pokemon eventually – but for now, it’s all Rhyhorn, all the way down.*

If we look to the best research from The Silph Road on this, we see that (after thousands of encounters), we’ve got a pretty solid idea of the standard Shiny Rates for Pokemon in Pokemon GO. They are as follows:

Permaboost means a Pokemon has a higher rate of appearance as a Shiny Pokemon well after a special event. Pokemon that’ve got this sort of rate seem sorta random – this goes for Aerodactyl, Bronzor, Clamperl, Alolan Exeggutor, Feebas, Gligar, Lapras, Onix, Pineco, Scyther, Skarmory, and Sneasel. This list has likely expanded, too – it takes a while for true standard rates to be gathered – hundreds and thousands of encounters are needed!

*Again, stick around as we see what’s going going on during the big Rhydon event – Community Day, Saturday, February 22, 2020, from 11 AM local time to 2PM local time. During this event, Rhydon family Pokemon can spawn with an exclusive attack called Rock Wrecker! But we know why we’re excited for the event – the SHINY.