Shenmue 3 has been delayed because of course it has

Over the years, Shenmue fans have proven they’re nothing if not patient. It’s been a long, long time since Shenmue 2 was released for the Sega Dreamcast, of all things, which means the wait for Shenmue 3 is quickly closing in on a whopping 17 years. Unfortunately, the wait got a little longer today, as Deep Silver has delayed Shenmue 3.

This, of course, probably won’t surprise anyone who has been following the game. We first heard of Shenmue 3 was back in 2015, when Deep Silver launched a Kickstarter campaign to fund the title. Shenmue 3 quickly met that crowdfunding goal, and in the years since then, new information about the game has been only sporadic.

When you consider the fact that for many years, fans thought Shenmue 3 was never going to happen, and we have an audience that has become accustomed to waiting. In a very brief statement published today, Deep Silver announced that Shenmue 3 has been pushed back to sometime in 2019. Before today, the game had a vague 2018 release window, but now we’ll be waiting at least half a year before the game finally arrives. 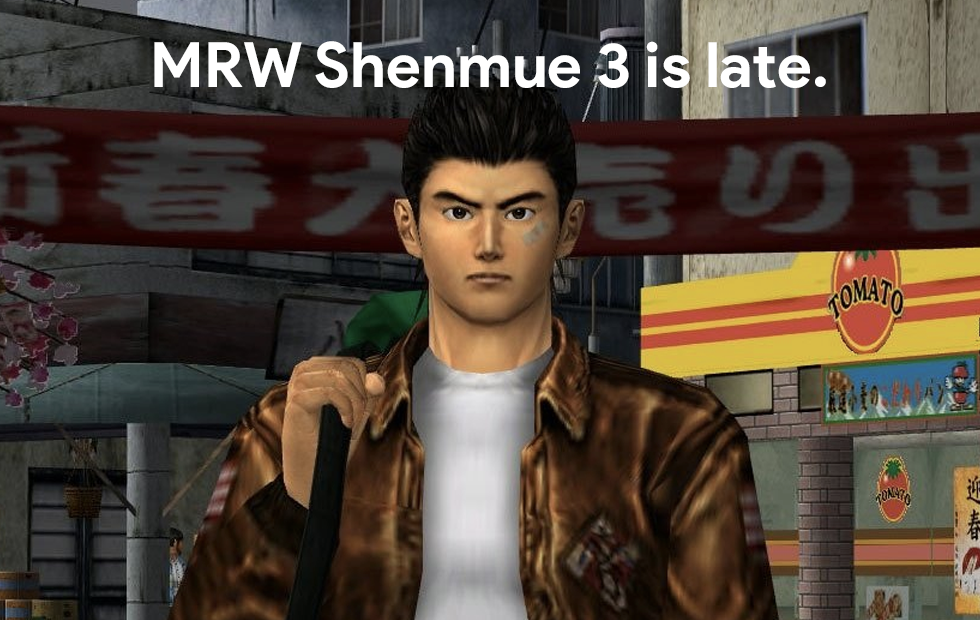 Given the brevity of the statement, Deep Silver doesn’t really get into why the delay is necessary. Instead, it simply says that Shenmue 3 needs a little more time in the oven, citing the need for additional polish. “The extra time will be used to polish the quality of the game even further, to the high standards it deserves and release the product in the best possible timeframe,” the company said.

So, no Shenmue 3 in 2018. If there’s an upside to this announcement, it’s that we might see more from the game at E3 next month, so if you’re looking forward the game, keep an eye out for a possible appearance. We’ll have more information for you when it’s available, so stay tuned.