Shazam, the same app that lets you identify catchy mystery songs playing just about anywhere will now be able to “identify” visual objects. We first got word of the then-rumored feature back in March. Unfortunately, this does not mean providing more information about that mystery fruit at the supermarket, or some strange bug in your backyard. Instead, Shazam will now let you scan Shazam logos (and QR codes) embedded on products like posters and magazines to get additional content–AKA advertisements.

The original, audio aspects of Shazam are useful on the consumer end. Sure, if users can tie a artist’s name to a song, they might end up spending money on the track, but the whole idea seem to have been originally based around solving a consumer need. Shazam’s new visual scanning seems like something dreamt up by an overreaching marketing team.

The new feature isn’t too different from using QR codes. A code embedded in the object will pull up additional content when scanned by the app. The “visual object recognition” seems like a misnomer for “in-house code scanner.”

Shazam has already found big clients who are, likely, paying for the service. Companies from Target to Disney and several magazine publishers have started to use the new Shazam service to provide more content, like videos, special offers, and the ability to purchase or share items from the app. A handful of foreign companies have become early adopters as well. 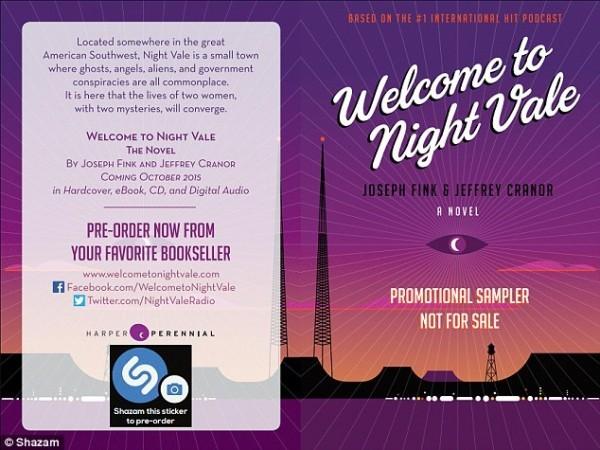 While I can’t get behind a Shazam-able poster for Disney’s flop, Tomorrowland, I can’t help but be excited at a scannable campaign for an upcoming novel based on the eccentric, hit podcast “Welcome to Night Vale”. I concede that like all advertisements, we tend to mind less when it’s for a product which actually interests us.