Seven new species of extra-tiny frog have been discovered in the Brazilian Atlantic Rainforest and shown in research published this week. The extent of what we know about the miniaturized frog genus Brachycephalus has expanded greatly, suddenly, as this paper shows 5 years of exploration revealing seven new species of the creature. Each of these frogs is very brightly colored, and each has a highly potent neurotoxin in their skin. In other words, though they may look tasty, you should not eat them.

Researchers suggest that most species of this particular frog are highly endemic. This means they live in and stay in one area. In this case, it means that one species of this frog might be found ONLY on a single mountaintop, exclusively.

Needless to say, these frog species are highly endangered.

ABOVE: Photo of Nova Trento, Santa Catarina, Brazil, near one location where a new frog species in the Brachycephalus genus was discovered. Photos provided by PeerJ.

Frogs amongst this new set of seven are amongst the smallest terrestrial vertebrates on the planet. Adult length of several of the species in the Brachycephalus does not exceed 1 cm.

They could fit on your thumbnail. 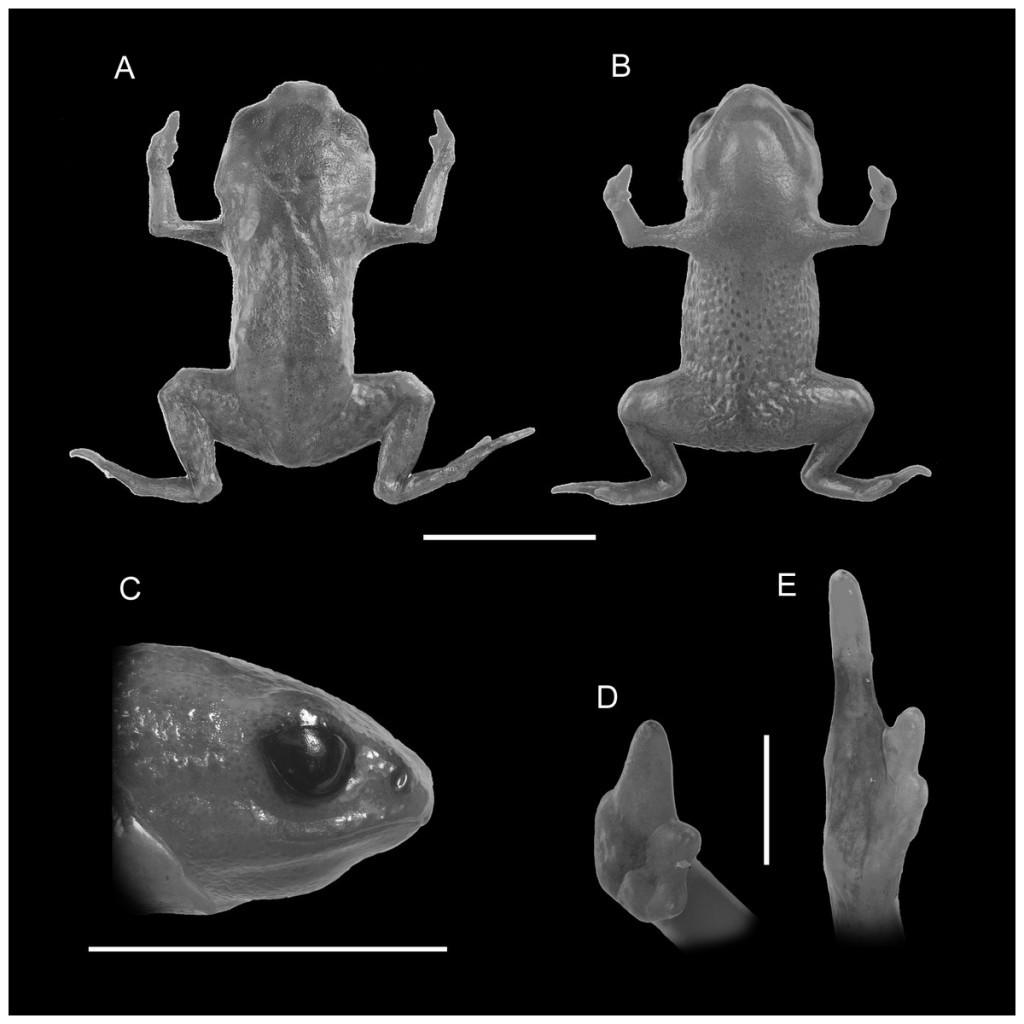 While the study being published today includes seven new species, that’s not all the research team have found. “This is only the beginning,” said Luiz Ribeiro, research associate to the Mater Natura Institute for Environmental Studies, “especially given the fact that we have already found additional species that we are in the process of formally describing.”

In the time it took to publish the paper, they found more frogs. 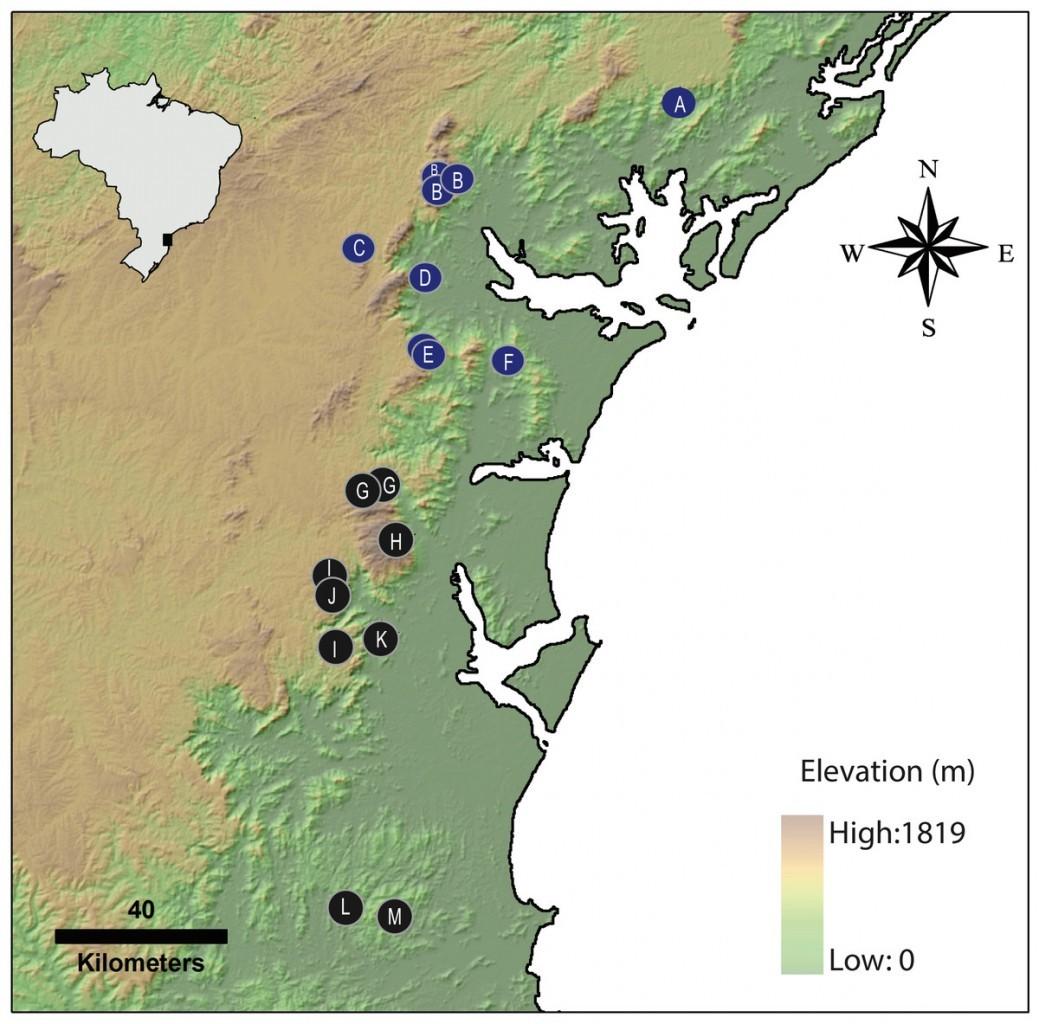 What follows is a set of photos of several of the new miniaturized frog species dissevered by this research group. Remember, they’re all from the same genus, so they look similar – but they’re all different enough to be considered entirely different species!

NOTE: We’ve changed some of the names of the “Figure” mentions here from the original paper – to see original associations, head back to the paper as linked below. 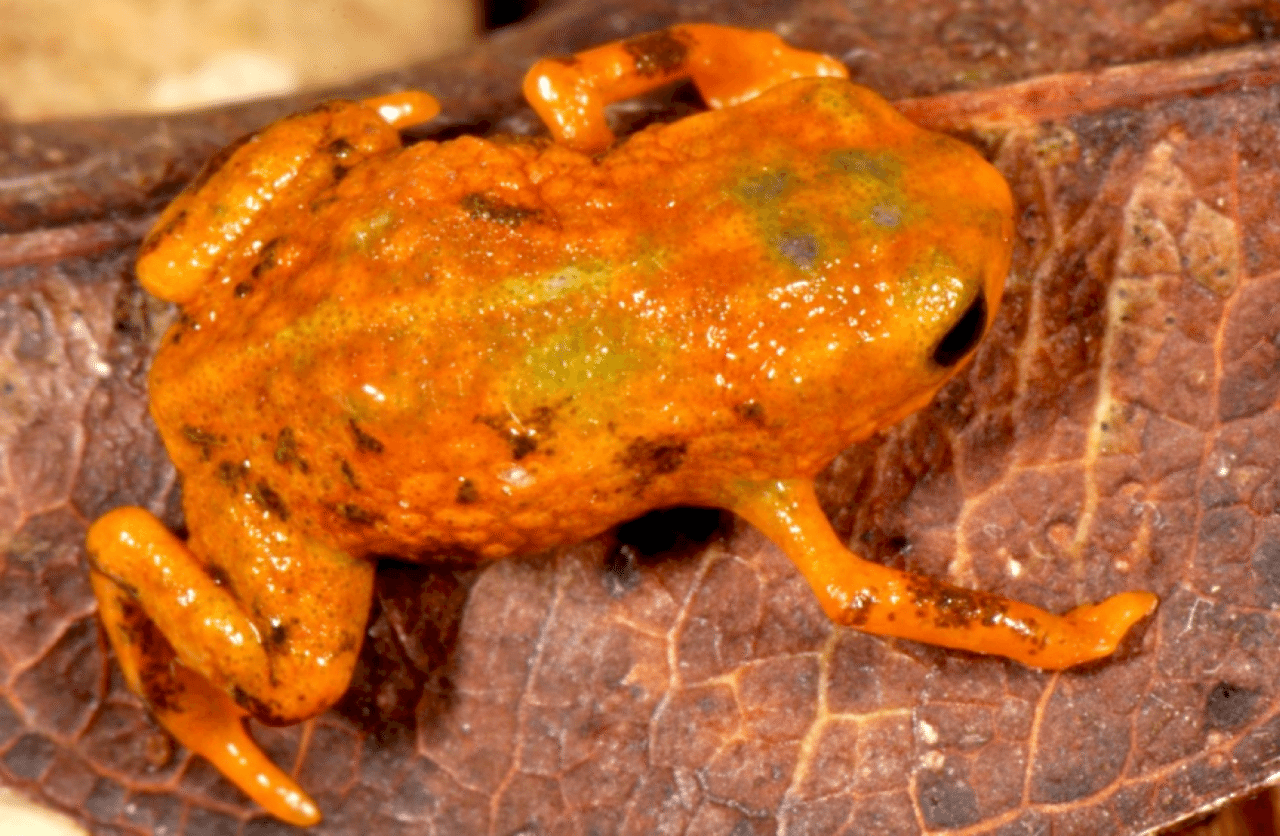 “The intensity of the light of the flash during photography led the light-blue coloration along their vertebral column to become less apparent.” 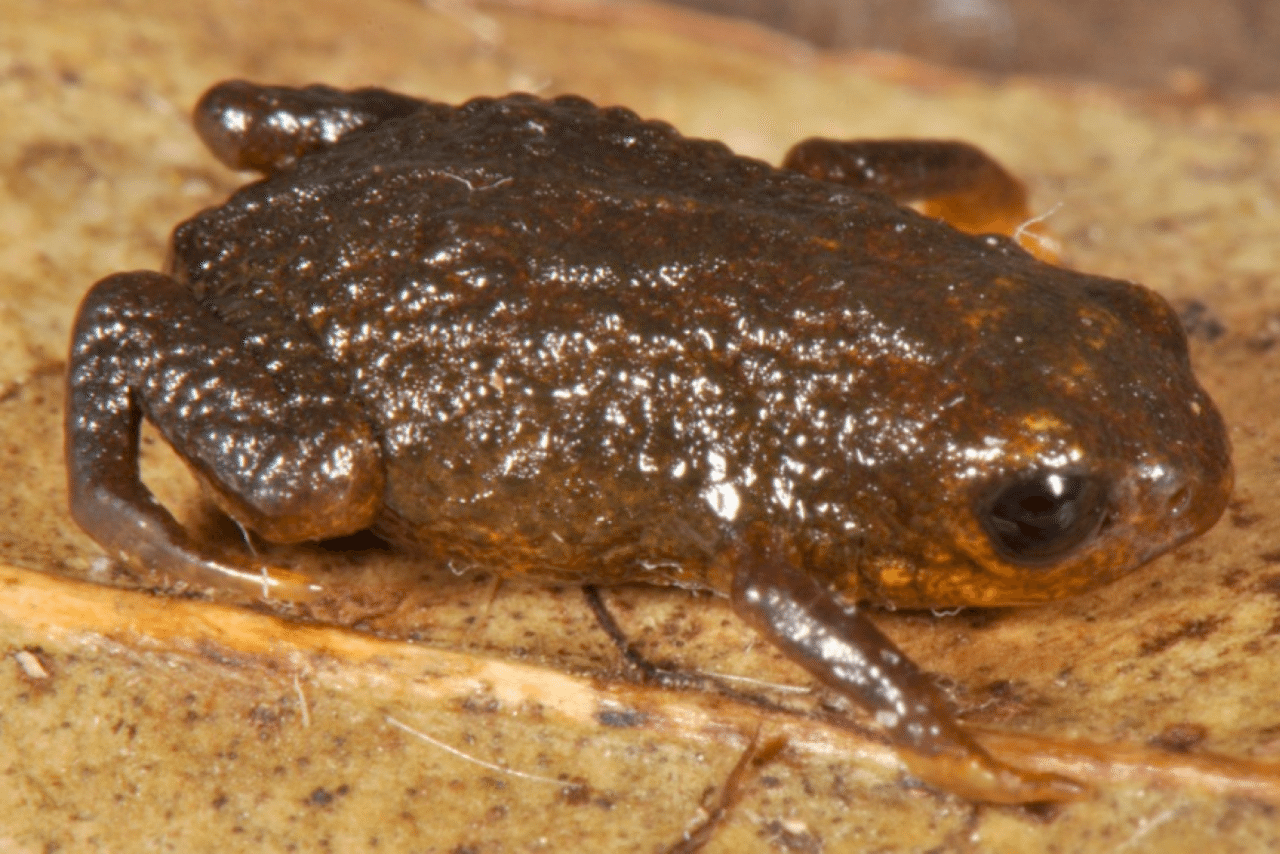 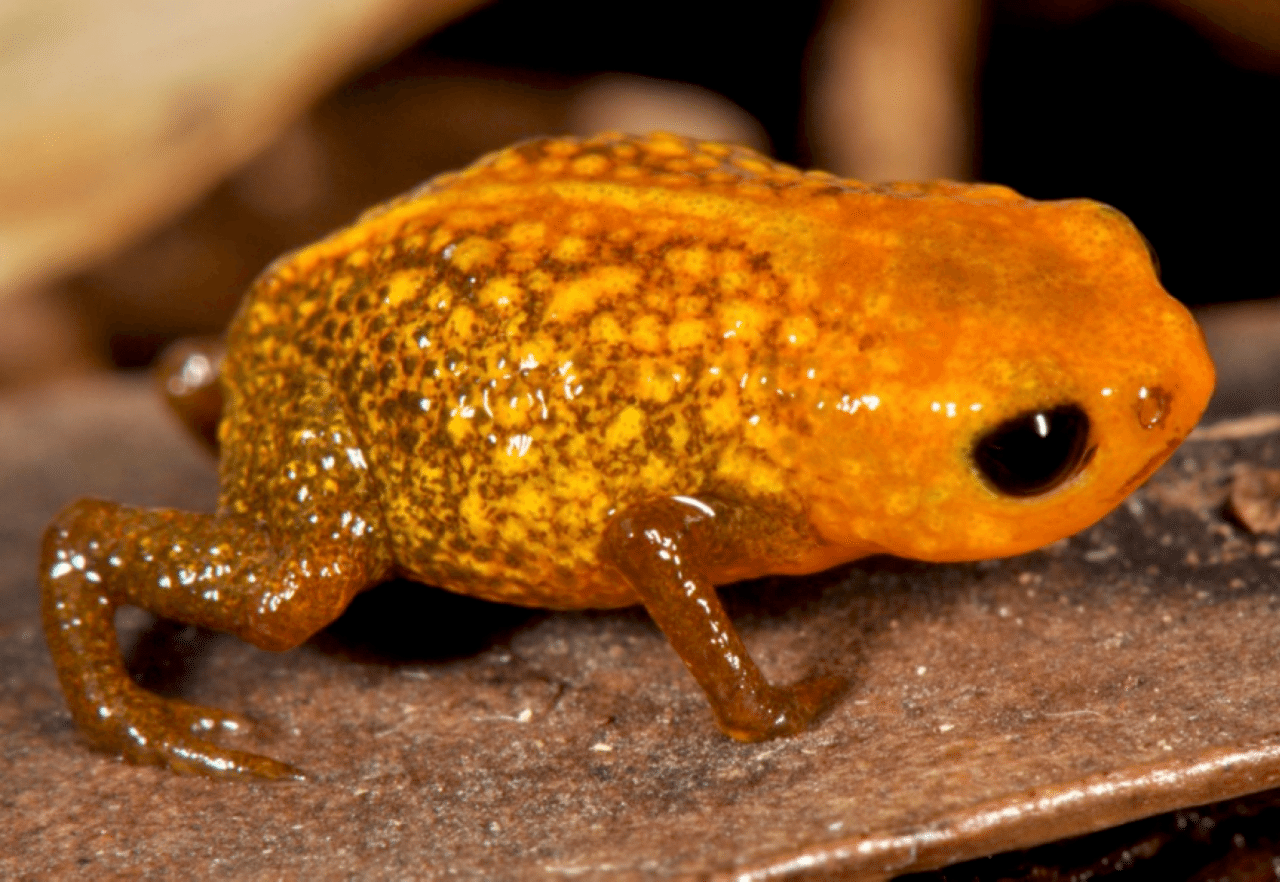 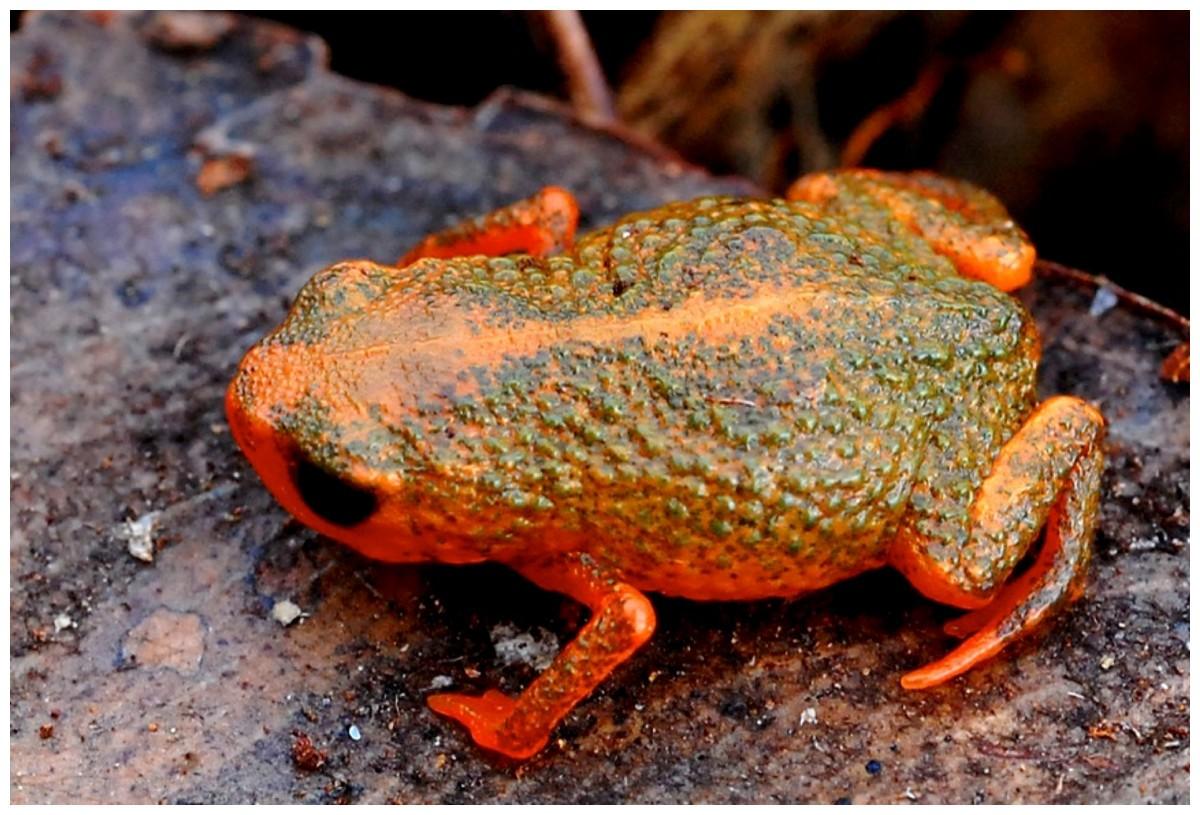 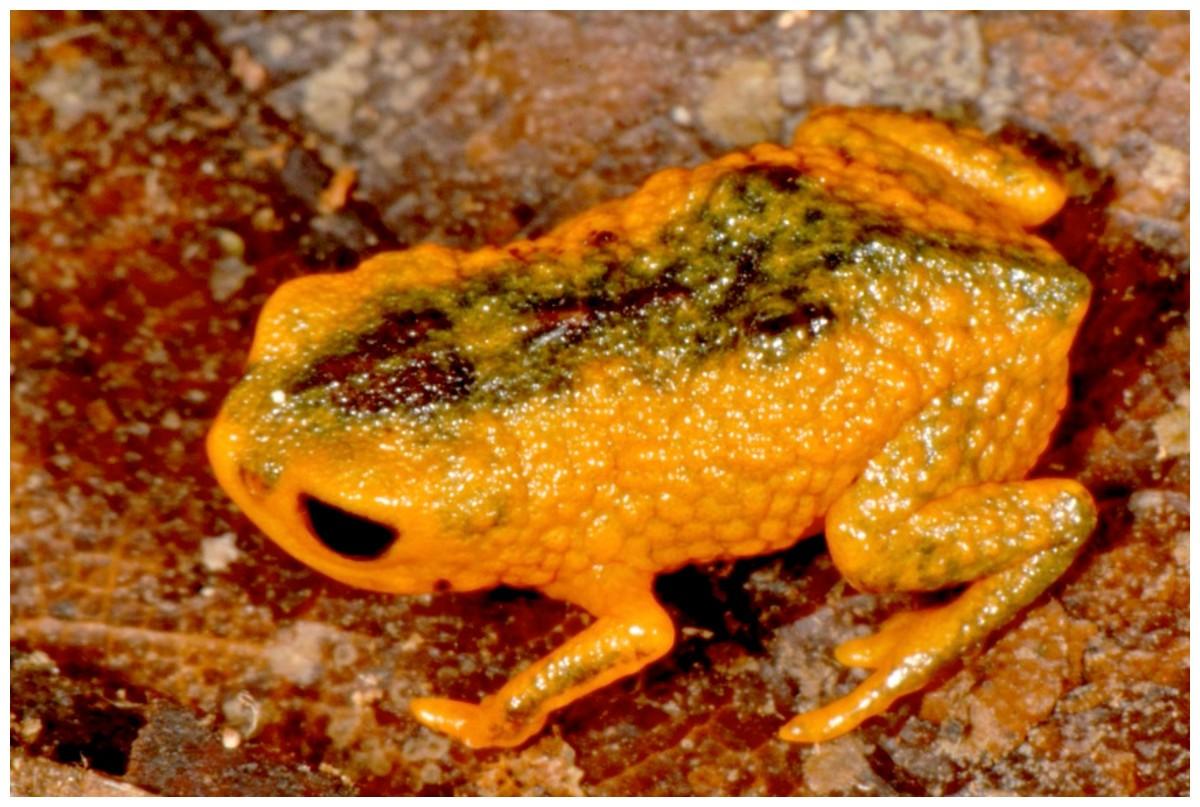 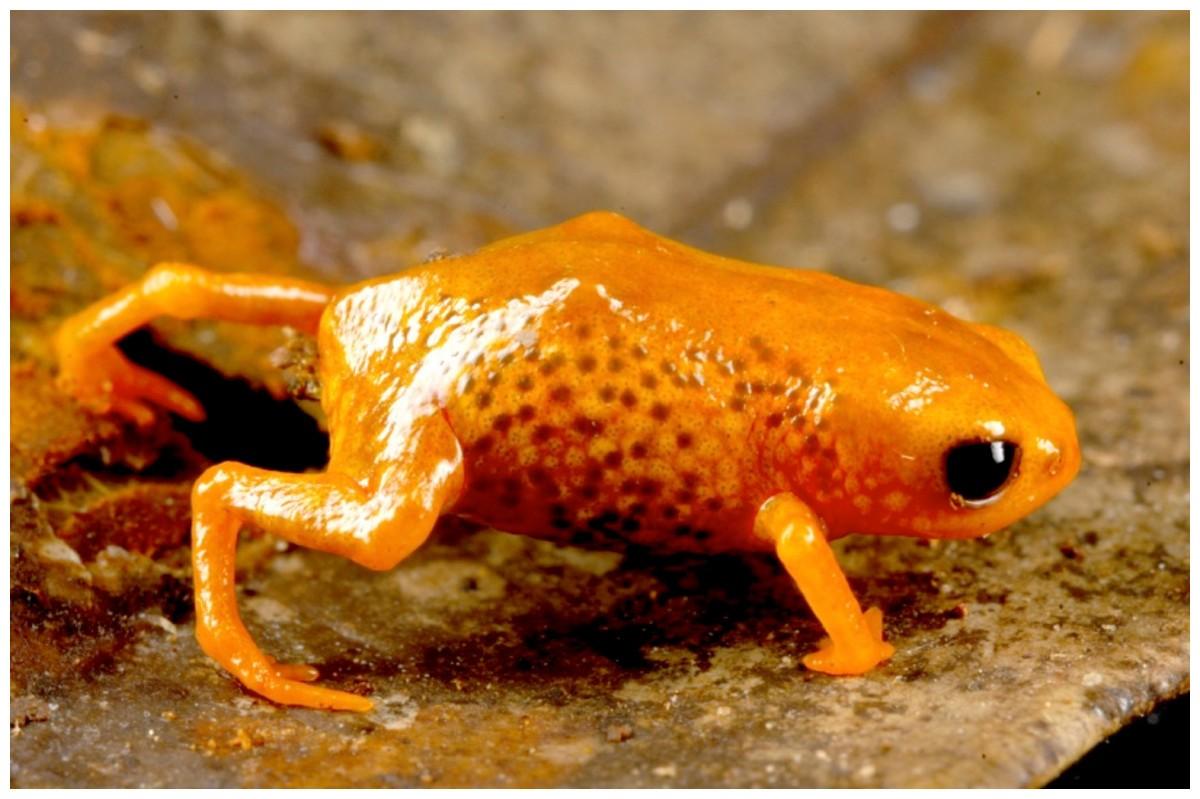 Figure 7: (crawling to the right) Brachycephalus leopardus in life. 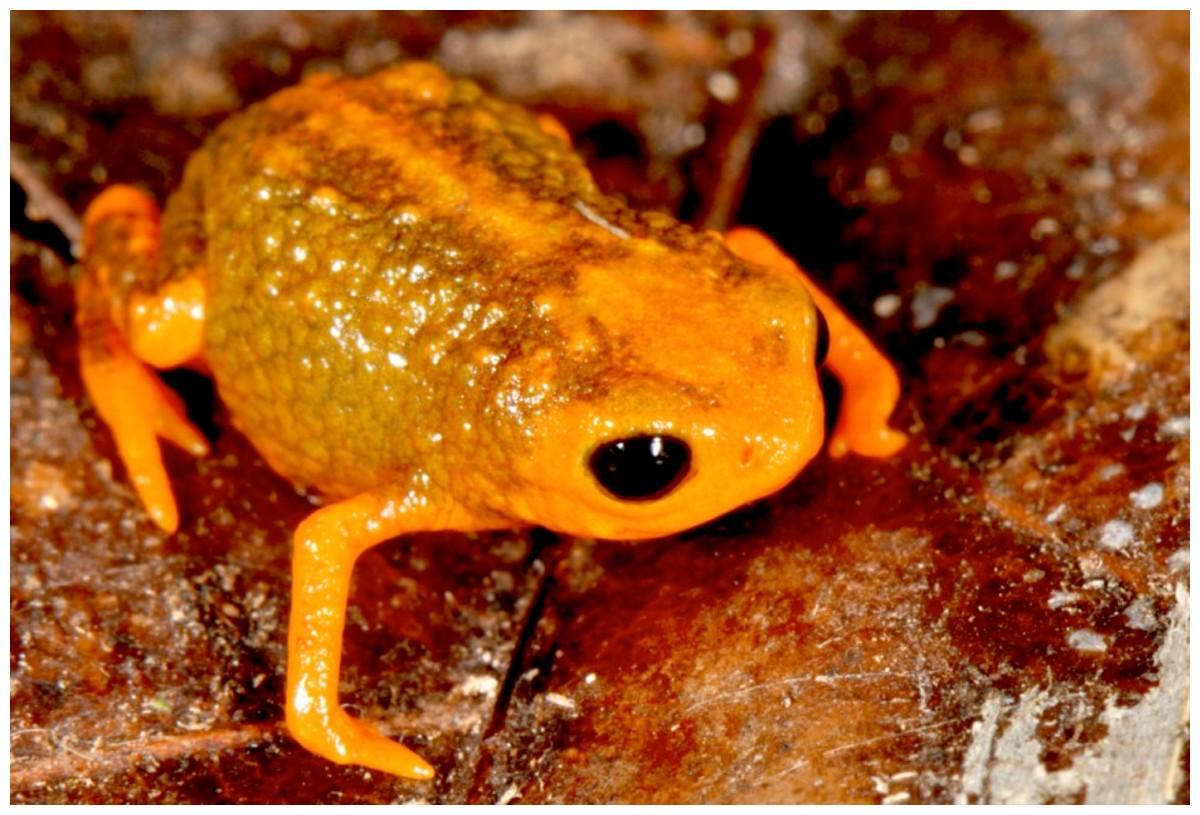 For more information on these frogs and this research, head to PeerJ, where you’ll find the paper “Seven new microendemic species of Brachycephalus (Anura: Brachycephalidae) from southern Brazil.”