Sennheiser is known for making great headphones, and their MOMENTUM lineup is no exception. While at CES 2014, we had the chance to check their new Ivory headphones out. With a full lineup of colors and sizes to choose from, the MOMENTUM headphones are probably going to suit just about everyone.

The smaller of the two sits more on top of the ear rather than in it, which usually annoys. With Sennheiser’s choice of ‘Alcantara’ as the material for the earpiece, it’s still really comfortable. The headband was comfortable around top, and the wire skeleton was comfortably out of touch with any flesh. For those who may enjoy tilting their headphones back, the MOMENTUM might not be for you. The orientation lends itself to a traditional wear. 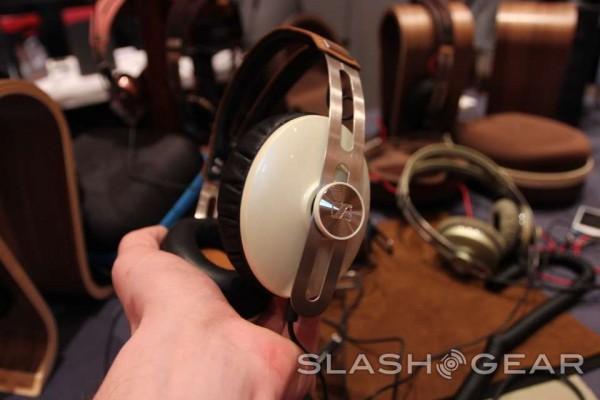 The larger of the two devices keeps the same form factor, they’re just, well, bigger. We did notice a difference in sound produced from the duo, too. Both were crisp, and scaled well when the volume was turned up. Neither produced bass heavy tones, instead opting for a crisp sound we liked more with pop or classical music. 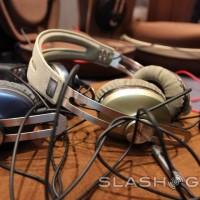 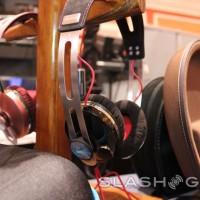 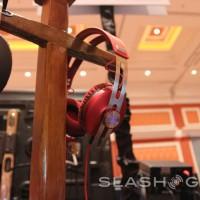 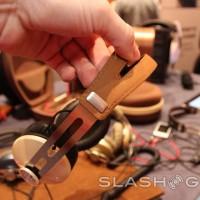 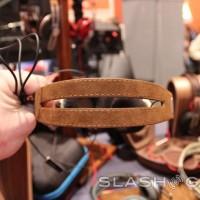 The larger of the two seemed to produce a more encompassing sound, though we couldn’t quite figure why. Both did a great job of blocking ambient noise, and if you’ve ever been to CES, you know there is plenty of ambient noise. With that, we like both offerings, and it really comes down to a matter of taste. 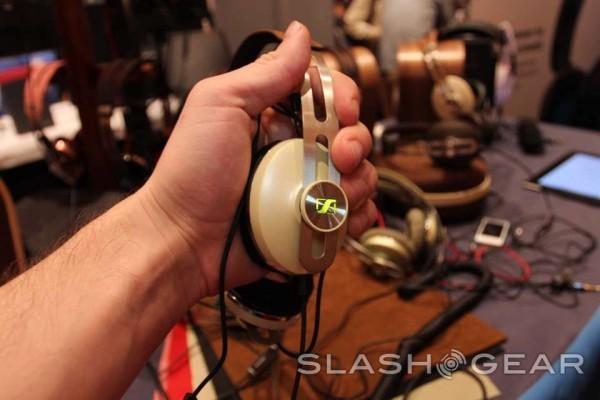 The volume and mute buttons on the cord were responsive, but the mute sits in the middle, which threw us off at first. If we were in the market for a higher end headphone, we’d have to strongly consider the Sennheiser MOMENTUM line. Their new Ivory offering suits us just fine, too.