The video world might currently be enchanted with Ultra HD, but skimp on sound and all the pixels in the world won’t save you. Enter Sennheiser with the AVX System, a prosumer wireless microphone setup which promises to not only raise your audio game but do it without channel-hunting headaches or messing with levels.

With an RRP of $1,125 for the microphone and receiver set, you’d expect build quality to be high, and happily Sennheiser has done the job right. The body of the AVX-835 handheld microphone is sturdy metal, though I’d be wary of dropping it onto its plastic battery/antenna section on the base. 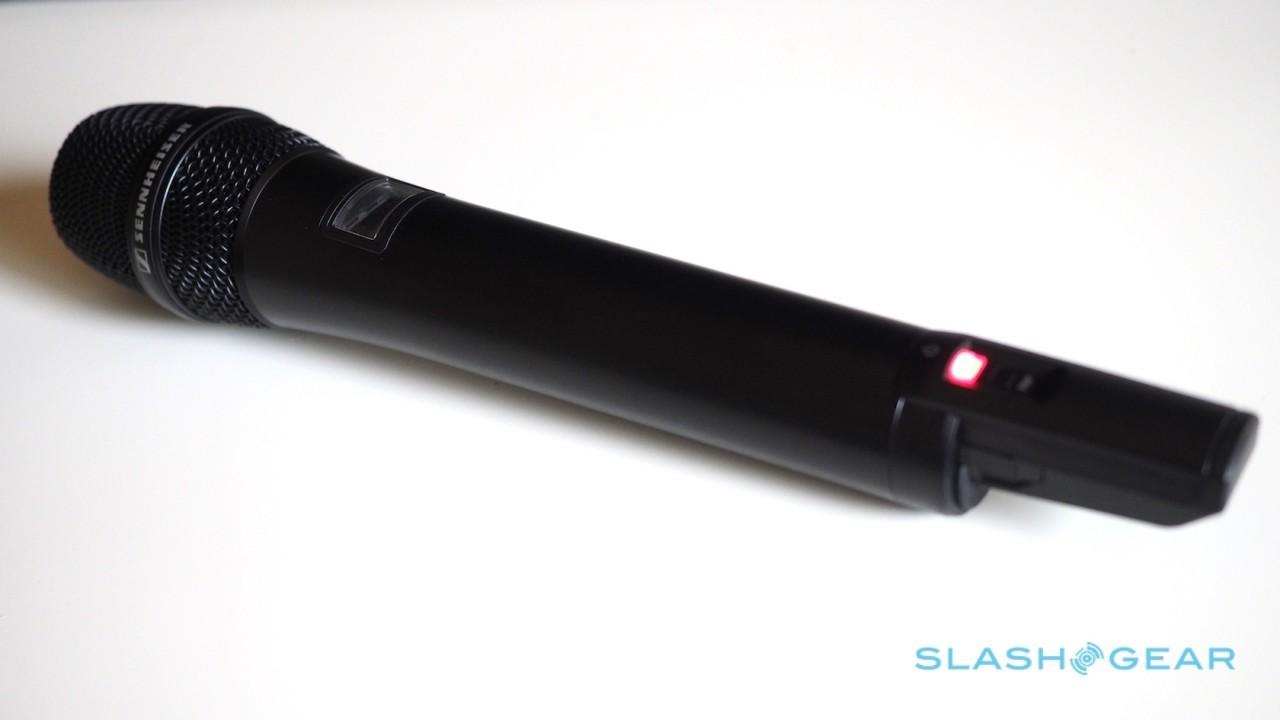 Getting started is straightforward. Each of the battery packs are removable and have a microUSB port for charging; that takes approximately two hours apiece. The small display on the handheld microphone shows a battery gage, while there’s a four-segment LED indicator on the receiver.

That receiver can, if you have an XLR audio input on your camera or camcorder, be plugged straight in, making mounting incredibly straightforward. It’s small and light enough not to get in the way, either, and if your XLR supplies phantom power then the receiver will automatically power on and off as with the camera itself. 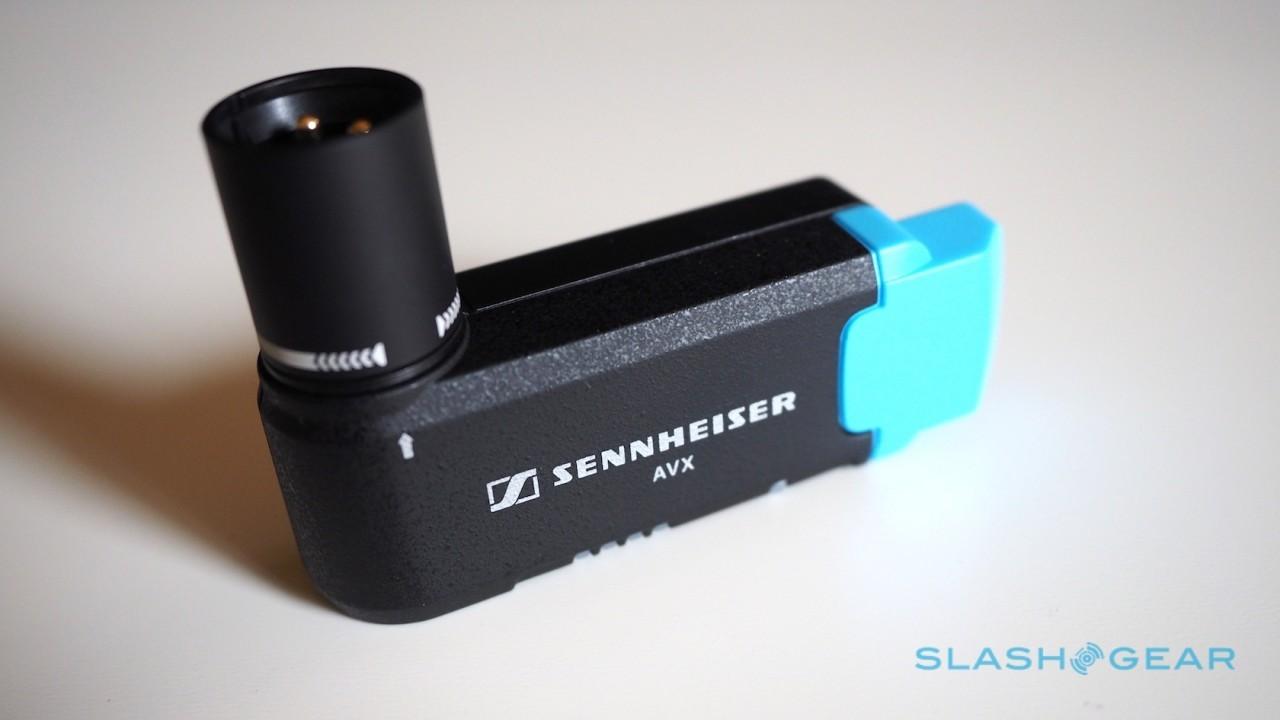 Most prosumer cameras don’t have XLR, however, and so Sennheiser includes an adapter for a 3.5mm input in the box, along with a mounting clip to put the dongle on your hot-shoe. A clip means you can put it on your strap – with a longer cable, mind – if you’re planning to use the hot-shoe for something else.

Unfortunately, the metal-bodied receiver lacks one port of note: a headphone output for monitoring levels. That’ll have to be done through whatever headset jack your camera of choice provides. 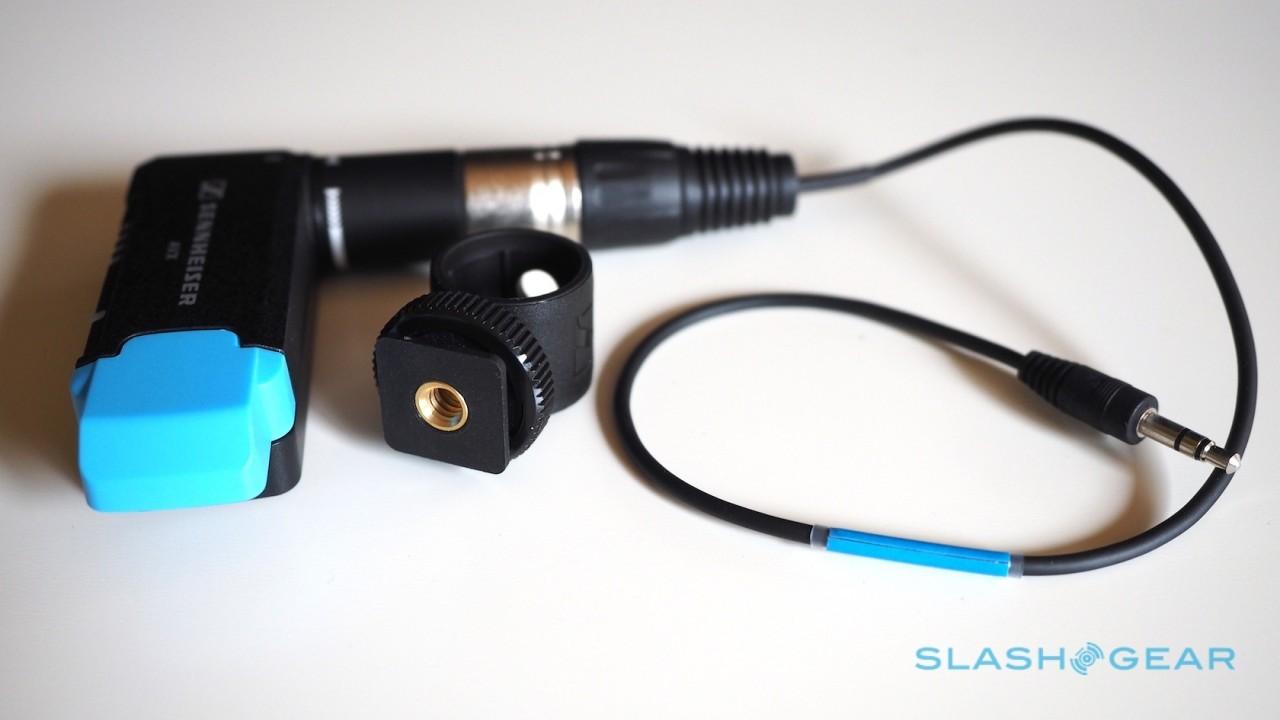 What I particularly appreciate is that all of the wireless channel management is handled automatically. The AVX uses the 1.9GHz DECT range – which means you don’t need a license – and you could have up to eight running simultaneously in the US, each with their own channel. It’s worth noting that you can’t pair more than a single microphone with each receiver, mind.

Sennheiser’s frequency-hopping tech then steps in to handle interference and distance. The AVX system will pick its initial connection frequency when powered on, and then keep monitoring which adjacent bands are clearest while you’re using it: if something starts congesting the current band, the microphone and receiver flick to another without a break in their link. 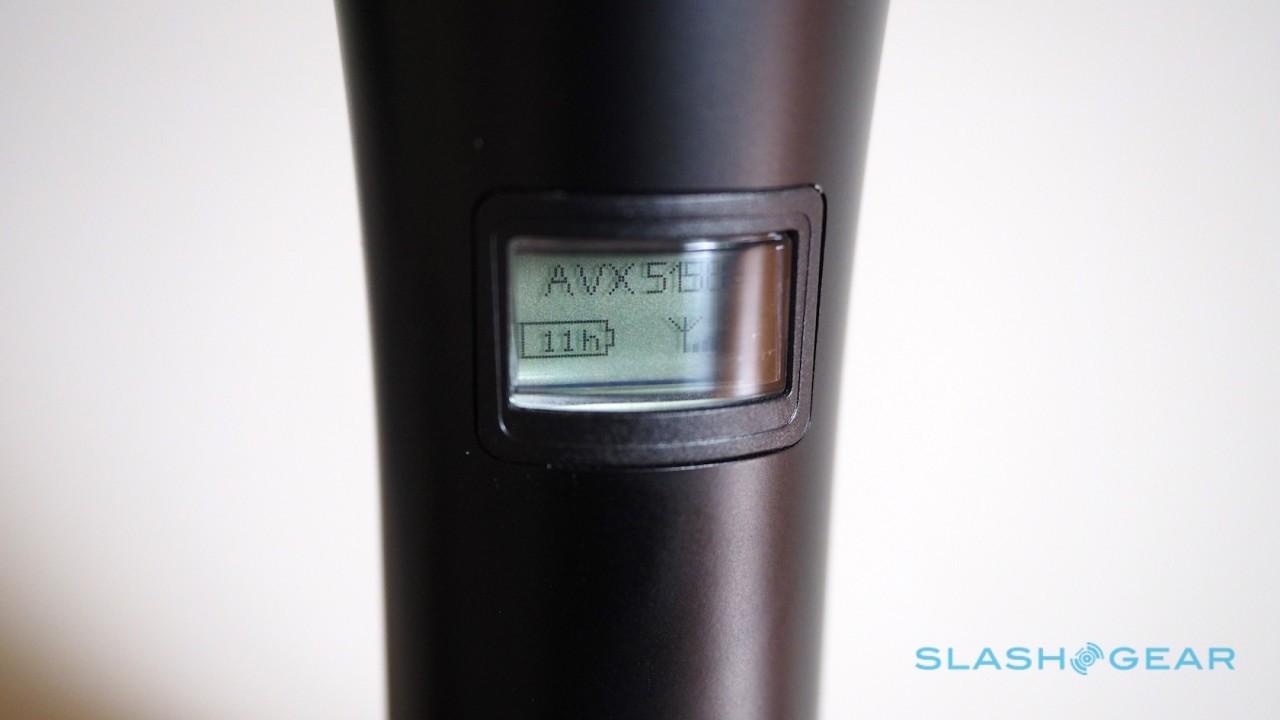 Given much of our recording takes place at events, where setup time is never as plentiful as we’d prefer and you’re always competing with other wireless users, having the audio system take this part of the process off our hands can mean the difference between a usable video and discovering you’ve recorded great visuals but mediocre sound.

As for range, Sennheiser suggests typical video applications should see around 30 meters or 100 feet, but line-of-sight will improve that. Interestingly, if you’re closer, the receiver and microphone will opt to cut transmission power themselves, with the aim of saving battery life. 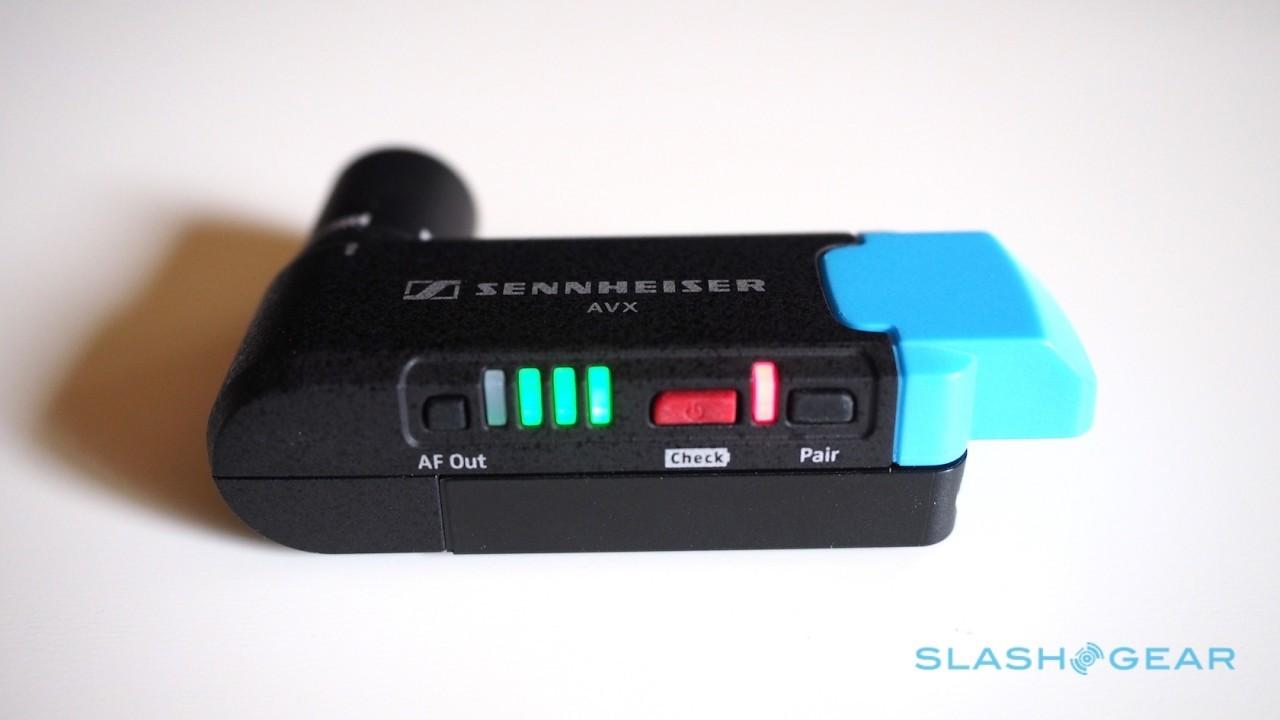 Levels can be manually set – in 10 dB steps for 0, -10, -20, and -30 dBu – but Sennheiser uses what it calls Dynamic Range to cut down on extremes of volume that might lead to clipping or inaudible speech at the camera’s input.

It works surprisingly well, too. Left to its own devices, the handheld microphone made sure speech could be heard over background noise, but without over-exaggerating things to the point where the audio track distorted. 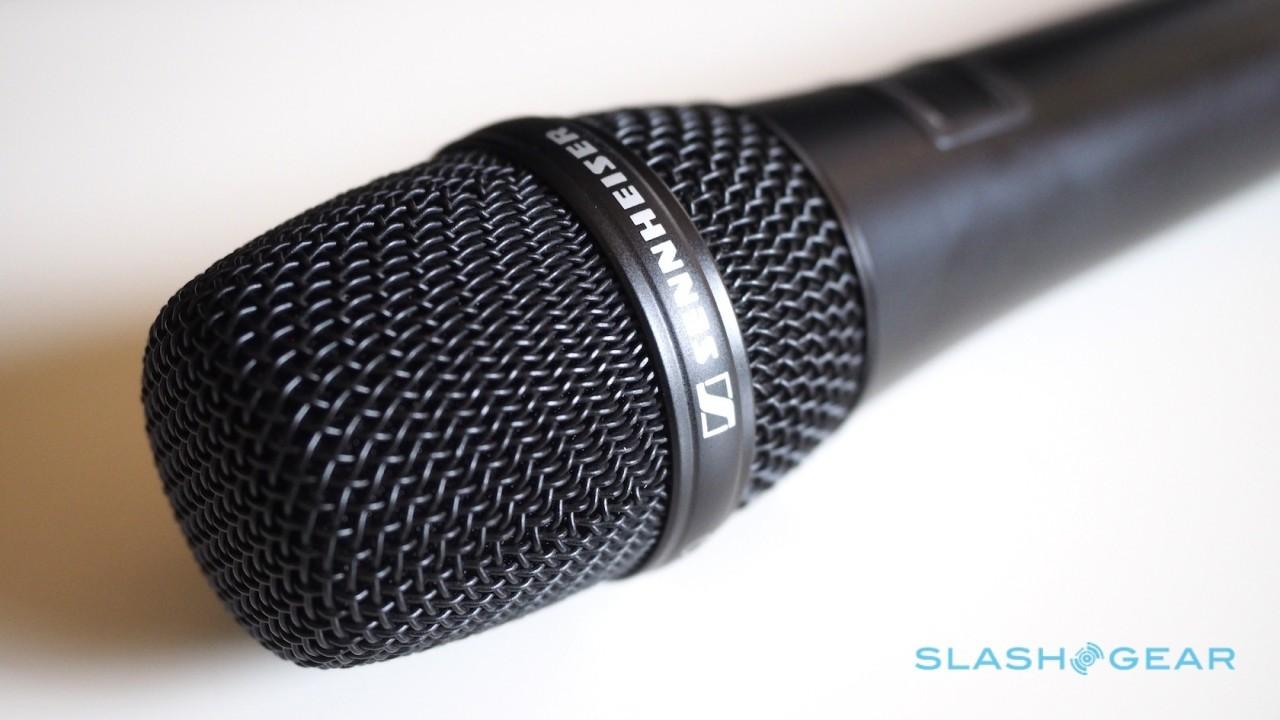 Sennheiser also makes a body-pack transmitter for the AVX system, with a 3.5mm input for a lavalier microphone, which has the same specifications as the handheld microphone. Unfortunately I did not have that to test.

Speech is its forte, with Sennheiser’s super cardioid capsule nicely directional to minimize background sounds as long as you’re on the ball with where you point it. 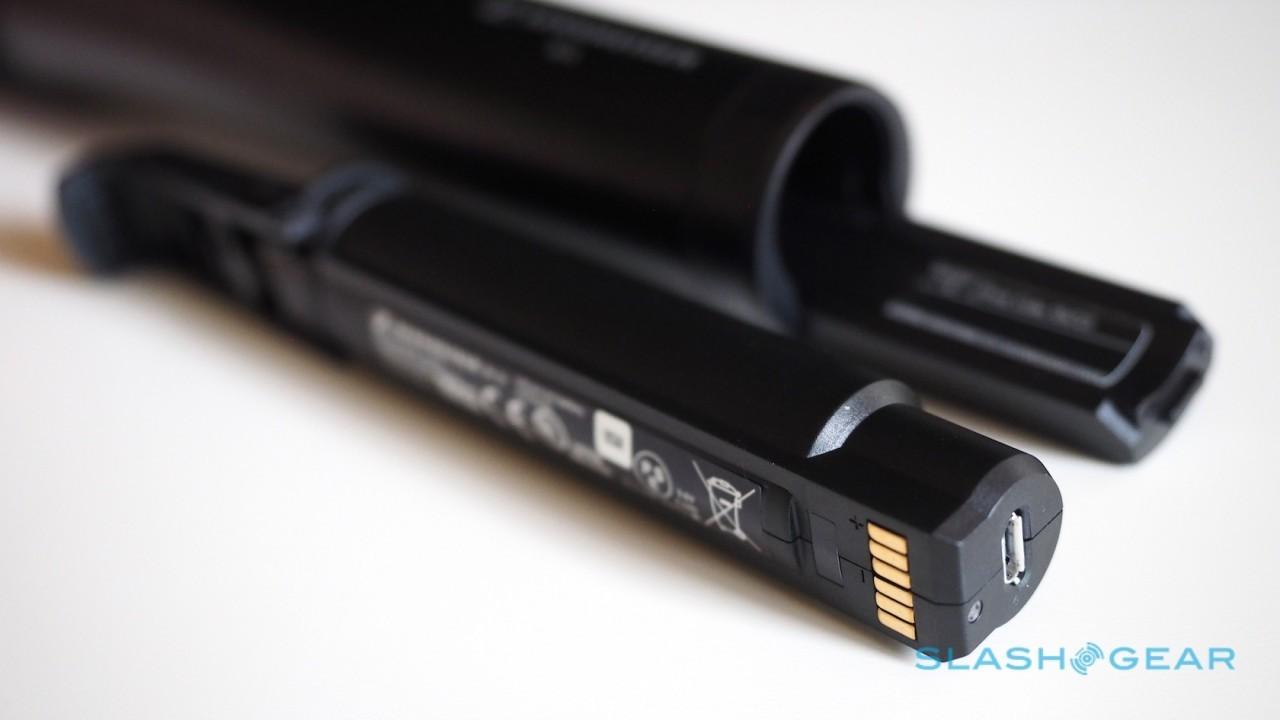 As for battery life, I tested using the XLR to 3.5mm adapter and without phantom power, so the bottleneck was the receiver. All the same, by making sure I switched off when I wasn’t using it, I got through a couple of days of on/off shooting without having to recharge.

It’s worth noting that the microUSB port on the receiver’s battery is still accessible when it’s plugged in, so you could feasibly run a USB cable from a larger portable battery to extend runtimes. 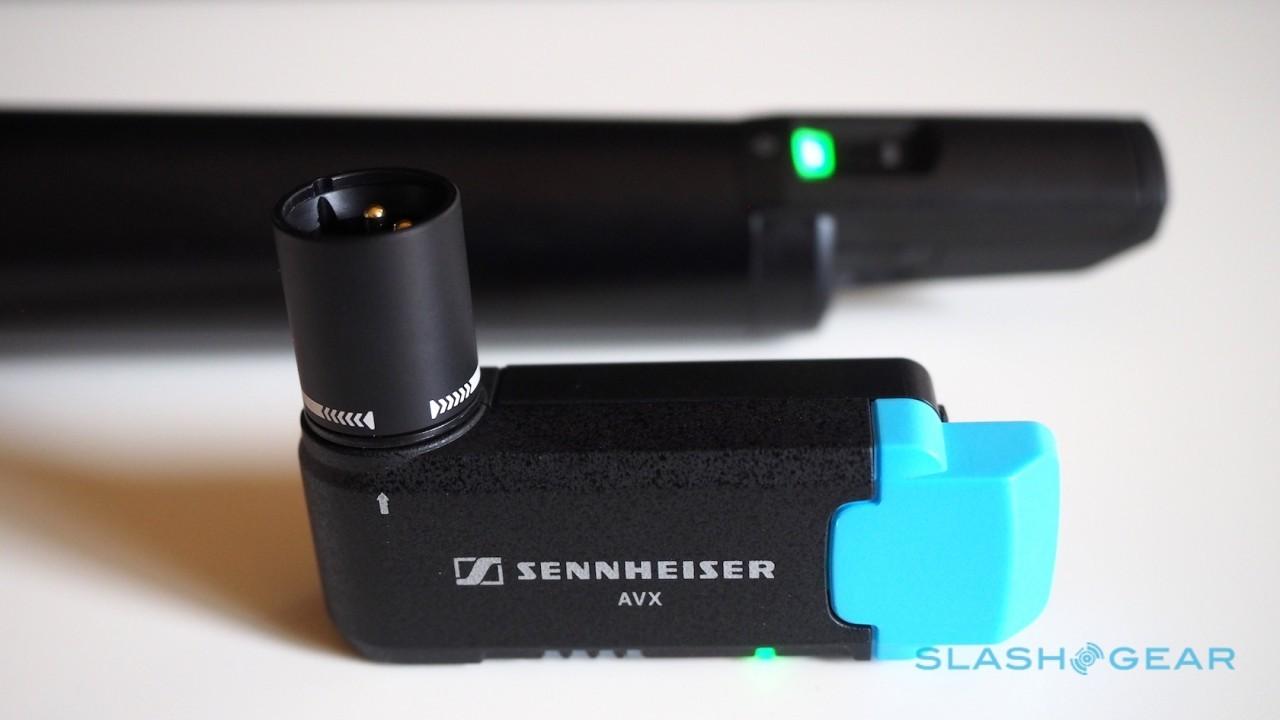 Decent wireless microphone systems aren’t cheap, but the Sennheiser AVX does command a premium for its convenience. The handheld set has a street price closer to $900 (the lavalier set can be found even cheaper, at around $750, while a bundle with both is around $1k) but even so, that’s a lot to spend on audio alone.

What you get in exchange, though, is ease of use and quality. Being able to plug in, power on, and get recording in short order has a high value of its own, particularly if you’re shooting events or impromptu interviews where your subject is unlikely to have the patience to wait while you fiddle with settings. 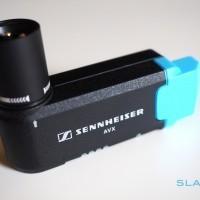 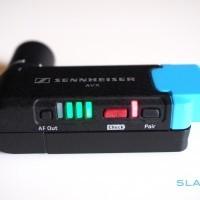 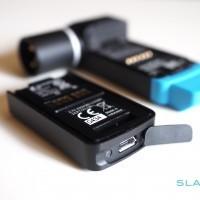 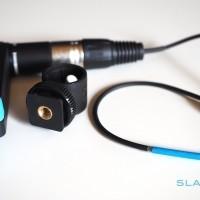 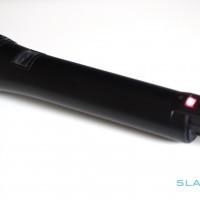 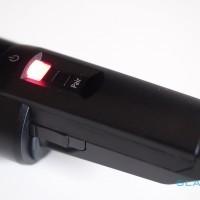 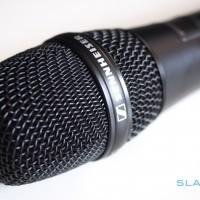 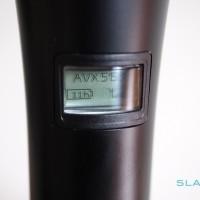 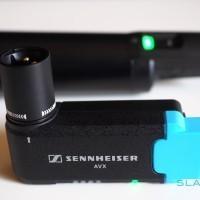 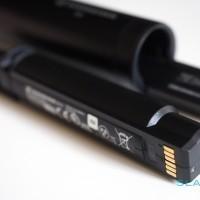