Send to Kindle for iOS takes on Pocket, Instapaper, Safari

Instapaper and Pocket are most likely the household name when it comes to read-it-later services. That is probably true for most platforms as well as for those who jump in between platforms. For Apple’s faithful, however, plain old Safari and its Reading List feature might actually have the upper hand. Now those two services’ supremacy are again being challenged on iOS once more as Amazon rolls out an update to its iOS Kindle app that, among other things, adds a “Send to Kindle” sharing function to Apple’s mobile platform.

Yes, the Amazon has ventured into the read-it-later service. Well, sort of. It works the same way in that it allows you to share web pages, using the same system-wide iOS mechanism, from Safari or Chrome or any other web browser to the Kindle. Or at least that’s the promise.

Behind the scenes, Kindle converts the web page or document into the Kindle format and then sends it to your Kindle cloud account. This way, you can view the web page in the Kindle app pretty much like an ebook, complete with turning animations, and tweak its appearance, like fonts and page color. Services like Pocket only go as far as changing font sizes and switching between stripped down article mode and full web page view.

That said, the feature goes about this in a rather roundabout manner. Whereas Pocket would locally “save” the page on the phone and then sync it with the cloud, Kindle converts and then pushes page to the cloud first. So when you switch to the Kindle app, the page isn’t there yet and requires you to sync first. It definitely puts an emphasis on the “later” part of “read it later”. 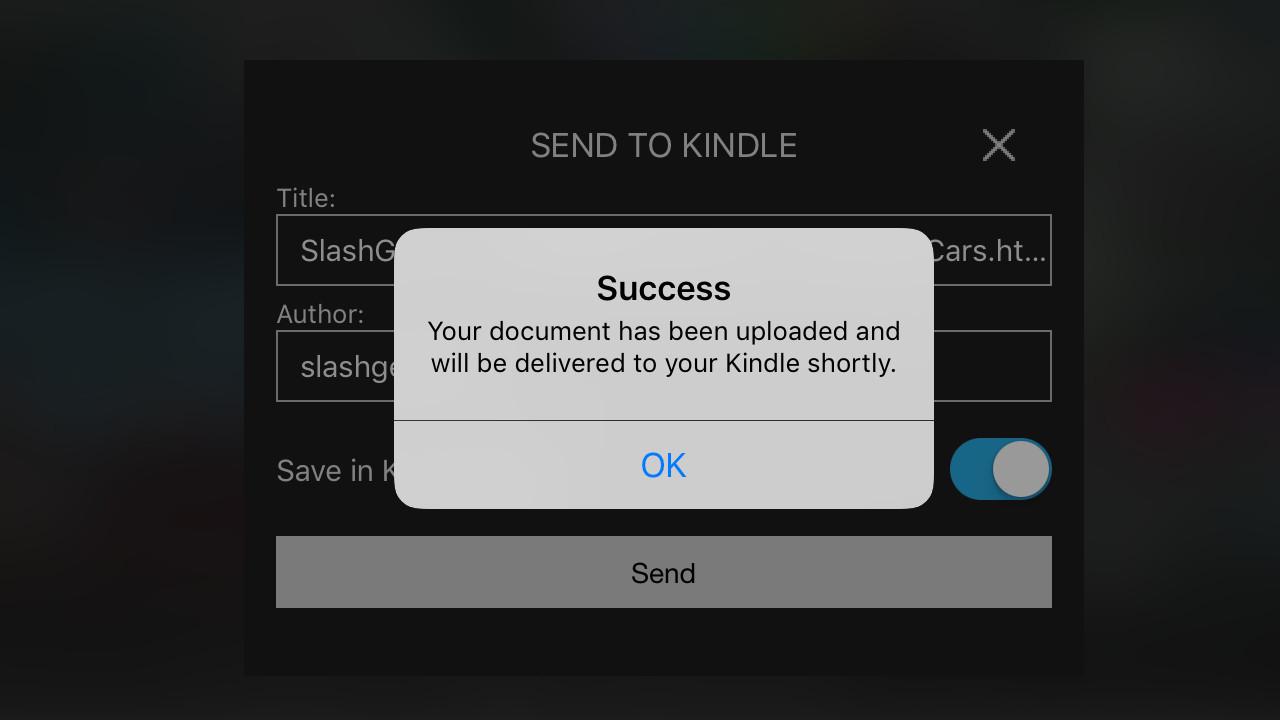 In addition to Send to Kindle, the iOS app update also adds Comixology’s Guided View, which allows for a “cinematic” way of reading comics on the Kindle app. This addition is actually a long time coming, considering Amazon acquire Comixoloy way back in 2014.