There’s a fond place in every gamer’s heart for consoles of the past, whether an old GameBoy or a lesser known Sega Saturn. One modder gave that latter console, in particular, a luxury makeover, transforming it into a portable “laptop” made out of wood.

The device was made by a Turkish modder who goes by the handle “c_mon”. Plywood was used to make the frame, though it doesn’t look like your typical plywood DIY box. Using a CNC Router and laminate, the plywood was cut and shaped and eventually pieced together. 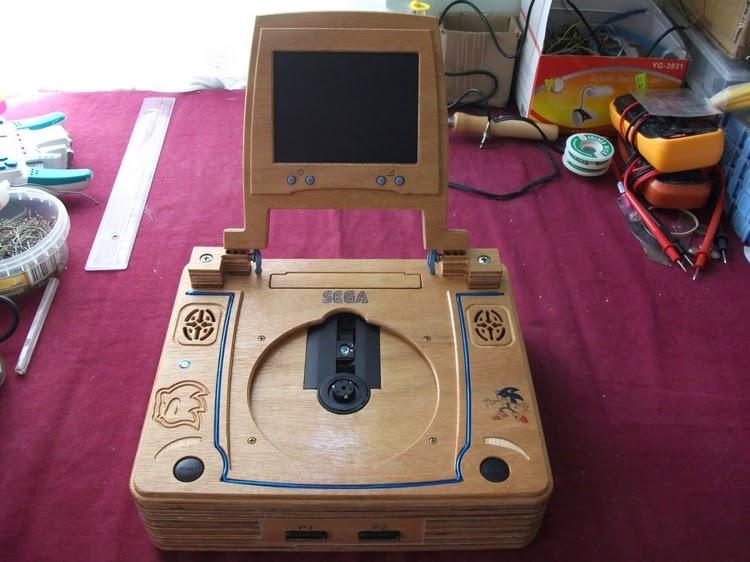 The final case is said to be a bit smaller than the original console, though taller, which isn’t surprising given the addition of a hinged display for on-the-go gaming. The display is powered by a composite video cable running from the Saturn.

Because it is a “laptop,” it has had its own powered speakers added to give it audio. There’s a fan to keep the device cool, and the original console’s reset and power components. For those who are wondering, the console was eventually sold on eBay.