One major reason we doubt that these images are “legitimate” is the extensive past this fellow has in creating his own renders. It is possible that he’s received some advance-notice schematics to create his own rendering and posting them to Twitter, but most clues point toward non-official sources. The device he shows, on the other hand, looks pretty great.

Geskin should be watched closely through the future to track falsified leaks as his renders look just about as good as Samsung’s own. Regardless of the official (or likely non-official) nature of the renders, what we’re granted here is a glimpse of what the Galaxy S8 could be. Most of the details you see here can be connected to insider tips, rumors, and or obvious generational upgrades.

This device seems to fall in line with previous Samsung Galaxy S8 tips and rumors, including a fairly massive display that reaches both the left and right edge of the machine. This smartphone would have an edge-to-edge display, as past Galaxy Edge devices would, but it’d also command nearly the entirety of the top and bottom, as well. The display won’t likely spill over the top or bottom, mind you – it’s just taking up a lot more of the front space than in the past. 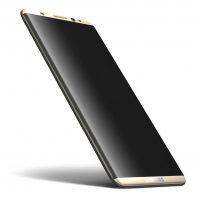 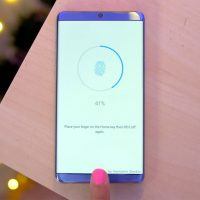 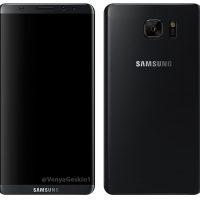 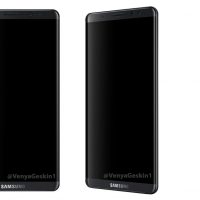 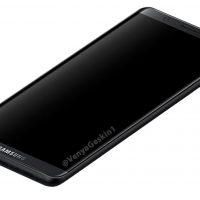 We’ll be seeing more of this device – or the real Samsung Galaxy S8, that is – in a few weeks. Samsung has not yet made their next Galaxy event official, but when they do, we’ll let you know ASAP.