A mysterious blob of amber appeared in a study published this week in PNAS. In the ancient piece of tree resin were bits of sand and evidence of several sea creatures. How did these sea creatures find their way into one of the most helpful preservers of history in all of nature? And how is it that most of the contents of this amber are far younger than the biggest mystery of all: One very, very old ammonite.

The blob is a mid-Cretaceous Burmese amber, and the study was first sent for review in December of 2018. It was made public just this week, on May 13th, and we’re taking a closer peek today. Today we’re sitting amid two mysteries – one about the contents of this amber, the other about the relative age of the ammonite.

How old is this thing?

In the same matrix of volcanic rock in which the amber was found, another ammonite was discovered lodged in sandstone. Zircon (a silicate mineral) in the same matrix was uranium-lead dated to around 98.79-million years old, at max.

That same study put the ammonite (in sandstone) at a likely age of between 100.5 and 113 million years old. Back to the Albian age.

The researchers in the latest research suggest that they attempted to find the earlier mentioned ammonite. They tried to find the actual physical specimen, written data, or imagery of the specimen described in the earlier paper, but could not.

“The specimen of this ammonite was neither described nor figured, and we could not examine it, as attempts to locate the specimen have not been successful,” wrote the researchers. “Thus, the incompatibility of the age and the Mortoniceras ammonite remains unresolved,” said the researchers. 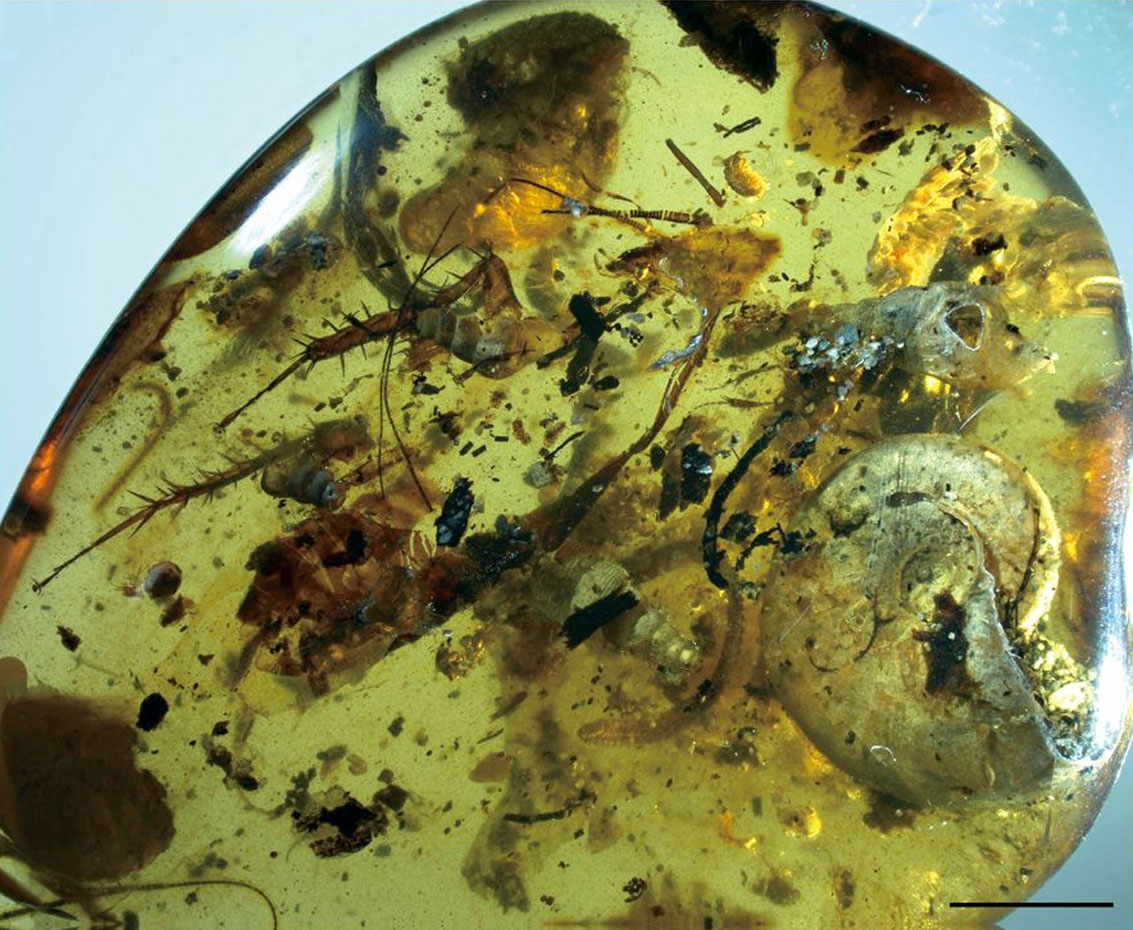 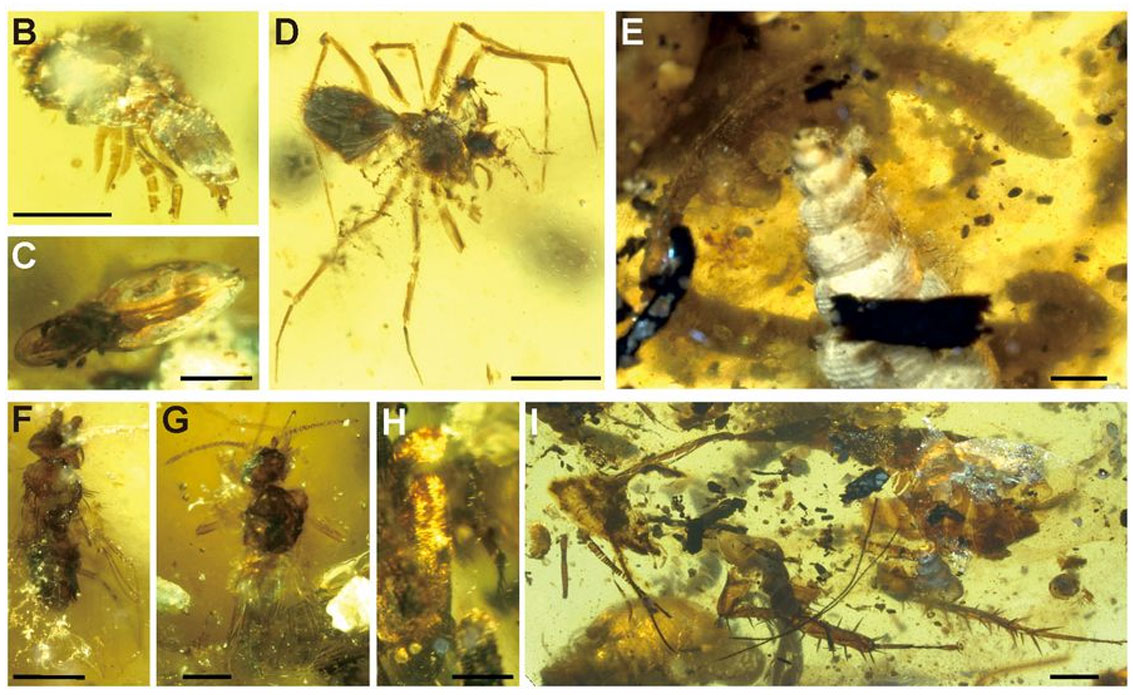 The contents of the amber include “both terrestrial (insects, millipedes, spiders, and mites) and marine (ammonite, gastropods, and isopods) organisms.” Because of this, the amber sample is quite rare. How could this amber (fossilized resin that flowed from a tree), capture both terrestrial and marine creatures?
Evidence for this mystery lies in martesine pholadid bivalves. These little beasts left boring marks (little teeth marks, basically) on the outer bits of the amber. Martesine bivalves themselves were also found trapped in the amber.

Analyzation of the composition of the amber showed araucarian conifers as a likely origin. This could mean the resin was dropped by a tree on a beach.

Lack of soft body material and the incomplete preservation of the marine ammonite and gastropods in the amber also suggested that they’d all been dead by the time they’d been trapped in resin. Due to the environmental requirements for the hardening of resin (and eventual transition to amber), it’s unlikely the resin dropped to a place where water washed over quite often.

“The shells may record an exceptionally high, perhaps storm-generated tide, or even a tsunami or other high-energy event,” said the researchers.

“Alternatively, and more likely, the resin fell to the beach from coastal trees, picking up terrestrial arthropods and beach shells and, exceptionally, surviving the high-energy beach environment to be preserved as amber.”

To learn more about this subject, take a peek at the paper “An ammonite trapped in Burmese amber.” This paper was published in PNAS (Proceedings of the National Academy of Sciences of the United States of America) with DOI:10.1073/pnas.1821292116 on May 13, 2019.