As game consoles become more powerful, one particular aspect seems to have taken a small step backward instead. Internal storage naturally has to be a bit limited, but the latest PlayStation and Xbox generations have also made expanding that storage either more difficult or more expensive. While the Xbox Series X|S has long had storage expansion, the available choices aren’t exactly accessible, making the sighting of this 512GB card from Seagate an early holiday treat for Xbox gamers.

You could, of course, connect an external SSD to an Xbox Series X|S console, but that only functions as deep storage. Because of the console’s requirements, even this SSD would be too slow to run games sufficiently. To expand the console’s 512GB or 1TB external storage, you’ll have to invest in a high-speed card.

At the moment, the best and perhaps only option in the market is Seagate’s 1TB Expansion Card that Xbox itself also advertises and sells. While fast and roomy for games, it is also quite expensive because of the CFExpress technology that it uses. That 1TB easily goes for $220, which may be well beyond the budget of many gamers.

Windows Central reports sightings of two upcoming Seagate storage solutions, and one of those includes a 512GB Xbox Series X Storage Expansion Card. The smaller capacity would suggest that it will also be cheaper, though the exact price hasn’t been leaked yet. If retailers in the US are starting to put these up on shelves, their promotional period might just be around the corner. 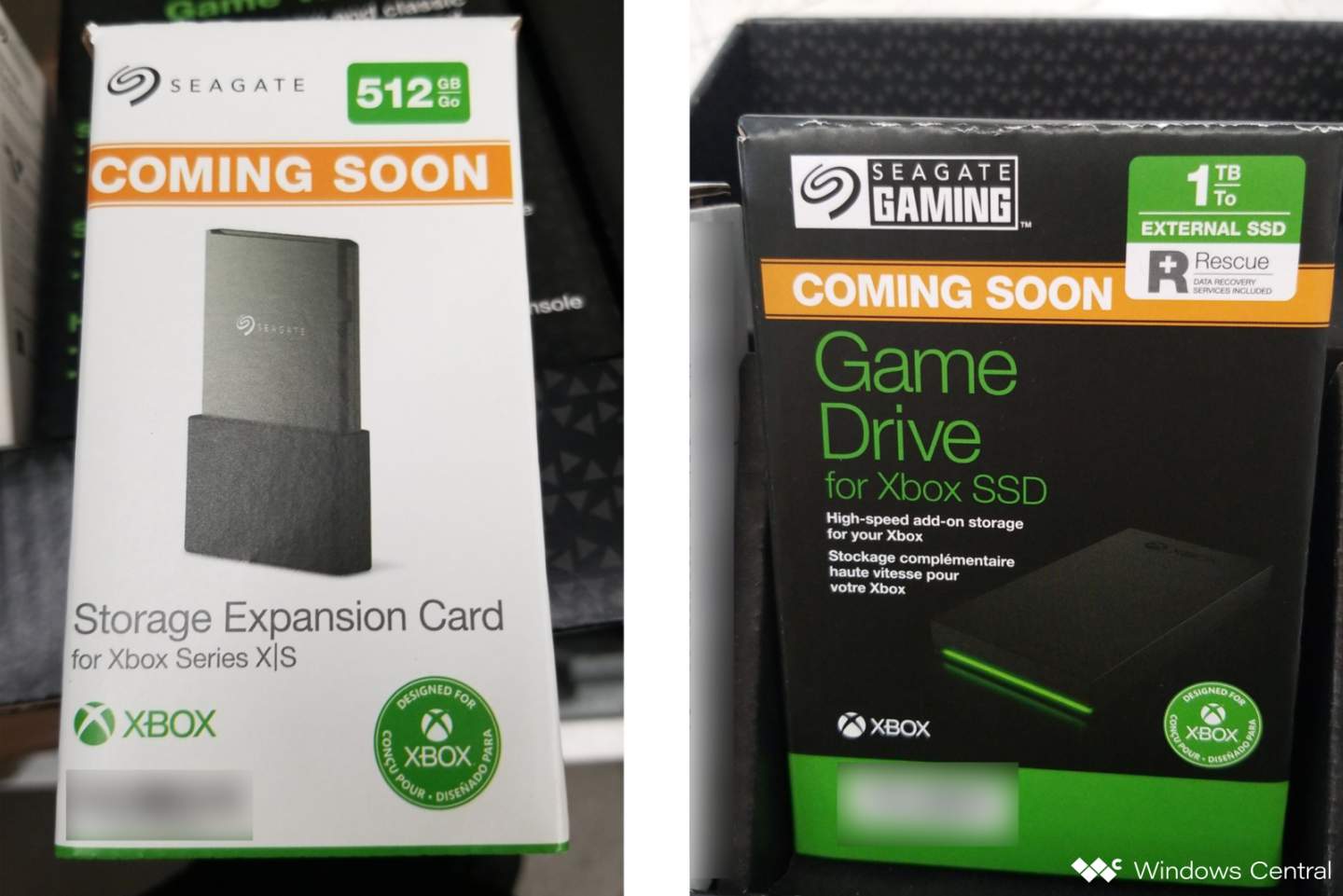 The report also points to a more conventional 1TB Game Drive SSD for the console. Like any other external drive, this is intended to store games you aren’t currently playing so that you won’t have to re-download dozens of gigabytes again when you decide to finally take the title for a spin.