Scientists from the University of Cambridge have designed a new type of drone custom-built to withstand extreme Arctic conditions. They used those drones to make the first-ever drone-based observations of how fractures are forming under meltwater lakes on the Greenland Ice Sheet. The team says that the fractures cause catastrophic lake drainages that transfer huge quantities of surface water to the sensitive environment under the ice.

The new study shows how the water is transferred and how the ice sheet responds. The researchers found that the inflowing meltwater expanded the lake and drainage began when the edge of the lake intersected a fracture that had formed a year earlier. As the ice sheet warms each summer, thousands of lakes form on the Greenland Ice Sheet surface.

Many of the lakes drain in a few hours, creating caverns known as moulins through which water descends to the bottom of the ice sheet. Those cavities normally remain open through the melt season as meltwater from streams and rivers on the surface descend under the ice. During their research, the team was able to witness how the fracture became active and how it propagated 500 meters further into the lake, causing the lake to drain rapidly. 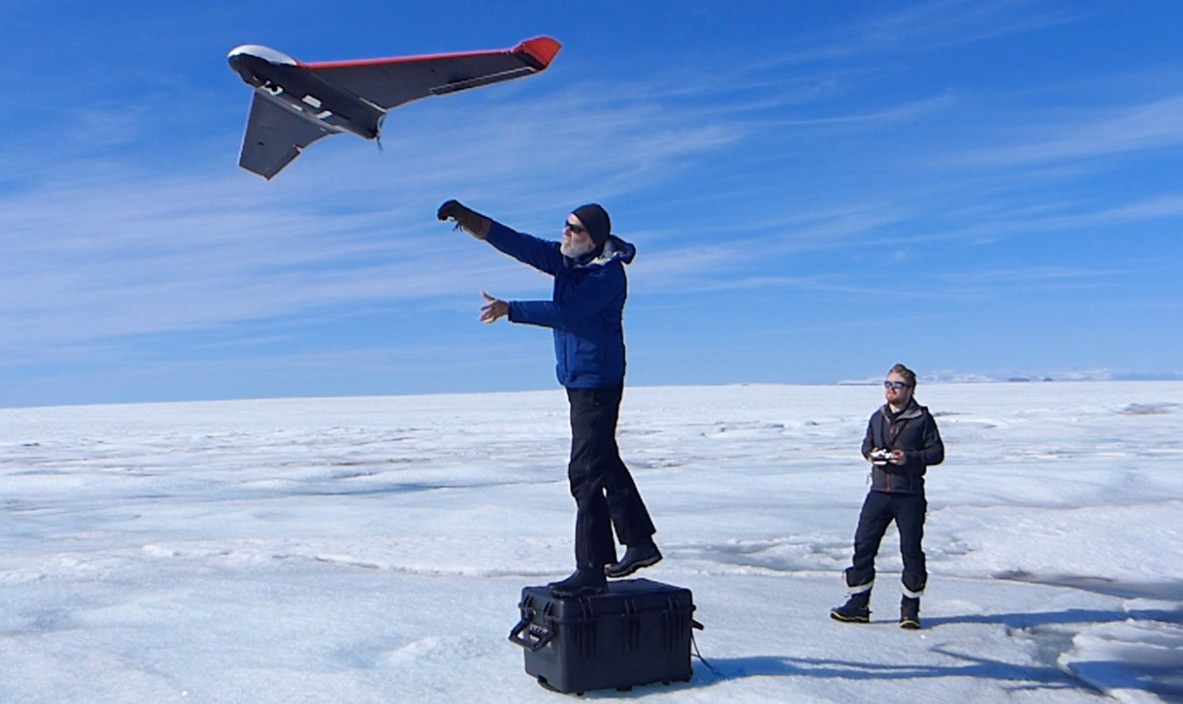 The drones allowed the team to document the flow of water into the fracture and the pathway of the water under the ice. A reconstruction of the event was able to show how the meltwater formed the new fractures and cause the expansion of dormant fractures. In five hours, five million cubic meters of water drained to the bottom of the ice sheet via the fracture, causing a new cavity to form.

The ice flow accelerated as a result from two meters per day to more than five meters per day as more surface water was transferred to the bed. The team says that the flow lifted the ice sheet by half a meter. The drones used GPS and had autopilot tech and were able to stitch together hundreds of photos to create a detailed 3D reconstruction of the ice sheet surface.