Over the last decade, NASA scientists have been shooting laser beams at a reflector on the Lunar Reconnaissance Orbiter circling the Moon that’s about the size of a paperback novel. That small target is very difficult to hit at a distance of 240,000 miles from Earth. Scientists have now announced that they have been able to receive a signal back for the first time.

Researchers say that this is an encouraging result that could enhance laser experiments used to study the universe’s physics. Engineers placed the reflector on the LRO to allow it to serve as a pristine target to test the reflecting power of panels left on the moon 50 years ago during the Apollo era. The older reflectors are returning weak signals making it harder to use them for scientific purposes.

One of the most interesting details that has surfaced from shooting laser beams at the reflectors on the Moon’s surface is that the Earth and Moon are slowly drifting apart. The two bodies are drifting apart at about 1.5 inches per year as a result of gravitational interactions between the two. 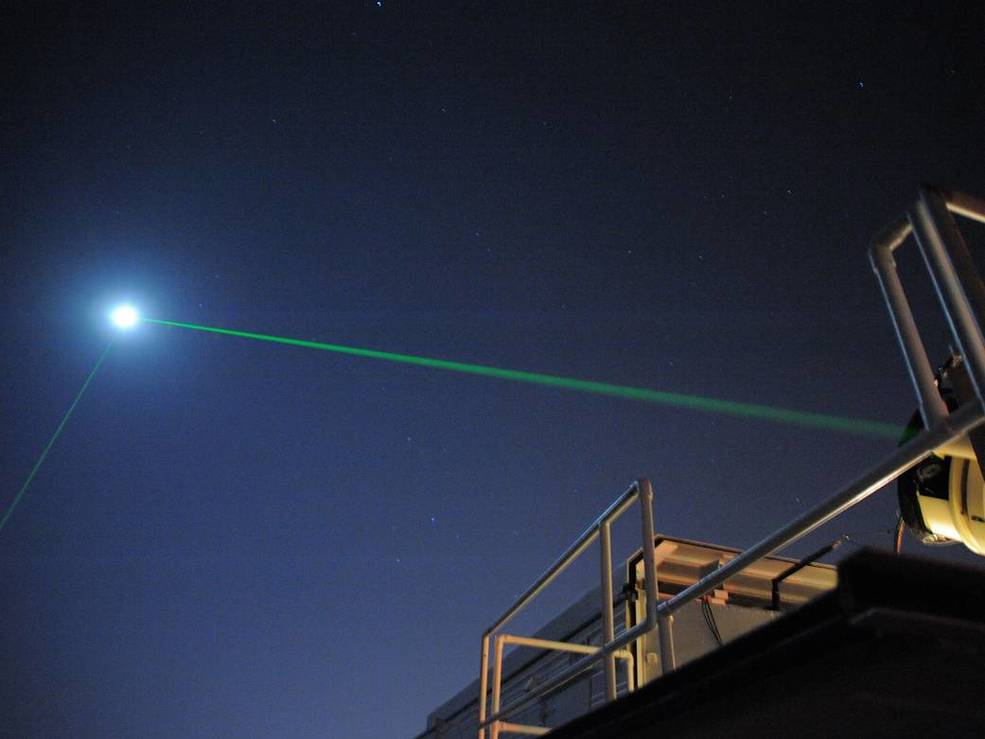 Scientists are continuing to use the panels on the Moon, but they need to determine why some of the reflectors only returning 1/10 of the expected signal. Some believe that dust may have settled on the reflectors over time, possibly kicked up by micrometeorites impacts on the surface. The dust could block some of the light from reaching the mirrors or insulate the mirrors, making them overheat and become less efficient.

Scientists want to use the reflector on the Lunar Reconnaissance Orbiter to determine if that’s true. The team believes if there is a discrepancy in the light returned from the LRO reflector versus the reflectors on the Moon’s surface, they can use computer models to test if dust or something else was responsible. Researchers ultimately hope to be able to account for whatever is causing the interference with the reflectors in data analysis. The team is still looking for the cause as of writing.