Research published this week showed an experiment run by scientists with mutation on their minds. In the experiments, scientists altered single genes of zebrafish and recorded the results. Their aim was to study the evolution of the jaw. They created fish with fused upper and lower jaw cartilages, unable to close their mouths.

Developmental plasticity was the name of the phenomenon described in the research headed by Dr. Tetsuto Miyashita, paleontologist at the Canadian Museum of Nature. Per Psys.org, Dr. Miyashita said, “We generally think evolution adds new things. For example, the first jaws evolved in fish 450 million years ago, giving them the ultimate competitive edge over other living creatures.”

“Today, we would starve and suffocate without jaws,” said Dr. Miyashita. “But sometimes evolution goes the opposite way. Take away something that’s been there for millions of years, and it suddenly opens up new evolutionary directions. My idea is to see it in action.”

Miyashita’s team included researchers and scientists from the University of Southern California and the University of Alberta. In their work, these researchers engineered two independent null alleles of a single jaw joint marker gene, nkx3.2, in zebrafish. With these gene altered, the “nkx3.2 mutants” as they call them, became “functionally jawless” as their upper and lower jaw cartilages fused.

NOTE: In any creature with bones, non-movement of bones at points were there might normally be joins can result in ankylosis. That is the stiffening and immobility of a joint due to a fusion of bones. These fish didn’t have the joint they needed to make the moves, so the bones just went ahead and connected. 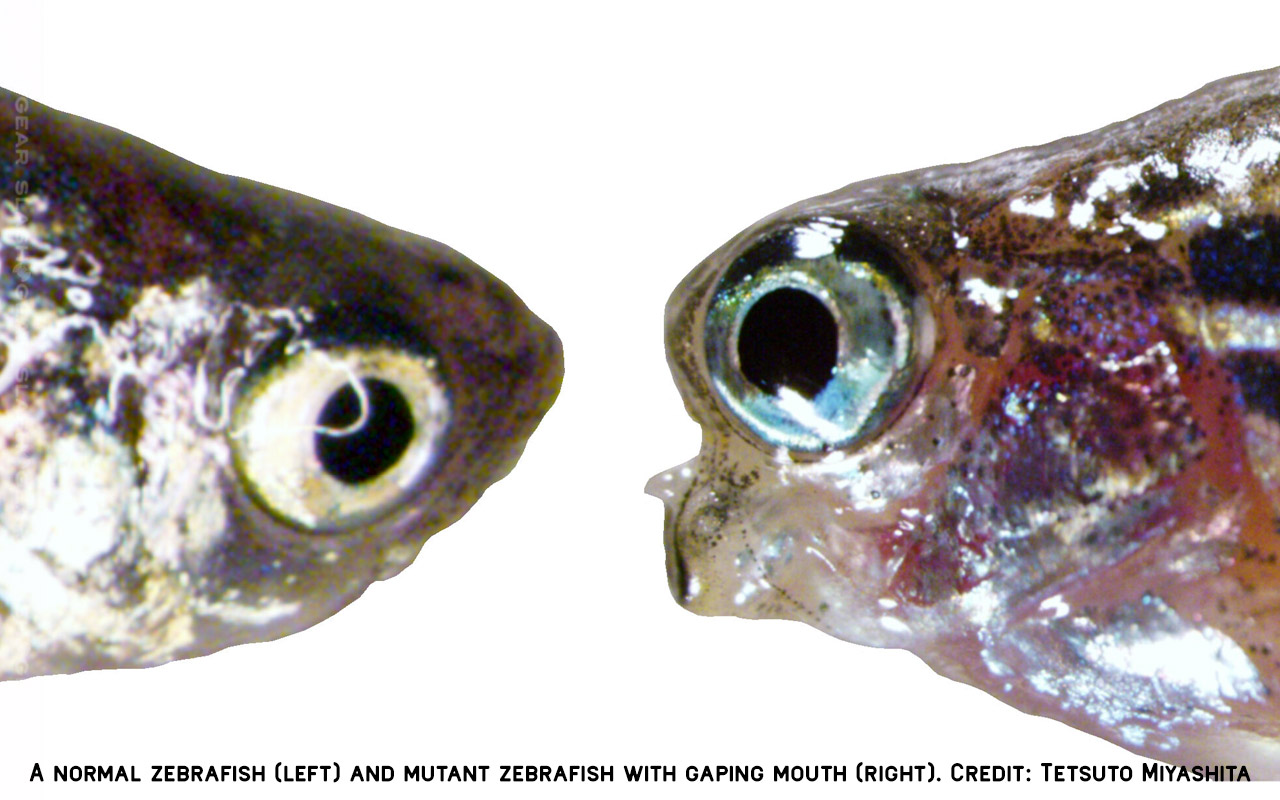 (a) having a remodeled skull with a fixed open gape, reduced snout and enlarged branchial region;
(b) performing ram feeding in the absence of jaw-generated suction.