Scientists working in the Antarctic have announced that the very first crop of vegetables has been harvested in a new greenhouse that doesn’t use any earth, daylight, or pesticides. The project is part of research that is designed to help astronauts to cultivate fresh foods on other planets. The greenhouse is at the German Neumeyer-Station III.

So far the researchers have picked about eight pounds of salad greens, 18 cucumbers, and 70 radishes that were all grown inside a high-tech greenhouse while outside temperatures are in the -20C range. The researchers hope to be able to harvest 4-5kg of fruit and vegetables weekly from their greenhouse. That would be over eight pounds of fresh edibles per week. 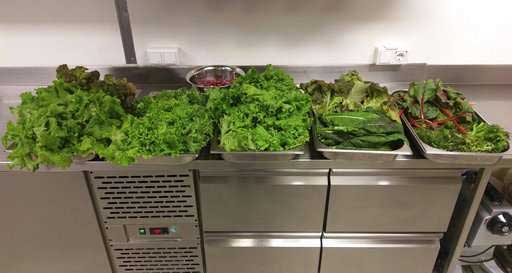 German Aerospace Center DLR’s Daniel Schubert says that the Antarctic project has a goal of proving that a wide range of vegetables could be grown on Mars or the Moon one day. The greenhouse has no soil and uses a closed water cycle, optimized lighting, and carbon dioxide levels.

How to feed astronauts on long-term space missions is one of the biggest challenges facing any manned mission to Mars or long-term living on the Moon. Astronauts are unable to carry enough food for long-term mission and any missions that aims to put food and the materials on the planet ahead of a manned mission adds greatly to the cost.